Bread and Peanut Butter and the Forgiveness of Sins 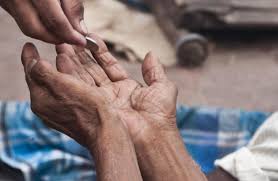 What do bread and peanut butter have to do with the forgiveness of sins? More than one might think at first glance.

Recently a friend told me of how he met a pan-handler in the parking lot of a grocery store, asking for spare change. He knew the man well, for he had often met him and given him the requested spare change. They hailed each other by name as usual, but this day my friend had little spare change to give him. Not wanting to send him away with nothing but an impotent, “Go in peace; be warmed and be filled” (see James 2:16), he offered to buy him lunch at a nearby fast-food place. The man declined, but seeing my friend’s willingness to help, made another request: “Could you buy me a loaf of bread and some peanut butter?” My friend asked him to accompany him into the grocery store so that they could pick out the items together. The man however said that he was not welcome in the grocery store, having been banned from there for asking its patrons for spare change. So my friend went into the store alone, bought the bread and peanut butter, and brought it out to his companion waiting for him in the parking lot.

The moral transaction that occurred that day was an ancient one, and often commended by biblical writers and church Fathers alike. It is called “almsgiving”, whether the alms be in the form of cash or kind. The prophet Isaiah refers to it as “not hiding from your own flesh” (Isaiah 58:7), since the needy person on the receiving end of the food or clothing shares the same human nature and need as does the giver. Tobit 12:9 tells us that “almsgiving delivers from death and will purge away every sin”. The Psalmist says the same thing, reminding us that the one who thus “considers the poor” and helps him will be “delivered by the Lord in the day of trouble”; the Lord will “sustain him on his sickbed, and his illness heal all his infirmities” (Psalm 41:1-3). This is what the Scriptures mean by “the forgiveness of sin”: God’s favour and forgiveness are manifested in His protection, blessing, and healing. The man who trusts God and does what is pleasing to Him (such as giving alms to the poor) will experience His favour when his own time of need comes. His sins will not find him out; when he lies on his sickbed, God will heal him and raise him up. It is in this way that “almsgiving delivers from death”.

It is important for us to learn this lesson, for our own hour of need will come soon enough. Like all important and basic things, such matters of life and death are shrouded in mystery, and cannot be reduced to simple bargains and transactions. One cannot assume that one has any guarantee or immunity from disaster simply because one occasionally gives spare change to a needy pan-handler. But one nonetheless should make “considering the poor” a part of one’s life-style. The Lord Himself assured us that if we use “the mammon of unrighteousness” in this way, we would have our reward, in the next world if not in this one (Luke 16:9). The poor are not annoyances; they are our neighbours, our own flesh, and we hide ourselves from them and their need at our own peril. If we reach out to them, we may find that such almsgiving purges away our sin and delivers from death when we lie on our sickbed. Such deliverance does not cost much in terms of money. We may find it for as little as the cost of a loaf of bread and some peanut butter.

One last thing: may I ask you to pray for the pan-handler who received the alms? His name is Don. You may never meet him yourself, but that is of little consequence. He has many brothers and sisters, and one of them can be found in a parking lot near you.