Is The Corona Virus A Sign Of The Apocalypse? From the beginning of the spreading of the corona virus infection, and also the panic enflamed by the mass media, apocalyptic expectations were stirred up among the church people. The situation is exacerbated by the fact that on the canonical territory of the majority of Orthodox Churches all this ugliness began during Great Lent, and the peak of the number of cases of infection crept in right around Pascha.

In this situation the words of Christ involuntarily come to mind: and there will be earthquakes in various places, and there will be famines and troubles. These are the beginnings of the sufferings (Mark 13:8). But it must be said that we are far from the first Orthodox Christians who have found ourselves in a similar situation. For example, “Regulation concerning quarantines, composed by the Code of Laws [of the Russian Empire] (edition of 1857) and the Continuation of 1876” paragraph 1378, describes the closing/opening of churches (Divine Services) according to the observation of the local authorities. With this, paragraphs 831 and 835, the breaking of the measures of quarantine proposes a serious penalty, up to death by execution. There exist also the directives of the locum tenens of the Patriarchal throne, Metropolitan Pimen of the Diocese of Stavropol, number 24/И11, 1970, connected with the spreading of epidemics, the forbidding to give Holy Communion to the faithful, kissing the icons, the Cross and other already known measures.

The current times seem to be particularly extraordinary. Therefore, for this reason, in order to calm down a little, it is necessary to say a few words about what we are told from the Book of Revelation of St. John the Theologian. I would like to start from the end, specifically with the words: Yea, come, Lord Jesus! The grace of our Lord Jesus Christ be with all of you. Amen (Rev 22:20-21).

Let’s think about this. Suppose that one of us were to live until the last times, he would still experience only a small part of those terrible events foretold about the last times, and not all of them in their entirety. But the Apostle John saw the whole thing with his own eyes — yet after that he still does not tremble or panic, but ends his story with such a wonderful exclamation. Thus, he still puts the final emphasis on our Savior, and not on the Antichrist.

Today we hear about many fantasies of a few scholars, philosophers and writers concerning the cosmic past or cybernetics, the technocratic future of mankind, lining up possible plans and scenarios, but all these discussions leave out the most important aspect — the meaning and point of it all. Where are we going? Why do people exist? Why does the world exist? Does everything really end with a crude grave for each individual person and empty, bereft of room for life in the universe beyond the grave?

We understand very well that this is not so. Therefore, the Apocalypse, as part of Holy Scripture, — is also a book of meanings. We need to see in it not the crash of our ailing civilization, to which we are so attached, which is why we fear, not the destruction of our hopes and vacation plans, and not even in the end the difficulty that the last Christians on earth will have to endure, but the victory of Christ over the devil, the victory of life over death, the
destruction of all the evil wrought by human hands and demonic paws.

We need to wait not for the “goat’s snout”, thinking that he [the devil] is somehow in control of something here separated from God, but our focus should instead be on the Creator who loves us endlessly. After the Last Judgement, the time will come when Christian hope will dissipate, everything will have already been decided, but until then we live with the hope of eternal joy with the One who gave His life for us.

Let us return to today’s situation. Concerning the troubles at the end of the world, it has been sufficiently and clearly stated, and we all know these citations very well. But here’s the question: can the corona virus be considered 100% a sign of the coming of the Antichrist?

I think that the answer is no. This does not in any sense mean that we should abandon prayer and sobriety and grow weak and “get stuck” on the internet and computer games during the quarantine.

Let us give an example. In the sixth chapter of Revelation we read the following: And I saw, and behold, a pale horse, and its rider’s name was Death, and Hades followed him; and they were given power over a fourth of the earth, to kill with sword and with famine and with pestilence and by wild beasts of the earth (Rev 6:8). Eusebius of Caesarea mentions that many Christians associated these words not with the distant future, but with the time of the
persecutions of Maximian. 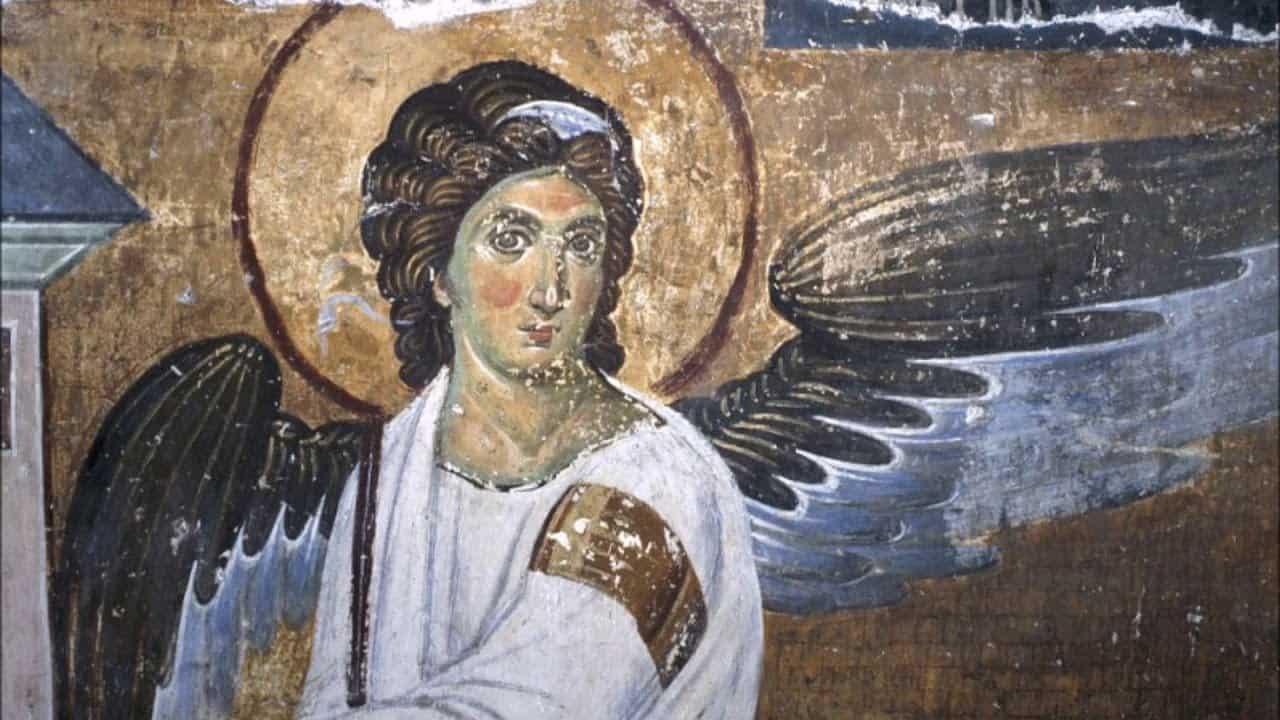 The mentioning of the troubles can be seen in words such as these: The fifth angel poured his bowl on the throne of the beast, and its kingdom was in darkness; men gnawed their tongues in anguish and cursed the God of heaven for their pain and sores, and did not repent of their deeds (Rev 16:10-11). This discourse is about ulcers by which people will be seduced by the Antichrist, that is, a very specific physical punishment which can hardly be attributed to the corona virus, 80% of people with it suffering from the milder form and 3-4% from the deadly form, moreover those people afflicted on average between 70-80 years old. In the twelfth chapter we read about the appearance of a certain woman, with a crown of stars, clothed with the sun, and the moon at her feet, who was with child and cried out with her pangs of birth (Rev 12:2). Some commentators see in this image the Mother of God, but luminaries such as Hippolytus, Methodius and Andrew of Caesarea interpret this instead as representing the Church. Thus, “pangs of birth” — this clear terminology, signifies the sufferings which the Christians will face during the end times. A direct analogy begs here with the words of the Apostle Paul: When people say, “There is peace and security,” then sudden destruction will come upon them as labor pains come upon a woman with child, and there will be no escape (1 Thess 5:3).

To summarize a little. In the Apocalypse there are indeed indications of illness, but they look in many ways much more concrete and frightening than the exaggerated panic surrounding the corona virus.

To say that today’s world events are some kind of a rehearsal for the future things to come of the seduction of people by the Antichrist, is fully possible, but this would still need to be realized based on the consequences of what will happen in the future.

It is not necessary for now to affirm something like that with a significant degree of probability. Should we, Christians, be afraid of possible future trials? Of course not. We are not waiting for the Antichrist, but for our Savior, and if anyone ever sees the end of the world, that time, despite all the hardships, should be a time of happy and patient expectation of meeting with Christ: Yea, come, Lord Jesus!

Most viewed articles
Army of Milwaukee Protesters Sing Worship Song ‘Way Maker’345
Patriarch Bartholomew Contacts Orthodox Primates on How to Serve Holy Communion265
Abuse of Power209
If We Want to See God, Where Do We Begin?123
Do We Live In Between?99
Memorial Sign in Honor of Mother Maria Skobtsova Appears in Paris80
Pentecost Letter from His Eminence Metropolitan Joseph72
Moscow Churches to Reopen for Parishioners on June 666
Main Church of the Armed Forces of Russia to Be Consecrated on June 2250
4 June: International Day of Innocent Children Victims of Aggression21
Most popular authors
Pravmir.com team461
Tré Goins-Phillips345
Priest Dustin Lyon209
Archpriest Michael Gillis123
Archpriest Stephen Freeman99
Archbishop Joseph of New York and Metropolitan of All North America72
Iulian Dumitraşcu21