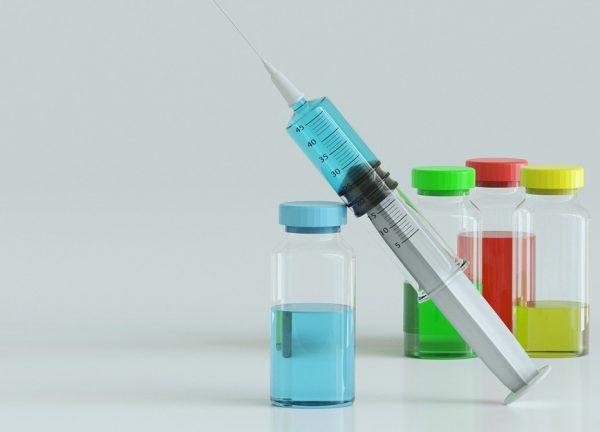 Recently Pravmir received a question from a reader on whether an Orthodox Christian should get vaccinated against COVID-19. One of the reasons against vaccination is an opinion that it can contain the seal of the Antichrist. Fr. Georgy Maksimov, PhD in Theology, spoke on whether this opinion is true.

The idea that a liquid chip for detecting coronavirus and a future vaccine will become the seal of the Antichrist is a “ridiculous fantasy” spread by schismatics or near-schismatics, said a famous Russian priest, PhD in Theology, Fr. Georgy Maksimov.

“These are absurd fantasies, spread, as a rule, by people from schismatic or near-schismatic structures. With such messages they want to draw attention to themselves, recruit and then control people,” said Fr. Georgy commenting on the dissemination of such information via YouTube channels and other websites, reports the Dnes news agency.

The priest recalled that attempts to find the seal of the Antichrist in modern technologies have already been made several times.

“There are no liquid chips that are put into a vaccine, there are microfluidic chips. These are solid chips with microreservoirs for the fluids they process. All these false fantasies are just an insult to the mind of an Orthodox Christian. Orthodox Christians should not believe in this,” the priest emphasized.

According to him, sooner or later a vaccine against coronavirus will appear, but people spreading such falsehood turn others against vaccination in advance, so that Orthodox Christians who believe them will get sick and some will probably die, and this is already a crime.

At the same time, Fr. Georgy recalled that in the 13th chapter of the Revelation of the Apostle John the Theologian (Apocalypse) it is written that the seal of the Antichrist will be visible, which will be put on one’s right hand and forehead.

“How can you put a liquid chip on your forehead and on your right hand?! If it is injected into a vein, it means that it will begin to circulate through the blood, and this is no longer the forehead nor the right hand,” added the priest.

“The seal of the Antichrist is a mark that will be visible to everyone. With its help in the future they will identify a person, distinguish those who bowed to the Antichrist from those who did not, and not allow the latter to buy or sell. Those who do not accept this seal will become outcasts. What’s the point of an invisible seal? Without special equipment, invisible tattoos, as well as subcutaneous chips, cannot be seen. But a clear mark on one’s forehead and hand is easily seen both with the help of special equipment and with the naked eye,” explained Fr. Georgy.

The priest expressed regret that there are believers falling into fear and despair because of the spread of such falsehood and think “as if this fountain of lies is Orthodoxy.”