Source: Foma (Russian)
Or the Rules of Pulling up Baobabs
Alexander Tkachenko | 27 July 2022 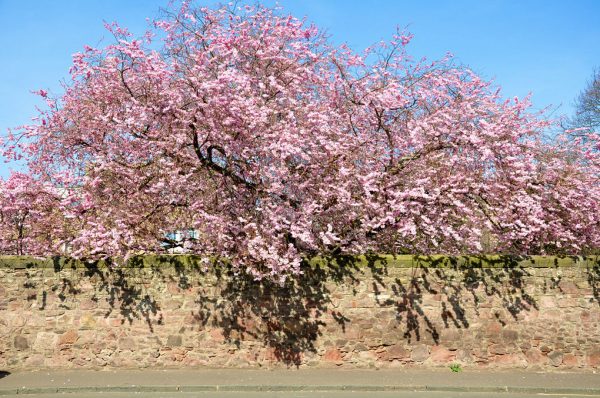 What is Christian love in a marriage? What role does it play? And how is a believer meant to “build” this love? Alexander Tkachenko, a regular author of Foma magazine and a psychologist, answers these questions.

What is the main purpose of love in marriage?

The spouses’ love has many different sides, it is so multifaceted and rich in shades and nuances that thousands of writers, playwriters, philosophers, and psychologists have been talking and writing about it for centuries.

However, if we are going to consider Christian love between spouses, then it is necessary to determine how it differs from all other kinds of love. The criterion for this definition is very simple: to love is to wish for the good of another. And the highest good in Christianity is salvation, inheritance of eternal life.

Christian love between husband and wife precisely lies in the desire to cooperate in every way, to help each other towards this goal. If it is about some other goals and objectives, then we should immediately clarify that it is not the Christian aspect of love, but some of its other manifestations.

The New Testament has explicit references to such relationship between spouses, which will determine the fate of each of them in eternity. The faith of one of spouses may prove to be salvific for another: If any brother has a wife who does not believe, and she is willing to live with him, let him not divorce her. And a woman who has a husband who does not believe, if he is willing to live with her, let her not divorce him. For the unbelieving husband is sanctified by the wife, and the unbelieving wife is sanctified by the husband. …For how do you know, O wife, whether you will save your husband? Or how do you know, O husband, whether you will save your wife? (1 Corinthians 7: 12-16).

However, it also describes tragic variants of the outcome of the Christians’ married life: I tell you, in that night there will be two people in one bed: the one will be taken and the other will be left (Luke 17:34).

Therefore, the mutual assistance of husband and wife in a matter of joint salvation, without exaggeration, may be called the most important matter of the spouses’ Christian love in marriage.

How can husband and wife put such Christian mutual assistance in a matter of salvation into practice?

The words of the Apostle Paul may be considered as an explicit reference to the way of putting Christian love in marriage into practice… Bear one another’s burdens, and so fulfill the law of Christ (Galatians 6:2). This phrase is used in the text of the New Testament not just as some pious wish, but as a commandment, not having fulfilled which a person cannot consider themselves a Christian. Of course, it is not about helping each other with carrying loads. Bishop Theodoret of Cyrus explains these words in the following way, “You have one fault, but do not have another. He, on the contrary, does not have a fault that you have, but has another one. You bear his fault, and he shall bear yours. Thus, the law of love is fulfilled. For the Apostle called love the law of Christ”.

However, such generous and sympathetic tolerance of each other’s faults does not necessarily mean complacent acceptance of sin. After all, if a loved one ruins their soul in front of you, while developing some passion, if they sin day after day and you do not stop them and justify yourself with the Apostolic words about bearing burdens, then you contribute not to their salvation, but to their death.

How can one combine tolerance of faults and assistance in their eradication in a Christian marriage?

A fault is not necessarily a sin. More often by faults we understand certain traits or habits, which we may not like or get annoyed with, but it is not a sin. When tolerating these manifestations, a mutual “adjustment” of husband and wife’s personalities happens, without which marriage is simply impossible. Yet in relation to sin, a Christian cannot show any tolerance, and marriage here is no exception.

Husband and wife are one flesh. And sin is a deadly disease. When taking care of the spiritual healing of a loved one, a spouse does not invade someone else’s territory. It is their legitimate right, moreover, it is their Christian duty, the neglect of which will inevitably entail grief and suffering for both.

There are no closer people in the world than husband and wife. Therefore, spouses before anyone else in the world are able to notice rudiments of sinful habits in each other: barely sprouted seeds of evil, which, having come into full force, can destroy a person for eternal life. In a Christian marriage each of the spouses is called to take care not only of their own soul’s purity, but also of their soulmate’s spiritual life. After all, a person cannot often notice some manifestations of sin in themselves until they bear destructive fruits. A close person may immediately notice them even at the stage of their emergence.

In his famous fairy tale, Exupery explains why the Little Prince had to pull up the sprouts of baobabs on his small asteroid, “…A baobab is something you will never, never be able to get rid of if you attend to it too late. It spreads over the entire planet. It bores clear through it with its roots. And if the planet is too small, and the baobabs are too many, they split it in pieces. <…> You must see to it that you pull up regularly all the baobabs, at the very first moment when they can be distinguished from the rosebushes which they resemble so closely in their earliest youth. It is very tedious work, but very easy”.

It is obvious that “the early sprouts of baobabs” in the person’s spiritual life are the very first manifestations of sin and propensity for it. A Christian love of spouses centers not only around tolerating each other’s faults, but also around this very tedious, but very easy work: pulling up baobabs on their planet, which they both share.