This question was raised by one of our readers. Hitler’s assassination is a popular story line, and authors of books (or computer games) sometimes dream about how they would ride a time machine into the past and kill the future dictator, thus saving tens of millions of lives. For example, in Stephen King’s novel “The Dead Zone”, the protagonist asks an old veteran: 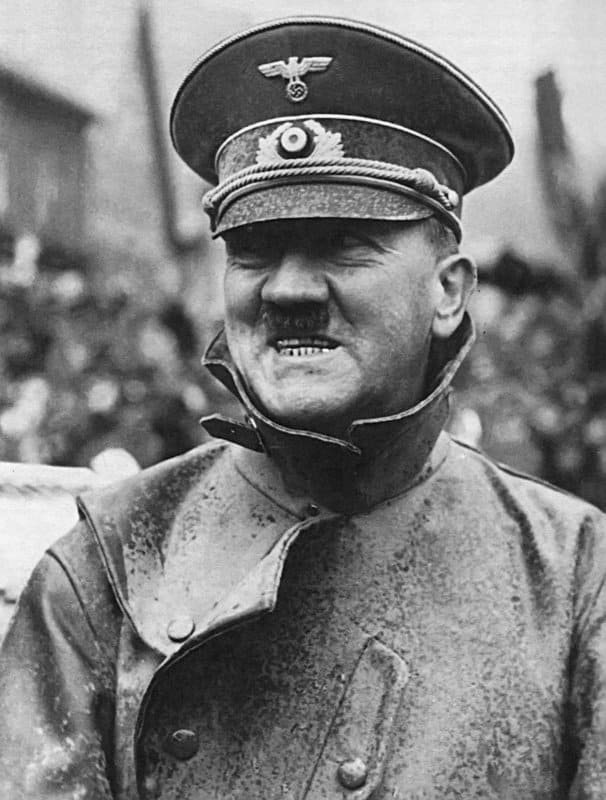 “–You see… suppose… suppose you got into a time machine and returned in the year 1932. In Germany. And suppose you meet Hitler. Will you kill him or keep him alive?”

“I would have thrust a knife into this killer, right into his black and deceitful heart,” Markstone said. “I would stick the knife to the handle… and then I would turn it, like that.” He slowly turned his hand with a knife, first clockwise, then counterclockwise. A strange smile appeared on his face and smooth gums, like those of a baby, became visible. “But before,” he said, “I would have smeared the blade with rat poison.”

The question of why the Lord God – who has, unlike us, all the possibilities – did not do this, seems natural. As the psalmist used to say (obviously, about some other villain), “Surely thou wilt slay the wicked, O God!” (Ps. 139:19)

This way of dealing with evil looks simple and obvious. But sadly, it does not work.

Hitler’s murder would make little difference. Nazism, World War II and genocide did not ripen in a single head of the embittered veteran of the First World War and an unsuccessful artist. All this matured slowly in millions of heads both in Germany and throughout Europe.

Many sins of many people led to that development of events. The leader of German Nazism could be called not Hitler, he could be not an Austrian, but, say, a Prussian or Bavarian. This would not have changed much.

The ominous movement of European civilization towards disaster, which went through many events in the military, political, intellectual, aesthetic, scientific – and, moreover, spiritual – spheres, would have found someone similar to Hitler, even if Hitler himself had been killed on the fronts of the First World War or during the Beer Hall Putsch.

The First World War led to the collapse of the customary world of European empires. An optimistic belief in the progress of civilization had decayed in the trenches.

Millions of people had learned to kill, and could not find a place in civilian life.

In Russia, the Bolsheviks seized power, and, as Lenin said, “turned the imperialist war into a civil war.”

Germany was defeated; and the victors thought more about punishing the Germans and not about establishing a lasting and true peace.

As a result, the so-called Versailles Treaty was imposed on Germany, which put it in an extremely humiliating position and obliged it to pay huge reparations, which placed a heavy burden on the economy.

The Weimar Republic, established after the war, suffered from monstrous inflation. After the elections to the Reichstag, the largest fractions were received by the Nazis and Communists. And they could not and did not want to cooperate to maintain a stable state.

The streets were ruled by Nazi militants (SA), and the army simply could not suppress them due to the fact that its numbers had been drastically reduced by the same Treaty of Versailles. Frightened by the events in Russia, the German inhabitants (and a part of the German elite) were ready to support the Nazis, because they saw protection from the Bolsheviks in them.

The catastrophe ripened for a long time at the level of ideas, too. The racial theory, which we used to consider a feature of German Nazism, gained influence throughout the Western world from the second half of the XIX century.

In the first third of the twentieth century, the universities of Scandinavia, the English- and German-speaking world considered the most firmly established scientific truth that humanity is divided into “races”. Those “races” had progressed to varying degrees along the evolutionary path from monkey to human, and an English gentleman (or a Prussian general) was naturally superior to the Irish or Slavs (not to mention blacks) and had the natural right to command the “lower races”. Moreover, the very nature of the “lower races” was predetermined to disappear from the face of the earth, making room for the “higher” ones. 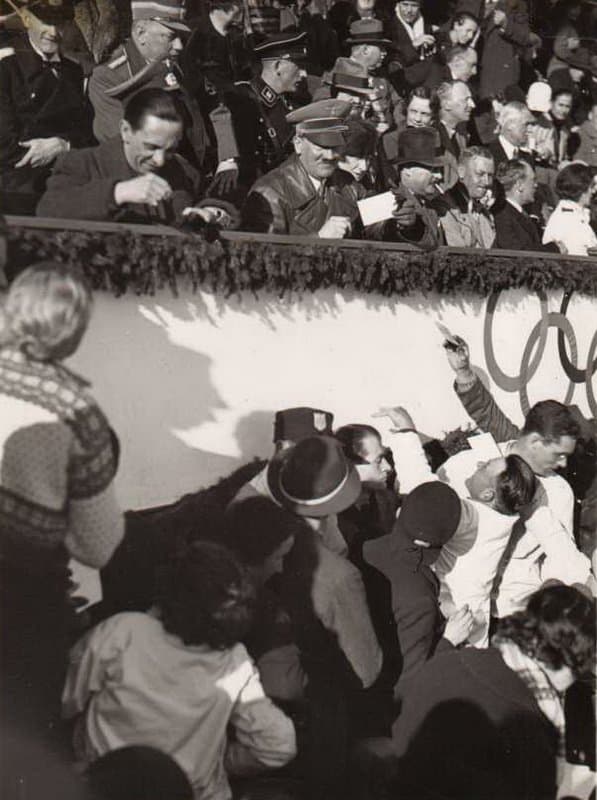 German Nazism simply brought to its logical conclusion an intellectual process that had began long before it.

On a spiritual level, the de-Christianization of Europe made room for militant secular ideologies that, on the one hand, claimed to be “scientific,” and on the other hand, provoked quasi-religious devotion in their supporters.

All this evil could not have been stopped by simply sticking a poisoned knife into Hitler, or, let’s say, striking him with lightning.

Killing an evil person is not difficult; it’s much harder to defeat evil.

Many evil wills, many acts of sin and opposition, many false and poisonous ideas in the souls of a huge number of people in Germany, in Britain, in France, in Russia, in the USA, in other countries took part in creating the flow that brought Hitler to the top of power. And, had it not been for Hitler, this stream would have carried someone else out.

Unfortunately, evil and sin do not come from some individual bad people whom we could kill in time so that good people arrange paradise on earth. They are distributed in the world too diffusely, and there are too many bad people who contribute to historical disasters.

And Christianity draws attention to another important, but unpleasant fact: we are among them, too. Not a single drop considers itself guilty of a flood, and not a single person sees his personal sins as the cause of world catastrophes; but it is what it is. And the question “why God did not kill Hitler” may well lead to the question “why God did not kill me”.

And there is an answer to it: because God seeks to save all these bad people who follow false ideas. Including me.

He bears the evil generated by human sin, because He expects our conversion to good.

Evil is not defeated by killing an evil man: in fact, it would be a defeat in the struggle for his soul. Evil is conquered by repentance, obedience to the commandments, and recession from sin. And the nearest battlefield, where we should defeat it, for which we are responsible to people and God, is ourselves.

Most viewed articles
The Virus that Stole Pascha796
The Sign of the Prophet Jonah in Our Days276
Statement of the ACOB-USA Executive Committee Concerning Holy Week and Pascha206
The Spiritual Desert of Our Times196
V. Legoyda: Pascha Was Celebrated During Plagues and Other Disasters, We’ll Celebrate It This Year As Well157
Archbishop of Albania on Making Hope, Courage and Positive Attitude Contagious in this Pandemic146
Realizing the Value of Having a Church and the Importance of Receiving the Sacraments128
Metropolitan Onuphry Speaks on What People Should Do to Overcome the Pandemic77
Joseph Shows Mercy22
Use Deserted City and Isolation for Spiritual Profit, Patriarch Daniel Urges4
Most popular authors
Eric Hyde796
Pravmir.com team440
Bishop Alexis of Bethesda276
John G. Panagiotou196
Gheorghe Anghel146
Protopresbyter George D. Konstantopoulos128
Archpriest Michael Gillis22
Aurelian Iftimiu4