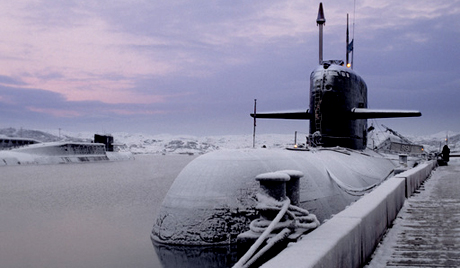 Today Russians pay tribute to the sailors of the nuclear submarine “Kursk” who died 12 years ago on August 12, 2000 in the Barents Sea.

The tragedy claimed the lives of 118 people.

Ceremonies will be held at all Russian Navy bases as well as in all military installations.

All ships and submarines will fly their flags at half mast and all naval units and installations will observe a moment of silence.

The Russian Orthodox Church will pray for the peace of the souls of the dead.

The submarine “Kursk” sank in the Barents Sea, 175 kilometers from Severomorsk, at a depth of 108 meters due to an accident that occurred on August 12, 2000.

According to the conclusions of a government commission set up to investigate the tragedy, the cause of death of the crew was a torpedo explosion in the forward compartment of the submarine.