Exactly one year ago today, January 27, 2013,  His Beatitude, Metropolitan Tikhon was enthroned at Saint Nicholas Cathedral in Washington, DC as Archbishop of Washington, Metropolitan of All America and Canada. On behalf of the Holy Synod of Bishops, the clergy, monastics and faithful of the Orthodox Church in America we pray that our Lord will grant him peace, safety, honor, health and length of days “rightly dividing” the word of God’s truth. Axios! Eis polla eti despota! God grant you many years!

Among the greetings received by Metropolitan Tikhon were the following. 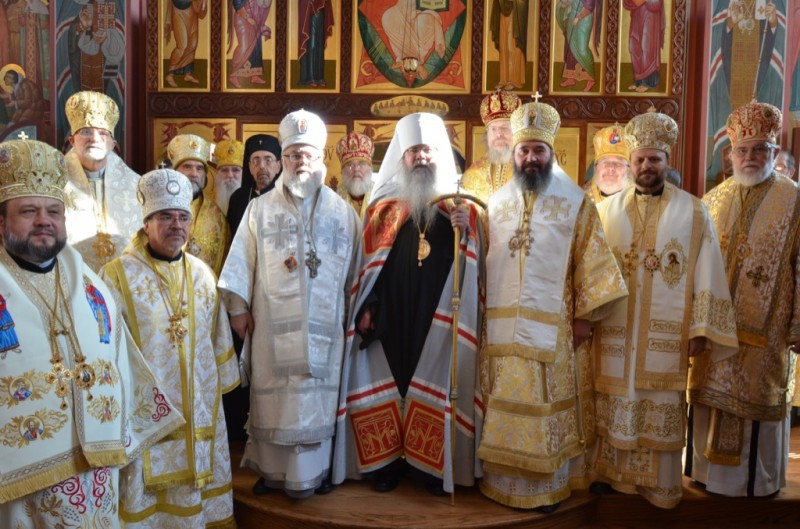 GREETINGS OF HIS HOLINESS, PATRIARCH KIRILL OF MOSCOW AND ALL RUSSIA

Your Beatitude, Beloved in the Lord Brother and Concelebrant at God’s Altar,

I cordially greet you on the occasion of the first anniversary of your enthronement as the Primate of the Orthodox Church in America.

By the will of the Holy Spirit and according to the conciliar decision, you were called to a lofty and important service—to strengthen the flock, entrusted by God to your care, in the salutary Orthodox faith.

I wholeheartedly wish you help from above in your work for proclaiming the Gospel of Christ in the American land.  I also wish you sound health and abundant spiritual gifts from the All-Generous Heavenly Father. 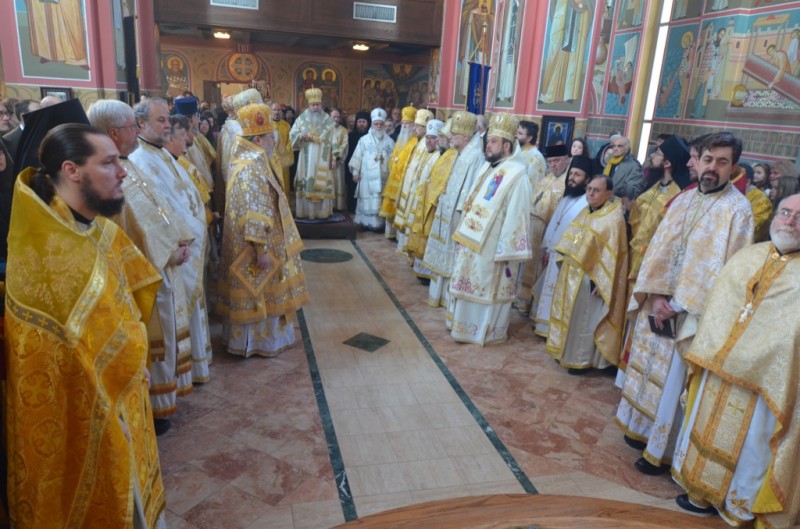 GREETINGS OF HIS EMINENCE, METROPOLITAN HILARION OF VOLOKOLAMSK

I wholeheartedly greet you with the first anniversary of your ministry as Primate of the Orthodox Church in America.

While being prayerfully strengthened by the intercession of Saint Tikhon, Patriarch of Moscow and All Russia, and other zealots of piety who shone forth in the American continent, you perform your ministry of the builder of the Church of Christ in America “in all godliness and dignity” [1 Timothy 2:2].  You draw gracious help from the prayers at God’s altar and tirelessly care for spiritual growth of the American flock which is being established in the faith in Christ through your labours.