99 Murders and the Mercy of God 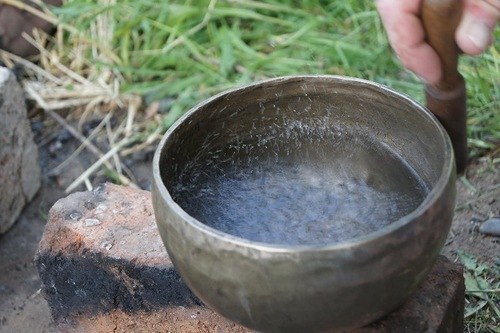 In the third volume of the Missionary Letters of St. Nicholai Velimirovich, in letter 230, St. Nicholai tells a story to explain how God’s mercy works. The story goes something like this:

A priest is walking down a lonely road on a hot day when suddenly out of the bushes jumps a wild looking man with a gun. The man says to the priest, “I have killed 99 men, and you will be the 100th.”  The priest says to the him, I am ready to die; but please before you shoot me, give me a little water to drink. I am so thirsty. The murderer is confused for a moment, and then directs the priest at gun point to his hovel in the bushes where he gives the priest a cup of water to drink. As the priest is drinking the water, the murderer dies of a heart attack.

The angels from heaven come to escort the soul of this murderer to heaven, but the demons contest with them. “This man murdered 99 men and committed many other smaller sins. His soul belongs to us.” But the angels answer the demons,”But he also did two great deeds for the Gospel of Christ which outweigh all his sins. First he confessed his 99 murders to a priest and second he gave water to the thirsty.

In my last post I talked about fornication and murder. In this post I want to make it clear that no sin, no matter how many times repeated, is greater than the mercy of God.