A Meditation on the Nativity of Christ

Christmastide breathes the spirit of peace, good will, gentle joy, and holy simplicity. The stillness of night enwraps the fields of Palestine; above them stretches the starry sky, with the brightly shining “Star of the King of Jews”.
| 29 December 2005 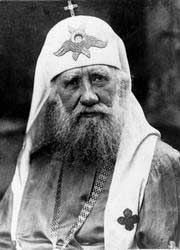 Christmastide breathes the spirit of peace, good will, gentle joy, and holy simplicity. The stillness of night enwraps the fields of Palestine; above them stretches the starry sky, with the brightly shining “Star of the King of Jews”. The day’s turmoil is hushed in Bethlehem, filled to overflowing with strangers. Not far from the town is the lonely stable which shelters the Holy Family; in a lowly manger, wrapped in swaddling clothes, lies the Infant, while over Him bends His Mother, with a glad smile. There too, is Joseph, the just man, in reverent contemplation of the great mystery and there are the shepherds — simple men, but pure of heart, come to worship the new-born Christ. And in the heavens above the heavenly hosts are singing: “Glory to God in the highest and on earth peace, good will among men” (Luke II, 14).

Peace and good will! That means an end to enmities and strife! He is born at last, the long expected, the long desired “Prince of peace, and of His peace there shall be no end” (Isaiah XI, 6); for He pacifieth all things, reconcileth man with God, and with his neighbors, and with his own unquiet conscience. The Kingdom of Christ is coming — the kingdom of Peace! 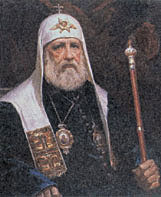 And yet, nation still rises against nation and kingdom against kingdom. There the angelic hymn of peace, here — wars and rumors of wars! (Matth. XXIV, 6). This contrast holds good to this day and is confirmed by events taking place before our eyes. Two years ago, the Tsar’s mighty voice arose from the Russian throne, calling the nations to peace, inviting them to make their swords into ploughshares [Isaiah IV, 4]. And what follows? Scarcely had the conference assembled at the Hague on the Russian Tsar’s initiative ended its sittings, when in South Africa, war broke out between two Christian nations one of which had been represented at the conference. And a little later all the principal states of Christendom were compelled to send their armies into heathen China.

Whence cometh such inconsistency? Why have men peace on their lips and the preaching of peace, which meets everywhere with approval and sympathy, while in practice we have war — embittered war with the victors’ shouts of joy!

This inconsistency in man has long been accounted for by Apostle Paul: “For I know that in me (that is, in my flesh), dwelleth no good thing; for to will is present with me; but how to perform that which is good I find not. For the good that I would I do not: but the evil which I would not, that I do.” (Rom. VII, 18-19). So long as sin dwelleth in our inner man, and the kingdom of God, which is righteousness, peace and joy in Holy Spirit, has not taken up its abode within us, so long it cannot abide outside of us in the community and in state, and so long shall there be dissensions and wars among men. 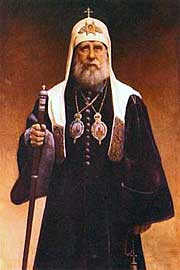 On the other hand, the nearer nations approach Christian ideals, the more they become permeated with the commands of Christ — the less enmity, dissension and martial ardor there is in them. We will not compare the ancient world, where each man was as a wolf against all other men (homo homini lupus est), with the Christian world where all are considered as brethren and children of the same Heavenly Father. But within this same Christian world the meeker and more pacific are those nations, who notwithstanding their external power and greatness, humbly avow their sinfulness and nothingness before Him Who is King over all the kings, and do not look down on other nations with overbearing arrogance. Such is our own Holy Russia, such is our “godfearing” Russian people. Nor is it selfdelusion or boastfulness to say so; it is a truth amply demonstrated by late events.

In present war in China, who had to endure and suffer more than Russia? Was it not the Russian boundary alone against which an outrageous attack was made by the foe? Were they not Russian railroads that were destroyed? The Russian Empire would seem to have even greater cause than the others to exact retribution and vengeance on the vanquished enemy. And yet, the very moment that the foreigners in Peking were delivered from the siege, the voice from the Russian throne is heard commanding the Russian troops to evacuate the capital of the vanquished in order to cause no complication in the negotiations for peace. Furthermore the Russians conquered an entire province of China (Manchuria); yet they have no intention of keeping it by the right of conquest, but are already inviting the Chinese government to send thither their own officers. Not thus do the other nations act. If Russia does make war, it is not with an eye to the appropriation of gold or diamond mines, or to the acquisition of seaports and coal stations, but either in self-defence (as in present war in China), or to deliver the oppressed (as in the Turkish war). After conquering a country, Russia does not exterminate the natives, but strives, on the contrary, to make them sharers in true Christian culture, as she is doing now in Asia, and for this she earns her due meed of esteem from all unprejudiced men.

If only nations would take more to heart the true Christian principles, wars among them would become more and more rare. And for this purpose it behooveth each individual to let those principles — humility, meekness, patience, and active, benevolence, sink deep into his own nature; it behooveth each of us to erect in his own soul the kingdom of God; then it will manifest itself externally also, and there shall be “peace on earth and good will among men”, and the angelic hymn shall more and more often rise above the “rumors of wars.”