A Message for Lutherans out on a Limb

Once biblical interpretation is divorced from the context of the Church's collective, historical mind, all that remain are convenient opinions. The issue doesn't have to be homosexuality. It needn't concern morality at all. The health, wealth and prosperity Gospel is among the most unbiblical heresies around. You can substitute premarital sex or cohabitation, abortion or euthanasia. We are coming to a day when even polygamy among consenting adults will be accepted and affirmed on the basis of a utilitarian version of love.
Priest Barnabas Powell | 14 May 2010 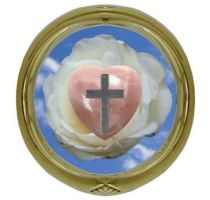 As a former Lutheran and a graduate of Pacific Lutheran University in Tacoma, Wash., I feel compelled to comment on the Evangelical Lutheran Church in America’s recent decision to permit individual congregations to appoint openly homosexual, partnered clergy, and to bless same-sex marriages.

Although I was raised outside any faith, my parents did have me baptized in the Evangelical Lutheran Church as an infant. I came from a long lineage of German Lutherans, and when I reached a point in my adolescence where I felt called to find my faith, I gave my ancestral church first crack at the job. I was catechized and confirmed, yet within a few months I left through the back door. Was I outraged that my denomination was violating the human rights of those who live beyond the norms of an outmoded, patriarchal morality? Not quite.

I left because I sensed that rejecting the 2,000-year context of Holy Tradition, the cornerstone Reformation doctrine of sola scriptura, left Lutheranism vulnerable to forces intent on manipulating the Bible to fit a modernist agenda. I’m no clairvoyant, but I was able to read the handwriting on the wall. My suspicions were further piqued on my first day of college, when I took my seat in the Honors Seminar and our professor introduced herself. “Good morning. My name is Doctor —- and I will be your instructor. As I am a lesbian-Marxist-feminist, this course will be taught from a lesbian-Marxist-feminist perspective. If you hope to do well, you will need to check your religious baggage at the door before you enter the room.” What she meant by “religious baggage” was not faith itself (she and her partner, the co-lecturer, were both committed Unitarians), but an unreconstructed acceptance of “outdated” mores.

Once biblical interpretation is divorced from the context of the Church’s collective, historical mind, all that remain are convenient opinions. The issue doesn’t have to be homosexuality. It needn’t concern morality at all. The health, wealth and prosperity Gospel is among the most unbiblical heresies around. You can substitute premarital sex or cohabitation, abortion or euthanasia. We are coming to a day when even polygamy among consenting adults will be accepted and affirmed on the basis of a utilitarian version of love.

Love without the cross is mere passion. We no longer let Scripture define what love is. We define love ourselves, then use our fallen understanding of the term to reject parts of Scripture we disagree with.

Despite appearances, my challenge is not to proponents of the new morality (though I do object when tyrants of tolerance automatically label dissenters “haters”). At least they are being consistent with the tradition (or rejection thereof) they’ve received. They will continue to triumph whenever they confront an old guard that no longer knows what it’s fighting for because it’s lost any sense of asceticism.

My concern is for the holdouts, those who feel their church has abandoned them. I’ll resist the urge to say, “I told you so.” My question is, “What will you do now?” Will you slowly be brought to boil like frogs in a kettle, vainly hoping things will go back to the way they were?

Reports suggest disaffected ELCA congregations may join a breakaway splinter called Lutheran Congregations in Mission for Christ. Is that the answer?

As a continuing Anglican-turned-Orthodox seminary classmate put it, “When they started sawing at the branch I was standing on, I first went farther out onto it. Then I realized I needed to head for the trunk.” If those who feel oppressed by traditional morality are free to vote with their feet and join churches that affirm their lifestyles, then those who feel betrayed by the new morality must have the same freedom. But please, don’t create yet another, redundant denomination. Why not consider the established Missouri Synod? Better yet, why not grab hold of the trunk?