On Wednesday, January 8, the feast of the Synaxis of the Mother of God, Abbess Irene (Alexeev), rectress of Holy Dormition Convent “Novo-Diveevo” reposed in the Lord. She was 91 years old. Mother Irene served as convent rectress for over 20 years, beginning in 1992, though her monastic life began in the Russian Diaspora in China, in Harbin. The abbess was personally acquainted with St. John of Shanghai, and often shared her recollections of him. In January 2012, Abbess Irene was awarded the Synodal Order of the Sign, 1st class, by Metropolitan Hilarion for her many years of monastic labors. 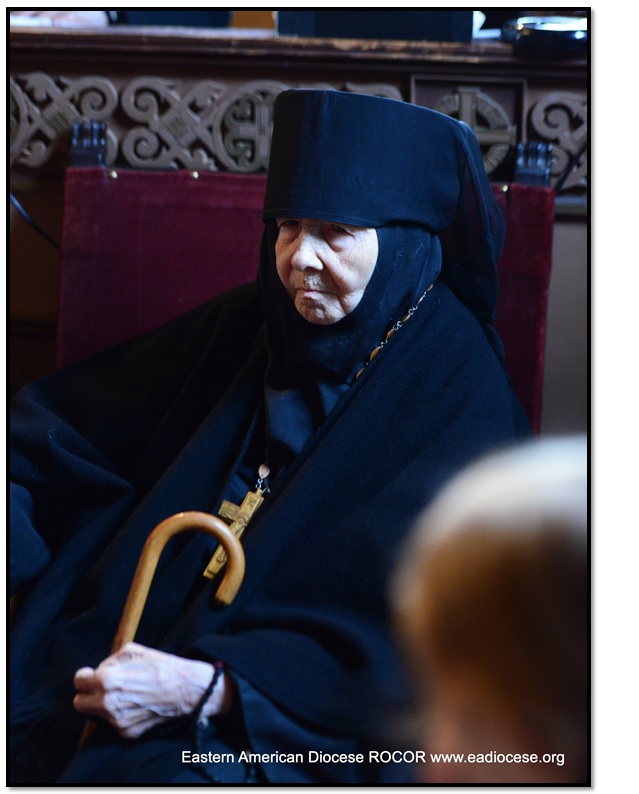 The funeral will be held at the Novo-Diveevo Convent on Friday, January 10 at 11:00 AM, and will be led by His Eminence, Archbishop Gabriel of Montreal and Canada.