A cathedral dedicated to the Russian saint has been consecrated in Montenegro. The first Divine Liturgy at the cathedral situated on the Sveti Stefan islet was visited both by Serbian bishops and Moscow Patriarchate representatives. Alexander Nevsky Cathedral’s erection was a miracle for Montenegrins themselves and strengthened friendly and spiritual ties between the countries even more. 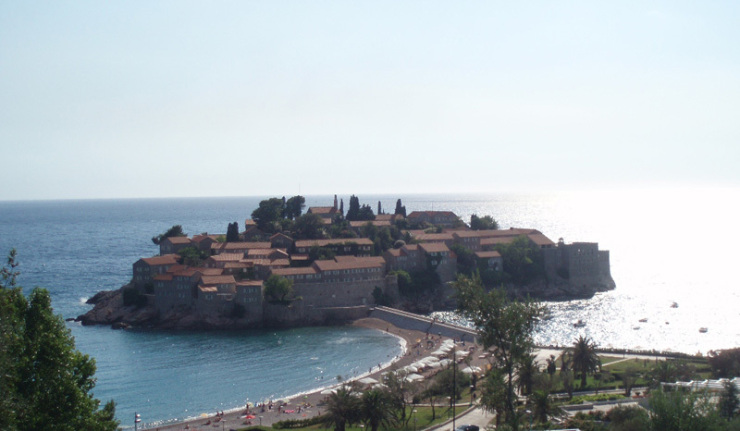 Almost everyone in Montenegro knows the story of Alexander Nevsky Cathedral. It was built by the Queen of Yugoslavia, Maria Karageorgievich, and dedicated to the saint because of great affection the Queen had for Russian culture and spirituality. The small and cozy cathedral was situated in a picturesque place – on the Sveti Stefan islet, densely populated at the time, several kilometers away from the town of Budva. In 1957, the Yugoslavia Communist government decided to make a resort from the islet. The cathedral was destroyed and Sveti Stefan’s residents were displaced. The cathedral would have been nothing more than a memory if it wasn’t for a Russian priest, Archimandrite Iliya Nozdrin, known today as the Confessor of Patriarch Kirill. A local resident and one of the initiators of reconstructing the cathedral, Milorad Dzhurashivich told the Voice of Russia correspondent.

“J met Iliya when I was invited to accompany him and show the country and our churches to him. Once we were on Sveti Stefan and I told him that back in the days Alexander Nevsky Cathedral was standing there. Then he said we should reconstruct it at any cost. It seemed impossible as there were already a restaurant, casino and hotel instead of the cathedral, but he was sure that we had to fight for the cathedral. From that moment on I decided to act,” he says.

Together with other believers Milorad once secretly went to Sveti Stefan and reconstructed the cathedral’s wall stone by stone for the whole night. They were naïve enough to believe that the authorities would ease at the sight of the reconstructed cathedral, Dzhurashivich smiles.

“We were working the whole night that time. People from nearby villages came to help us. But when the authorities realized we wouldn’t surrender, they brought prisoners there and said that for those who would destroy the cathedral they would reduce the term of imprisonment or even release them. However, prisoners threw away their hammers into the sea and refused to destroy the cathedral. Then the authorities invited Albanians who destroyed what we had built,” Milorad adds.

In 2011, desperate Montenegrins turned to Russia, which is beloved and respected there, seeking help. Russian journalists, including the Voice of Russia correspondent, visited the islet and made a fuss with their articles. It was decided to leave the cathedral well alone. A priest, Sinisha Smilich, was deported from Montenegro only for his dream to serve at the cathedral and for communication with Russian media. But he believes his sacrifice was welcomed by God.

“Back then God directed us and said what to do. It wasn’t only a fight for the reconstruction of the cathedral. It was a necessary sacrifice from believers. We opened our hearts to God and he rewarded us with a chance to do justice. I’m very happy our cathedral will be open again,” Smilich says.

Montenegrins wanted to celebrate the consecration with Russia. That’s why the head of the Metropolitanate of Montenegro, Metropolitan Amhilohije, invited the Russian clergy. It’s deeply symbolic that the cathedral is named after the Russian saint, Stefan Igumnov, a representative of the Public Relations Department of the Moscow Patriarchate, said in an interview with the Voice of Russia.

“This saint means a lot to Russians, Serbians and Montenegrins. We know that Alexander Nevsky proved by his deeds and his life the greatness of the Orthodox Church and showed us how to defend it. That’s why people love him so much both here and in the Balkans. And they demonstrated their love to us,” Igumnov says.

Today Alexander Nevsky Cathedral is completely reconstructed in its original form. But services won’t be held often as the isllet is still closed for the locals. There is an agreement that without a pass one can visit Sveti Stefan or the cathedral only on big religious holidays. This is a victory in some way as the most important thing is that the cathedral exists and the rest is God’s will, Montenegrins believe.