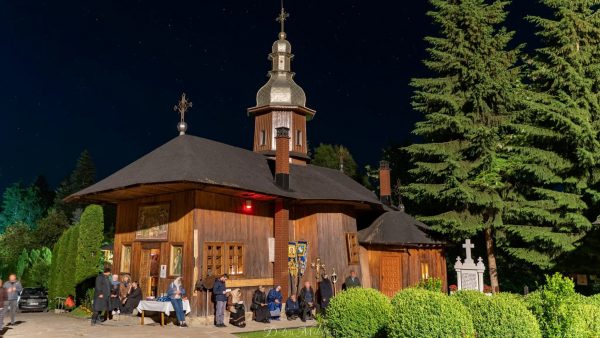 An all-night vigil was held at Sihla Monastery to mark three decades since the canonization of Saint Theodora of Sihla on June 20. The monastery is located near the cell where the venerable woman lived in fasting, prayer and asceticism.

The feast of Saint Theodora of Sihla is celebrated in the Romanian Orthodox Church on August 7, after the feast of the Transfiguration of the Lord.

The resolution to canonize Saint Theodora was approved by the Holy Synod on June 20, 1992, and made public by the Synodal Decree of June 21, 1992, which generalized the veneration throughout the Romanian Patriarchate of 62 Romanian saints or other saints who laboured in Romania.

By the same Decree, the Sunday of the Romanian Saints was established, celebrated on the second Sunday after the Descent of the Holy Spirit (Pentecost).

The Sihla Skete was founded in 1731. The main church, dedicated to the Nativity of St. John the Baptist, was built of wood in 1741 by the Cantacuzino family.

The present appearance of the church of Sihla Monastery dates back to 1813, when Archimandrite Benedict, abbot of Neamt and Secu Monasteries, renovated it.

The monastery’s hillside church, called “The church of a fir tree”, is dedicated to the Transfiguration of the Lord and was built in 1763 by Ionita Cantacuzino Pascanul in memory of his friend, Ioan Coroi, who died hunting deer in the ravine in the area, which today bears his name.

The cave of Saint Theodora of Sihla lies between the rocks, not far from the “church of a fir tree” and the old cells under the rock.

In November 2011, the skete was elevated to the rank of a monastery.