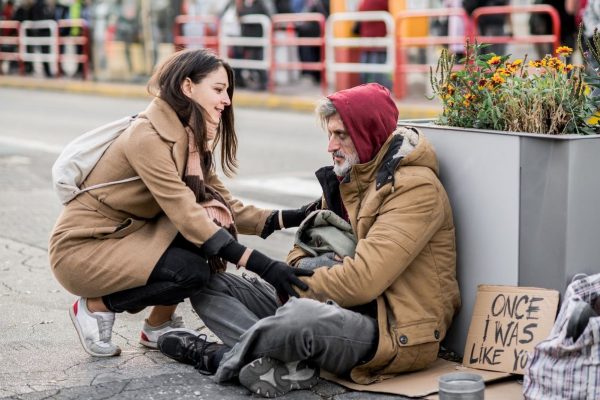 The Orthodox Church views prayer, fasting and almsgiving as the three pillars of Orthodox spirituality. In these difficult days, almsgiving has taken on greater and greater importance throughout the world. We hope that it will be practiced more and more spiritually, maintaining our concern for prayer and fasting.

The world today is in dire need of the living-out of Orthodox spirituality filled with the Holy Spirit. Civilization is thirsty for such a practice in a world that has become more and more secular and materialist.

Jesus discussed money in a spiritual way that differs from how we usually look at it. He regarded almsgiving as a fundamental part of God’s salvific dispensation. Money is not limited pastorally to fundraising. It is considered in the Bible and the Church from a spiritual perspective.

This view must be incorporated into the training of priests and theology students. The Lord Jesus considered teaching about money to be one of his most profound spiritual teachings. In Matthew 6 He presented the three spiritual pillars and placed a special emphasis on money and almsgiving, or charity, just as He typically emphasizes love, obedience and forgiveness. He says, for example, “No one can serve two masters: God and money” (Matthew 6:24).

With regard to almsgiving, He says, “When you do a charitable deed, do not let your left hand know what your right hand is doing,” (Matthew 6:3). And also, “Do not lay up for yourselves treasures on earth, where moth and rust destroy and where thieves break in and steal… For where your treasure is, there your heart will be also” (Matthew 6:19 and 21).

Once more, we say: Jesus doesn’t just talk about money as we are accustomed to do ourselves, in terms of aiding the poor or supporting the parish’s annual budget.

The Lord Jesus had a very different, spiritual view of money. For example, He didn’t just ask the rich young man to distribute his wealth to the poor. The goal was to eliminate the material impediment that was preventing him from enjoying eternal life (cf. Matthew 19:21).

The topic of almsgiving not only covers giving to the poor. The word ‘almsgiving’ or ‘charity’ in Greek, ἐλεημοσύνη, also indicates works of mercy, which means that almsgiving is merciful giving: “Blessed are the merciful for they shall obtain mercy.”

Saint John Chrysostom says: “The rich exist for the sake of the poor and the poor exist for the salvation of the rich.” Saint Gregory of Nyssa says in his homily On Love for the Poor: “Mercy and love of almsgiving are works that God loves. They deify those who practice them and imprint upon them the likeness of the Good so that they become the image of the Divine Being.”

The Apostle Paul says of Jesus’ giving: “Though He was rich, yet for your sakes He became poor, that you through His poverty might become rich” (2 Corinthians 8:9).

He adds: “Though I bestow all my goods to feed the poor, and though I give my body [a]to be burned, but have not love, it profits me nothing” (1 Corinthians 13:3). So let giving be motivated by love and not for selfish reasons.

Metropolitan of Tripoli, al-Koura and their Dependencies

What Can the Church Offer the Youth of Today?

Where are the dangers hidden? Are they in having fun and going out at night, and constant attachment…