An amendment proposed to the law on religion in Bulgaria 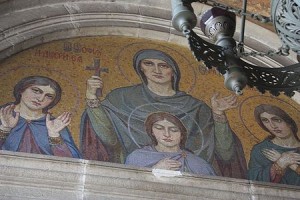 The Synod of the Bulgarian Orthodox Church has backed the proposal to make amendments to the Bulgarian law on religion, according to which all buildings intended for worship are to be returned to the religious organizations, reports Sedmitza.ru, citing the Bulgarian Patriarchate’s official website.

In its special address, the BOC Synod has called upon all the parties of the National Assembly of Bulgaria to unite for the sake of the good and to vote for introduction of the proposed amendments. In the view of the Synod, postponement of deciding the property issue for many years has led to the situation wherein the BOC now has to prove its right to the churches, in which services were celebrated for centuries, but the property acts on them have been lost or may never even have existed. For example, there has never been a property notarial act on the cathedral church/monument of Holy Righteous Prince Alexander Nevsky in Sofia—the main Cathedral of the BOC.

The Synod has also expressed its understanding that as regards the external appearance and state of the churches that are architectural monuments, respective legislative regulations should be observed. Meanwhile the Synod has paid attention to the fact that if these objects had not been built as churches with prayer, then after many centuries they would not have been considered to be cultural treasures; that is, they are monuments of art due to the way they were created and not due to property deeds.

Amendments to the law on religion were submitted for consideration in the Bulgarian National Assembly last week by deputies M. Mikhov and V. Antonov from the “Coalition for Bulgaria” alliance, Y. Tsonev and H. Khafazov from “The movement for rights and freedoms” party and P. Shopov from “The attack” party. They stipulate free transfer of all Churches, monasteries and mosques intended for worship as well as prayer houses with parcels of land on which they are situated, to the possession of respective religious organizations.

However, according to the Standart Bulgarian daily newspaper, in the course of the first discussion on the amendments, numerous questions have arisen, for example: on churches that had been converted to museums, or private churches. And the Bulgarian Ministry of Culture intends to make a list of objects that are architectural monuments (for example, Boyana Church, Büyük Jamiya) but that cannot be transferred to religious associations.

The Bulgarian Academy of Sciences has spoken against the amendments as well. Its representatives believe that churches/monuments of architecture have been preserved and restored by efforts of the state, and the religious organizations are unable to properly keep them well-preserved.

The local authorities have also expressed dissatisfaction with the proposal—they are not supporting the idea of excluding large parcels of land from local possession.

The deputies also intend to specify the types of buildings that may be returned to the religious organizations, as the Jewish community has expressed its wish that Jewish cemeteries be returned to it along with other religious sites.