For decades, many social scientists had pretty much two things to say about Eastern Orthodox Christianity: 1) that like all religions, it was disappearing with the advance of modern civilization; 2) that it derived most of its support from the reactionary tides of authoritarianism and nationalism.
admin | 12 October 2007

Kazan, Russia – For decades, many
social scientists had pretty much two things to say about Eastern
Orthodox Christianity: 1) that like all religions, it was disappearing
with the advance of modern civilization; 2) that it derived most of its
support from the reactionary tides of authoritarianism and nationalism. 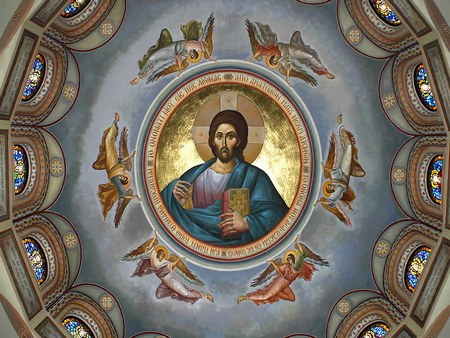 Those pronouncements are being proved wrong.
Today, as in the parable of the prodigal son, throughout Eastern Europe
people are returning to the Orthodox Church in droves, and the effect
in the public sphere, contrary to most expectations, is quite benign.

Though historically viewed with suspicion by Catholic and Protestant Europe, Orthodox Christianity can actually help bridge
the Russia-West gap.

At
the heart of much of the miscommunication between Russia and Europe
today lies the unacknowledged and untapped longing of Orthodox
Christians to be recognized as part of a common European cultural
family again. The latest effort to bridge this divide was Russian
Orthodox Patriarch Alexei II’s remarks in France, where he spoke
poignantly of how the Christian identity Europeans historically share
should promote dialogue on issues like human rights and peace, even
with atheists and members of other faiths.

The patriarch was pointing out that, while they
may differ on specific political issues today, a profound religious
bond actually underpins Western and Eastern European cultural and
political values. Sadly, this common bond is rarely mentioned, in
either Russia or the West. Today’s Slavophile Russian nationalists seem
uncomfortable recalling that, despite his uncompromising critique of
Western secularism, their avatar Fyodor Dostoyevsky always regarded
Europe as Russia’s “mother” civilization.

In the West, this oversight has more to do with
the fact that Catholic and Protestant Christianity have so often denied
an equal voice to those who disagreed with them. In both instances,
Orthodox Christianity is seen as part of the problem in East-West
relations, instead of part of the solution, as it should be.

Western suspicion of Eastern Orthodoxy can be
traced back to before the Great Schism that divided the Christian
Church in 1054. One hundred and fifty years later, it fueled the
Crusaders’ zeal for the sacking of Constantinople. In the 18th century,
it became a main theme of Edward Gibbon’s influential interpretation of
the Roman Empire, which was later echoed in the writings of Oswald
Spengler and Arnold Toynbee. And in modern times, Samuel Huntington,
among others, has warned direly of the potential for clashes between
“Slavic-Orthodox” civilization and the Catholic-Protestant West.

With the exception of Greece, this sad legacy has made Western
Europeans notoriously slow to accept countries with large Orthodox
populations into pan-European institutions. In the current expansion
eastward, however, it is inevitable that the values and mores of
European institutions and alliances will be shaped more and more by the
traditionalist views of Orthodox Christian believers and less and less
by the modern, secularized Protestant assumptions of Western European
democracies. Orthodox believers already far outnumber Protestants
across Europe, and by some estimates they may eventually even surpass
Roman Catholics. If 21st-century Europe ever develops a religious
complexion, it will be predominantly Eastern Orthodox.

In the long run, therefore, while the greatest
challenge to Europe’s cultural and political identity may come from the
growth of Islam, its more immediate challenge is how to deal with some
40 million to 140 million Orthodox Christians who, when given a voice
in European policymaking, will argue that churches should have a more
prominent voice than heretofore in the shaping of social policy.

There are two ways of dealing with this
challenge. One way is to stick to a narrow definition of “the West.”
Make modern-day secularism the gold standard of democracy and decry all
challenges to secularism as examples of a “values gap” between East and
West. This tried and true formula has the advantage of already being
familiar, thanks to the cold war. Unfortunately, it is also a recipe
for a conflict within European institutions. And, given the rapidly
growing numbers, influence, and wealth of the Orthodox Churches of
Eastern Europe, it is a conflict Western Europeans are likely to lose.

Another way is to expand the definition of what
is “Western” through dialogue with Orthodox Christians. The goal of
such a dialogue would be to stress the common roots that bind various
religious traditions, to encourage models of tolerance that do not
presume secularism, and the different ways to balance the disparate
roles of church and state, while avoiding total estrangement of one
from the other.

Such a dialogue would allow Europe to build a
new foundation for East-West relations that is based on the common
Greco-Roman and Christian heritages. Most important, it would promote a
greater understanding in the West of the Orthodox churches’ de facto
role as the largest nongovernmental organization in Eastern Europe. In
this capacity, they inspire the philanthropy, social welfare, and civic
activism that help establish a healthy civil society.

It’s time to rethink old assumptions about Orthodox believers and to tap the enormous contributions that they can make to
the creation of a peaceful and prosperous continent.

Nicolai N. Petro is a professor of political science at the University of Rhode Island. This comment is based on the remarks
he made to the fourth annual Valdai Discussion Club meeting in Kazan, Russia, on Sept. 11, 2007.

Most viewed articles
Critical Theory, Social Justice, and the Attempt to Disfigure the “Transfiguration”206
Patriarch Kirill Urges Believers to Fight New Idolatry in Their Own Lives139
Disoriented85
Bell-Ringing Unites Believers from Different Countries on the Day of the Baptism of Rus (+Video)73
Saint Macrina the Younger as a Model for our Lives25
Christ Forgives and Heals21
Most popular authors
Pravmir.com team212
Eric Hyde206
Fr. Stephen Powley85
Protopresbyter Fr. George Papavarnavas23
Fr. Theodore Stylianopoulos20