Anna and the Church

In 1930, a sixteen-year-old girl named Anna stepped off a ship from Bremen, Germany, and onto Ellis Island. She and her thirteen-year-old sister Mary had come from a small village in Slovakia to join their father, who had arrived in the United States nine years earlier to escape the chaos and renewed tensions in Europe. He had survived the Russian front in World War I and the death of his wife following the war. Anna and Mary had been placed in the care of relatives, but their father had promised to send for them when he had established himself.

Time passed and Anna and Mary grew up in the very volatile post-war period. Occasionally, they had heard from their father, who had started to learn the construction business and remarried. As the prospect of a reunion in America gradually evolved, he placed them in the care of a relative — a bishop who lived in Preshov — who he knew would ensure their passage to America as the opportunity presented itself.

After a journey that began in their village and took them through Preshov, Prague, Germany, and eventually onto the US-bound ship, they arrived in America. They knew that their father and their new stepmother were waiting for them as they underwent the usual — and lengthy — immigration formalities. Finally, their long-awaited reunion took place in what to the girls was a strange land with strange languages and strange customs.

At the time, the parish priest and his wife assisted many similar young women and men who had turned to their parish with the hope of acquiring a skill and building a new life in America. The priest and his wife welcomed the girls and took them to the church basement, which was filled with rows of tables and sewing machines. The priest’s wife taught them to sew while the priest taught them the basics of the English language. When he was confident that the girls had attained a level of proficiency in both disciplines, he went to a local factory to secure employment for them. The parish, however, was the focus of the girls’ spiritual and social lives, for it was there that they eventually met their spouses, married, and began their families. 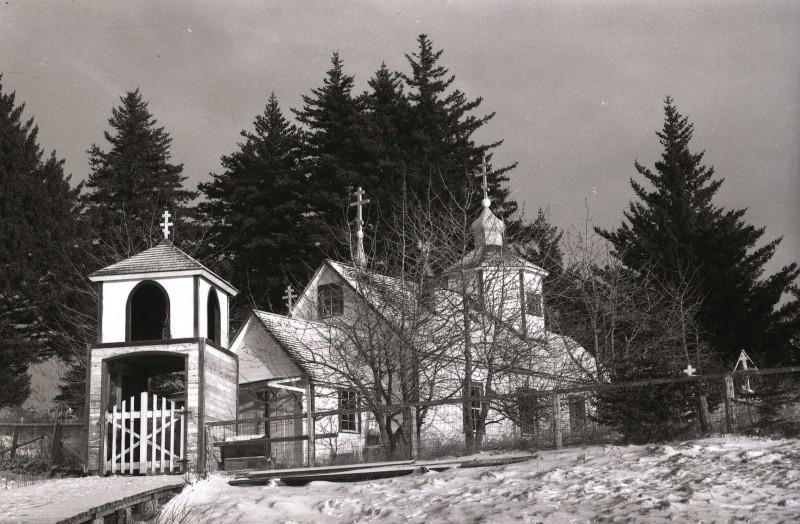 Over the years, this story has been recounted many times in my family, as Anna was my grandmother. The only two items she had brought with her to America were displayed in a prominent place in our home: her village-style, home-sewn dress, which she wore on Sundays and special occasions (and which each of her granddaughters and great-granddaughters would invariably try on at some point in their lives), and her Izbornik (a bulky volume that contained personal prayers and the texts of various services celebrated throughout the year), which had been given to her by the bishop in Preshov, who was later canonized as a confessor.

But this story is not unique to my family. In a certain sense, it represents who we are as the Orthodox Church in America and what the vision held by and for the Church on this continent is. Its essence is not found in my grandmother’s ethnic customs or the details of her journey to America – for similar stories abound in nearly every American family, whether they are Orthodox Christians or of another faith tradition. The essence of the story lies in the centrality of the Church as family and community, as the foundation of their lives, and as their refuge in new and unfamiliar surroundings. Regardless of where similar young people eventually settled, the Church was there and the stories were the same. The clergy cared for them — imagine today a parish in which the priest and his wife offered training and advocated employment opportunities! The parish community nourished them — their world centered around the cycle of prayers, services, and social events. (How well I remember my grandmother in her icon corner, reciting her evening prayers simply and quietly).

These memories depict the Church at its very best — as community and family. It is a model that we must continue in our own time. I often think about our own young people (my son is about to turn sixteen) and wonder whether they, in similar circumstances as that in which my grandmother found herself, would have found similar strength in the Church, whether the Church would “be there” for them. Nevertheless, the Church is precisely that place of community and communion, in which all should bring their spiritual as well as physical/material needs and find fulfillment. Our vocation as Church, as the People of God, should — and must — be to gather the flock under its protective wing so that, in the end, Our Lord may be glorified.

Our vision of the Church has changed little since Anna and her sister arrived in America. It is a vision for which you, the new Annas, are responsible in the future. The needs are always present. Young immigrants continue to arrive in America, often with feelings of isolation and loneliness as they search for their place in the world. They, too, face the pressures of divided families, divided interests, and divided messages. And in the midst of this, the Church is our source of consistency, meaning, community, peace, and hope. The Church needs to be the center of our lives, so that we can find our own center in the midst of new manifestations of chaos and confusion. It is the place where we can meet other Orthodox Christian youth and establish life-long relationships with them, sharing our common faith. It is, in short, the place where we discover God and His love for one and all — the Kingdom of God yet to be fully revealed, but already fully present in its worship and fellowship.

This is the only vocation of the Orthodox Church in America… and it’s just that simple.