Antioch: the Great City of God

Source: Cornerstone, Summer 2014
To be Antiochian means to be Aramaic, Syriac, Byzantian, Roman, Syrian, Arab, human, all at the same time. All those fathers, are my Fathers. I can’t consider in my mind that I am antiochian alone, or an Arab alone. I am not an Arab alone, yet, I am not less Arab, but more Arab, because in myself, I am all these traditions".
Subdeacon Ibrahim Zakhour | 17 January 2015 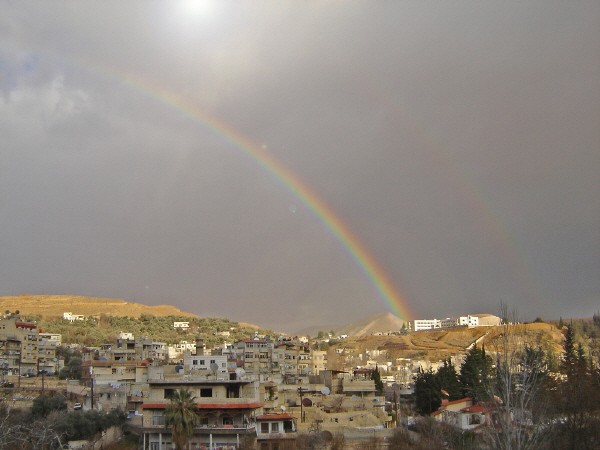 Geographical, historical Antioch extended to reach the Syrian, Armenian, Turkish Torus mountains in the North, the Persian boundaries to the East, to the Sinai desert and the Mediterranean Phoenician coast, including Mount Lebanon, Palestine, in the South and West. It Encompassed the Umayyad Capital Damascus, Lebanon’s Beirut, the Jordan’s Amman and the Iraqi Baghdad. Indeed it embraced the whole of the Greater Syria and the Levant, known as well as the Holy Land.

This “Antioch” progressed historically to lead the church, in its own way, and developed a grand character, distinct from that of the great Church of Alexandria, and indeed other grand churches, such as Byzantium and Rome. That character of the creative grand human cultural cosmological ideology and civilisation that holds the whole world, transforming its sky to a ceiling for the spiritual and materialistic existence of the Eastern Christians.

According to the poet, philosopher and priest of Christ Al Khoury Michael al Hayek, the “Antiochian spirit” means to abolish human meanness, such as selfishness, misuse of power, self-interest and pride. We carry a vision. We are attached to the Syriac Antioch church, with its pains and hardships, while my pains are attached to the Assyrian church, I do not forget that I am a Byzantian, but not that alone, I am also a disciple of Jerusalem and Athens, yet I am attached to Byzantium, Rome and Al Raha, or Syriac, Aramaic Antioch. I will miss my right hand if any of these traditions or cultures is away or far from me. To be Antiochian means to be Aramaic, Syriac, Byzantian, Roman, Syrian, Arab, human, all at the same time. All those fathers, are my Fathers. I can’t consider in my mind that I am antiochian alone, or an Arab alone. I am not an Arab alone, yet, I am not less Arab, but more Arab, because in myself, I am all these traditions”.

Where is Antioch today? I may at times speak of politics, but in this article, I cannot. But for the issue of this little article, I want to say as an answer to my question, that present day Antioch is simply dissected, annihilated, occupied, destroyed, damaged, do you want me to carry on?

Our great people of Antioch, who in the past, and through endless fathers and saints, have contributed to humanity the grand civilisation and ideology, mysticism and the sense of the One God are now reduced to worrying about their self preservation,worldly existence, primarily their safety, food, and simple living.

In such a climate, and where we, in the British Isles, are Antiochian Orthodox, and yes, are attached to where the disciples were first called Christians, and are becoming an Archdioceses, a role for us is set. We need to research, understand, to look for and comprehend, what” Antioch” stands for, why it is distinct, what it has given to the world, how is it different to Alexandria, Byzantium and Rome’s churches, and what it can give exactly to the world.

We need to accept a task, thereafter, to start again, and continue the philosophy, the message, the word, the ideology of our Great Antiochian heritage, into the present day world, to reincarnate again, like the Phoenix, or indeed, like our God, who rose from the dead trampling down death by death.

This I think is our first task. Do you agree with me? 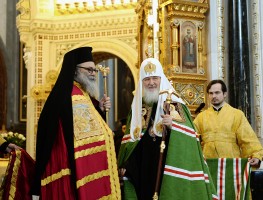 “In Antioch, Faith Boils with Apostolic…
Patriarch John X of Antioch and All The East