You've no idea how hard it is to get into jail. I felt like a ball being batted around by an army of penal bureaucrats before finally finding the gatekeeper. My heart pounded as I waited across a table in the visitation room.
Priest Barnabas Powell | 15 December 2011

When Matt’s mom asked me to visit him, I was reluctant. It wasn’t only that I’d never been inside a jail. There was also the fact that I’d seen him before, and didn’t imagine he’d be particularly receptive to a priest.

I’d seen, not met him. It was late one evening at the bowling alley when a colorful cast of youths took over the lane next to my wife and me.

Baggy pants, sideways hats and choice vocabulary told me they weren’t Eagle Scouts. I watched one polish off an entire pitcher of beer (chugging from the pitcher) over the course of a game.

Given how the others treated him, he was clearly the leader of this ghetto posse. He also bore a strong resemblance to a parishioner’s son. In fact, two looks convinced me I’d seen his portrait proudly displayed on her mantel.

I wasn’t about to introduce myself. At the first word about his momma, he might misunderstand my drift and want to rumble.

I was content to ignore him. Weeks later, he was behind bars for multiple DUIs, and I hesitated to accept the challenge.

Conscience soon bested me. I started calling around. You’ve no idea how hard it is to get into jail. I felt like a ball being batted around by an army of penal bureaucrats before finally finding the gatekeeper.

My heart pounded as I waited across a table in the visitation room. Constant observation might prevent a physical assault, but I braced for a verbal barrage.

I sensed as soon as Matt entered that he’d changed. Cockiness was gone, replaced by utter defeat. He thanked me for coming. We began to talk.

With some hesitation, I told him I’d seen him before, and described that scene at the bowling alley. According to our calculations, he was probably arrested that very night on an outstanding warrant. 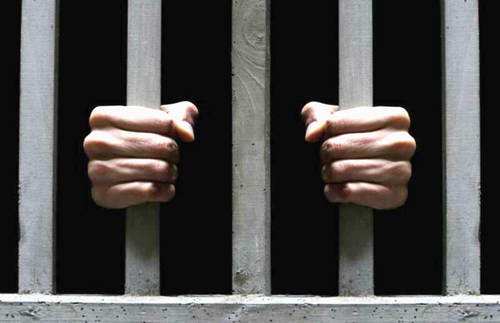 To my surprise, he said this was the best thing that could’ve happened. “Somebody had to stop me,” he said. “I couldn’t stop myself.”

He was sober, and looking forward to a job when released in a couple months. He’d said he’d even give church a try.

When I called to arrange another visit, he was on the verge of early release. There wasn’t time.

He showed up at church weeks later — minus the sideways hat, his best baggy pants held up by a belt. He brought his baby, whose mother had split.

I touched base with him at coffee hour, but got caught up talking with another visitor.

By the time I was free, he’d left. Plopping into my recliner for Sunday afternoon’s NFL game, I was too distracted to concentrate.

He wasn’t in the phone book, but calling around the parish got me his mom’s number (she’d moved), which got me his.

He understood I’d been tied up, and said he’d liked the service so much he’d return soon. Conscience assuaged, I hung up feeling proud for going that extra mile in tracking him down.

When he didn’t show over ensuing weeks, I learned relationship and employment difficulties had driven him back to the bottle. He was back in jail.

Aghast, I thought we’d try again when he got out. We never had the chance.

When Matt was released, he went home and locked the doors, trashed his house, smashed every mirror, tore himself from every photo. He then took his own life.

I wondered, sitting at his funeral, “Could I have done more?” I always thought Matt would be fine.

He showed me how miserable and alone people can feel. I’d like to think he taught me to care. 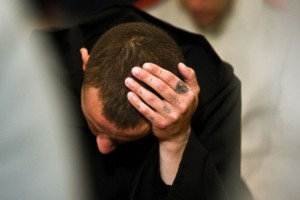 A Life in Christ Under Guard
Harrison Basil Russin

I had an appointment to meet with the prison chaplain in his office at 1:00 p.m.…