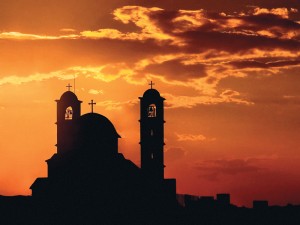 His Eminence Archbishop Demetrios of America spoke on the phone today with the President of the Republic of Cyprus Nicos Anastasiades and expressed the vigilance, support and solidarity of the Omogeneia during this very difficult crisis in Cyprus. President Anastasiades said that even though the crisis is tragic, Cyprus will fight and overcome the difficulties and thanked the Archbishop and the Omogeneia for the expressions of solidarity.

Archbishop Demetrios will convene a meeting of people in leadership roles of the various Greek-American and Cypriot American organizations in order to share and coordinate ideas and initiatives for the benefit of the People of the Republic of Cyprus. The meeting will be held Wed., April 3, 2013 at 3:00 p.m. at the headquarters of the Greek Orthodox Archdiocese of America and personal invitations will be extended via email.