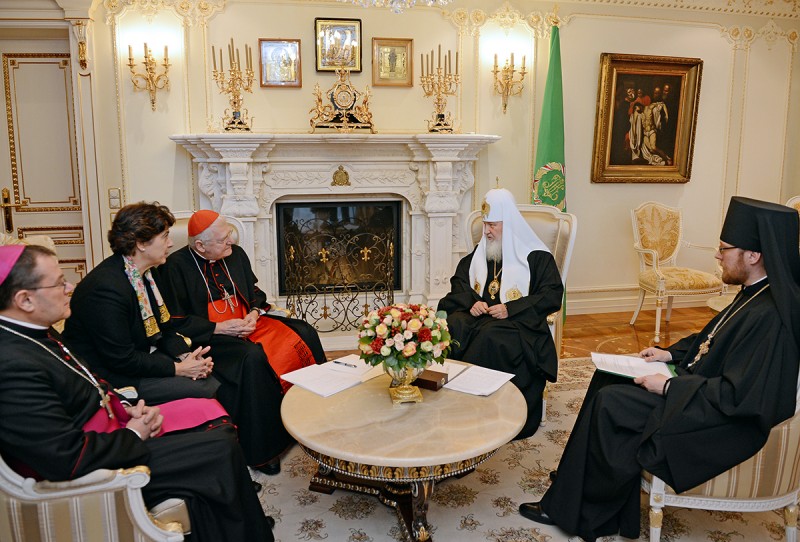 Both meetings are part of an effort to smooth relations between the two churches, which have seesawed in recent years. In Moscow, Kirill said it was time for greater openness, adding “never before have our churches had so many things in common”. He also praised several recent statements from Pope Francis on crucial world issues, ranging from the civil war in Syria to the defense of the Christian faith in the Middle East, adding that the two churches could work together on such themes. “We live in an era in which our historical disagreements must cease to play a critical role, now that we have many duties and purpose in common,” said the patriarch. Scola echoed those comments. “We have a common field of work,” which is converging more and more on such issues as protection of Christianity in the Middle East, said Scola. A kind of “ecumenism of people,” is also beginning, as individuals look for similarities rather than differences among themselves, Scola added. Tuesday’s meetings come only a few weeks before Pope Francis welcomes Russian President Vladimir Putin to the Vatican on November 25. According to some media and analysts, Putin’s visit to the Pope could further accelerate the process of religious dialogue, but Scola shrugged that theory off. “We do not need political mediations,” since the two churches are opening greater dialogue. Putin has not yet invited Pope Francis to visit the Kremlin, matching the gesture made in 1989 when Mikhail Gorbachev, then president of the former USSR, asked the former Pope John Paul II for a historic meeting. Such an invitation would require the support of Kirill, as Patriarch of the Russian Orthodox church.