Archbishop Tikhon Elected Metropolitan of All America and Canada 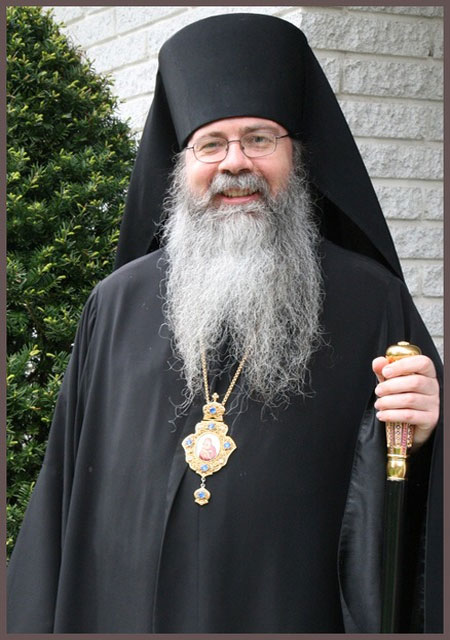 Six hundred and sixty three hierarchs, clergy and lay delegates and observers representing OCA parishes across the US, Canada and Alaska participated in the Council. Five hundred and ninety were eligible to vote.

“Christ grows brighter as we grow dimmer, as we approach the eternal light,” said His Eminence, Archbishop Nathaniel of Detroit and the Romanian Episcopate, Locum Tenens of the Metropolitan See, in his opening address. “And it is within this context that we gather today for one purpose: to glorify Father, Son and Holy Spirit… and to elect the Primate of the Orthodox Church in America.”

No single candidate received the required two-thirds margin on the first ballot. On the second ballot, His Eminence, Archbishop Tikhon of Philadelphia and Eastern Pennsylvania and His Grace, Bishop Michael of New York and New Jersey, received 317 and 355 votes respectively. 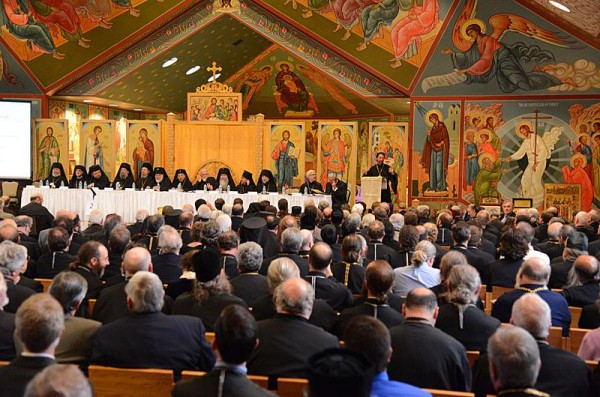 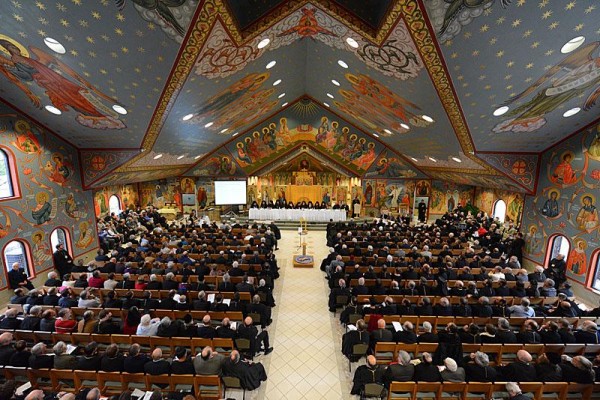 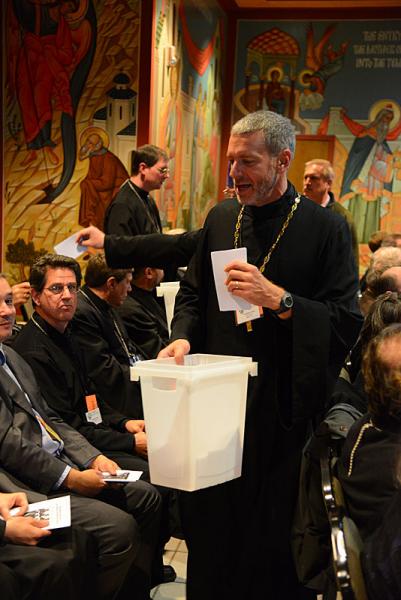 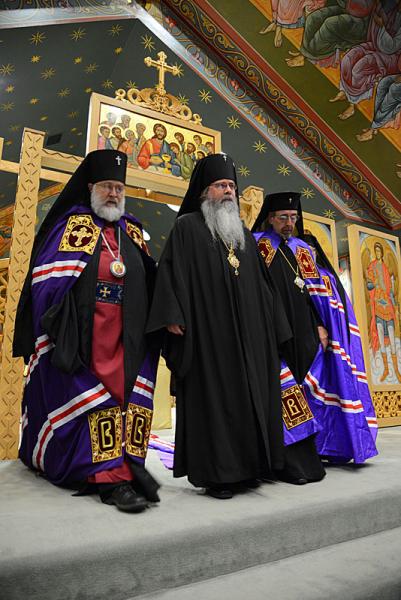 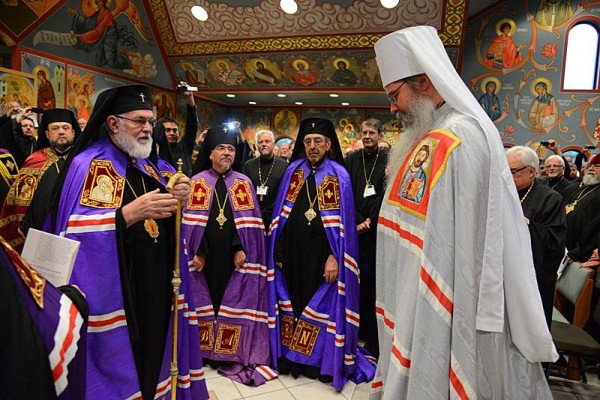 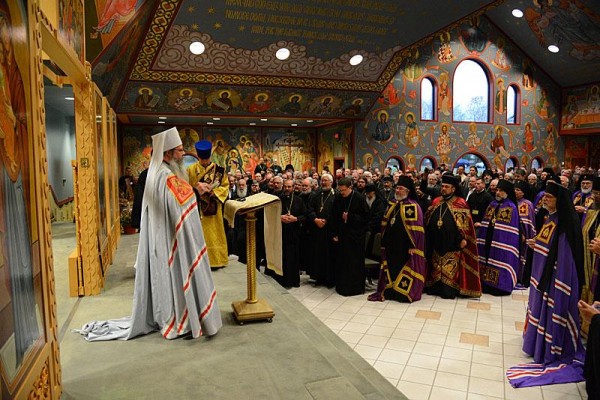 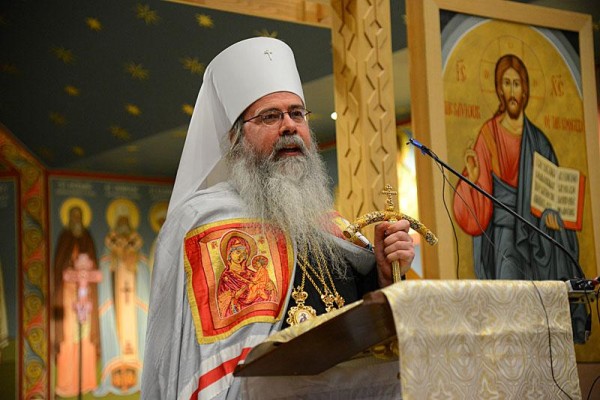 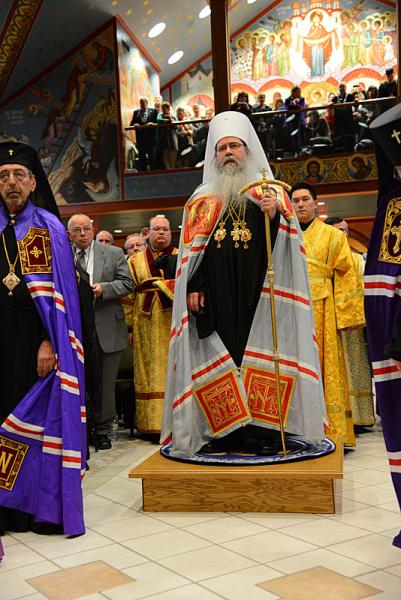 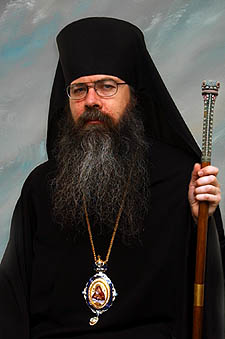 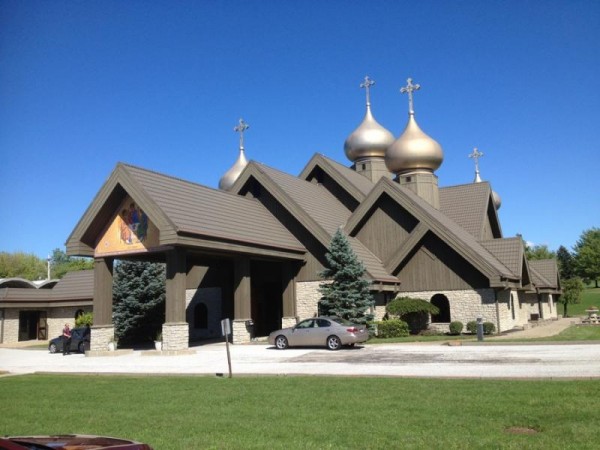 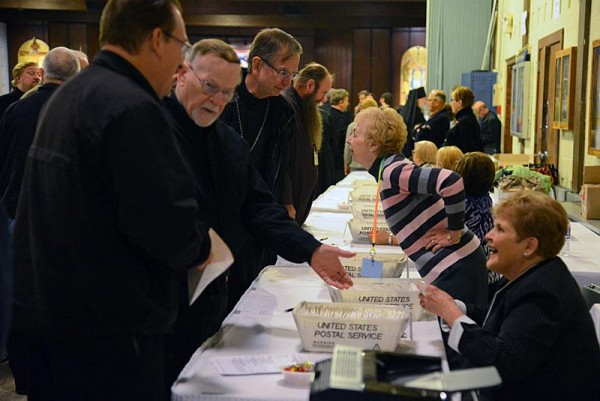 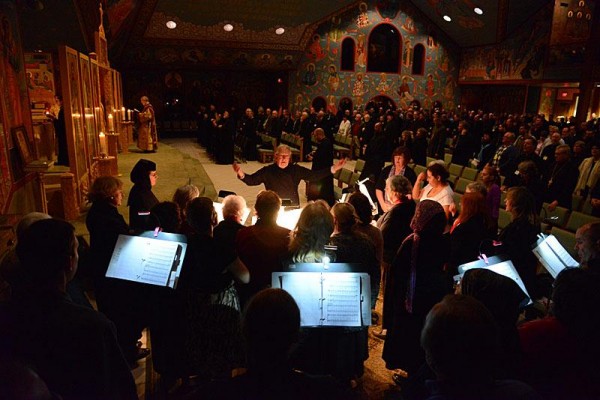 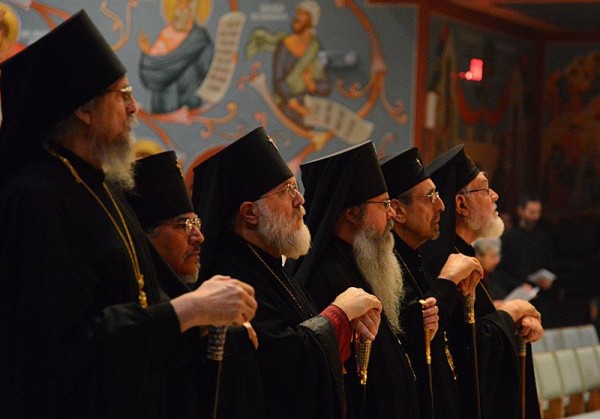 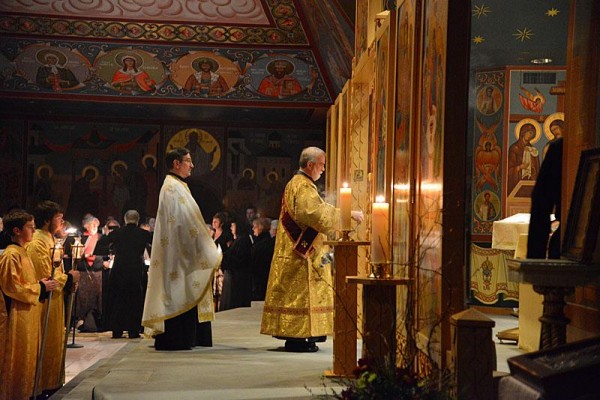 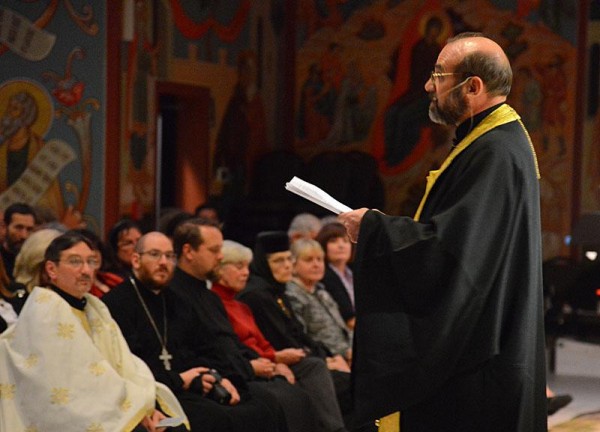 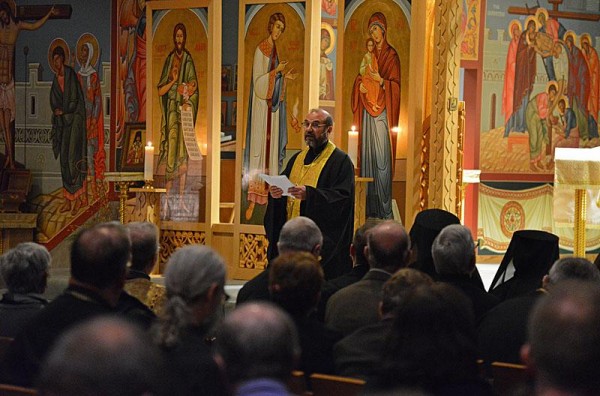 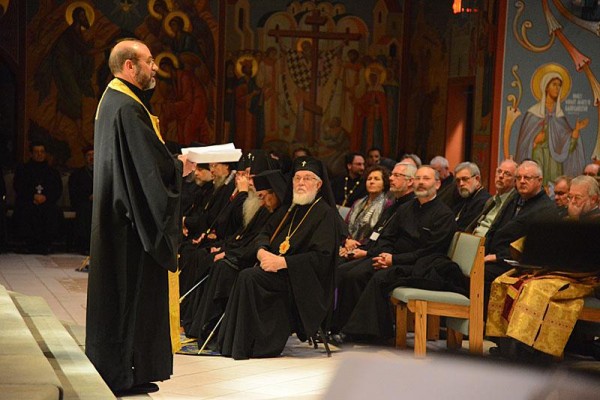 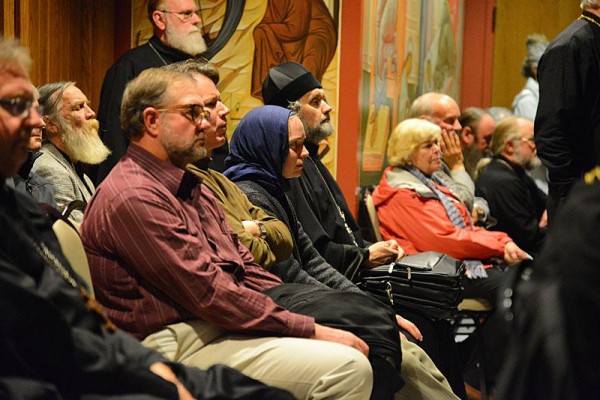 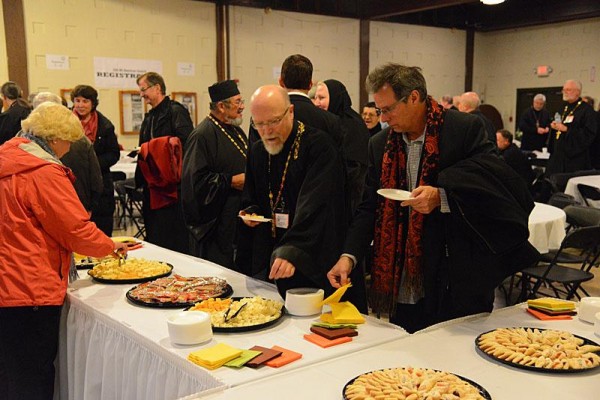 The members of the Holy Synod retired into the altar where they elected Archbishop Tikhon.

Biography of His Beatitude, Metropolitan Tikhon

Archbishop Tikhon was born Marc R. Mollard in Boston, MA on July 15, 1966, the oldest of three children born to Francois and Elizabeth Mollard. After brief periods living in Connecticut, France, and Missouri, he and his family settled in Reading, PA, where he graduated from Wyomissing High School in 1984. In 1988 he received a Bachelor of Arts degree in French and Sociology from Franklin and Marshall College, Lancaster, PA, after which he moved to Chicago.

In 1989 he was received into the Orthodox Church from Episcopalianism and, in the fall of the same year, he began studies at Saint Tikhon Seminary, South Canaan, PA. One year later he entered the monastic community at Saint Tikhon Monastery as a novice.

Archbishop Tikhon collaborated with Igumen Alexander (Golitzin) in the publication of “The Living Witness of the Holy Mountain,” published by Saint Tikhon Seminary Press, by illustrating this classic book about Mount Athos.

In 1995 he was tonsured to the Lesser Schema by His Eminence, Archbishop Herman, and given the name Tikhon, in honor of Saint Patriarch Tikhon, Enlightener of North America. Later that year he was ordained to the Holy Diaconate and Holy Priesthood at Saint Tikhon Monastery. In 1998 he was elevated to the rank of Igumen, and in 2000 to the rank of Archimandrite.

In December 2002, he was appointed by Metropolitan Herman to serve as Deputy Abbot of Saint Tikhon Monastery.

His Beatitude, Metropolitan HERMAN presided at the consecration of Archbishop Tikhon [Mollard] to the episcopacy at Saint Tikhon of Zadonsk Monastery on Saturday, February 14, 2004.

Archbishop Tikhon was elevated to the rank of Archbishop on May 9, 2012.

On November 13, 2012, Archbishop Tikhon was elected Primate of the Orthodox Church in America

Most viewed articles
An Extraordinary Session of the ROCOR Synod of Bishops Convenes138
How to Get Rid of Spiritual Infantilism?103
How to Respond to Opposition to the Gospel100
A Piece of Rock Falls Down on the Skete of St. Anna on Mt. Athos84
His Beatitude Metropolitan Tikhon Issues Statement on Tragic School Shooting in Texas60
Romanian priests in Madrid draw conclusions on the benefit of praying together with family members41
PRAY: 14 Students, One Teacher Dead After Texas Elementary School Shooting40
Three Words35
test1
Most popular authors
Pravmir.com team222
Priest Andrei Chizhenko103
Archpriest Basil Ross Aden100
Metropolitan Tikhon of All America and Canada60
Aurelian Iftimiu41
Associated Press40
Archpriest Geoffrey Korz35
Maria Trushanina1