Archpriest Mikhail Li: Troparia of Holy Week and Hard Labour in a Quarry 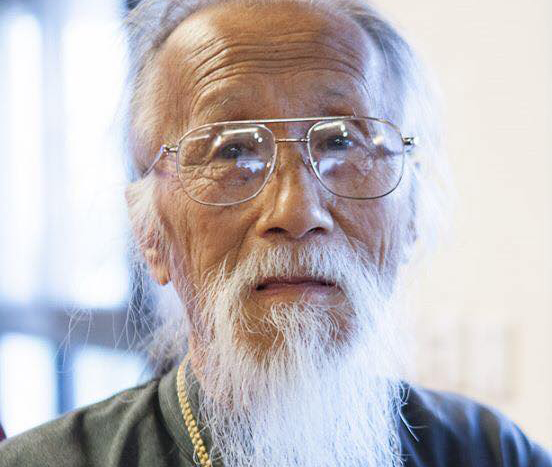 I remember when, by Vladyka Hilarion’s (Kapral) petition, Father Mikhail and his Matushka finally arrived in Australia towards the end of the nineties. Here he resumed his priestly duties after a long break.  My mother is the chairwoman of the Chinese Missionary Society of our Diocese, so, as you can imagine, we saw Father Mikhail quite often.

I remember our very first meeting in Australia. We were driving somewhere, and I started asking Father Mikhail and his Matushka how they prayed, how they survived after being thrown out of their home, how Father Mikhail, who was working at the quarry, was forbidden from wearing his cassock or his cross or praying outwardly.  Altogether any outward display of Orthodox faith was forbidden.

Father Mikhail replied, “We sang the Troparia of Holy Week and prayed in secret.”  And right there in the car he started singing in his high voice, “The Noble Joseph…” and then “I See Thy Bridal Chamber Adorned…” “Did Matushka sing as well?” I asked.  “No,” replied Father Mikhail. “Matushka cried so much, she lost her voice completely.” Apparently, Matushka used to sing beautifully when they were still serving, but after all the sorrow they had to endure she lost her voice.

When Vladyka Hilarion found Father Mikhail in China, the latter was still a simple priest, without any church awards – he had not received any as the state authorities had forbidden him from serving. In Australia Vladyka bestowed several awards on him, because he had been ordained in 1950, prior to all our clergymen.

I remember some time later I had to serve alongside Father Mikhail in Sydney several times a year.  He was already a Mitred Archpriest then.  During joint services they would put him before everyone else, as a Mitred Archpriest, but he would say, “No, I must stand at the end, you have all been serving longer than me.”

These were the words of someone who was older than all of us, someone who had been ordained before us… And this was not pretence – it was the true humility of a person ready to accept any hardship sent by the Lord.  Despite the fact that he had been awarded with a mitre and a second jewel-encrusted cross, he still wanted to be the last in the row of priests, because he sincerely felt his unworthiness. 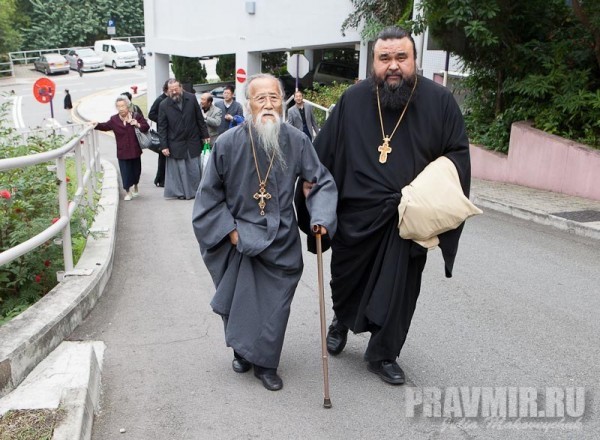 Another memory: Father Mikhail coming to church by taxi to serve.  He deeply loved serving; he found it hard to go without it.  Parishioners in their turn loved Father Mikhail so much they hired a taxi to bring him to church and take him back home.

The last time I saw Father Mikhail was during Great Lent.  He had to undergo kidney dialysis twice after his kidneys had shut down: first at home, then in hospital.  I visited Father Mikhail in the Orthodox nursing home, we hugged each other.  And I asked him, “How are you Father Mikhail?” He replied, “It’s time to go to God.”  He lived a little longer, he saw Pascha.

Father Mikhail Khlebansky was the second priest in my life, and his mentor, Archpriest Rostislav Gan, was the first.  He was more than a good spiritual father to me in my childhood – our priestly paths crossed as well – at first in Brisbane, where I was invited to serve in his church as second priest, then in New Zealand, where I took over from him the Auckland parish he had revived by his efforts…

Having lost two personal mentors today, I feel no sadness, because it is a gain – for them, of the Kingdom of Heaven, and for us – of two intercessors before the Throne!

Once again – Christ is Risen! 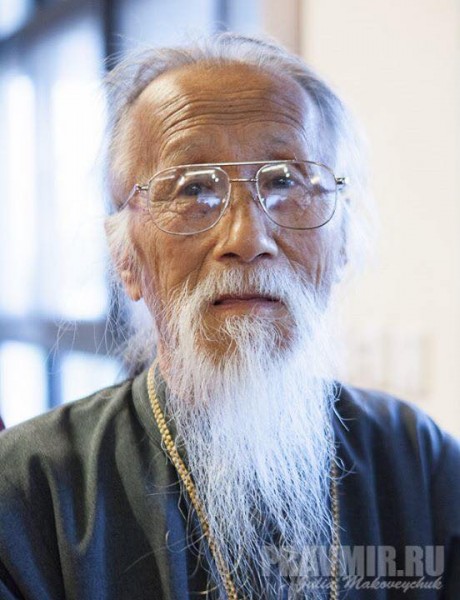 Father Mikhail Li was born in 1925 in Pekin, in Bei-Guan, on the compound of the Russian Ecclesiastical Mission, which was still in its heyday.  He was the eldest in a family of six.  He studied in the missionary school, sang in the choir, and deeply loved the service.

He was ordained a priest by Archbishop Viktor (Sviatin).  During the years of the Cultural Revolution he suffered for the faith by being sentenced to hard labour. His whole family – his wife and four children – suffered deprivation along with him.

By the efforts of Vladyka Hilarion (Kapral) Father Mikhail and his Matushka were able to move to Australia, where he resumed his priestly ministry after a long adjournment and continued to serve while able to keep standing.  Among his parishioners there were immigrants from Harbin as well as the “new” Chinese.

Father Mikhail saw St. John of Shanghai and co-served with him.  He remembered three of the heads of the Mission: Metropolitan Innokentii, Archbishop Simon, and Archbishop Viktor, who was his first spiritual father.

Kira Pozdniiaeva, the wife of Father Dionisii Pozdniiaev, Rector of the Parish of the Holy Apostles Peter and Paul in Hong Kong, writes on her Facebook page about seeing Father Mikhail in 2012.  The already elderly, but vigorous and happy Father Mikhail and his wife visited Hong Kong for the celebration of the 300-year anniversary of the Russian Ecclesiastical Mission in China.  She writes, “Despite his age and the long flight, he did not miss a single service or, apparently, a single event.”