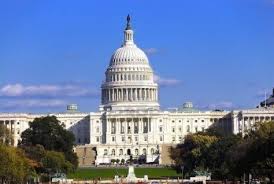 As Turkey’s Prime Minister Recep Erdogan continues his official U.S. state visit, a bipartisan group of U.S. Representatives introduced the Armenian Genocide Truth and Justice Act, a new measure calling upon the President to build upon the U.S. record of having recognized the Armenian Genocide by working toward improved Armenian-Turkish relations based upon the Republic of Turkey’s full acknowledgement of the facts and ongoing consequences of the Armenian Genocide, and a fair, just, and comprehensive international resolution of this crime, reported the Armenian National Committee of America (ANCA).

“We welcome today’s introduction of the Armenian Genocide Truth and Justice Act,” said Aram Hamparian, Executive Director of the ANCA.  “This innovative bipartisan initiative, building upon the U.S. record of having recognized the Armenian Genocide, calls for a new U.S. approach to Armenian-Turkish ties that reflects our America values and recognizes that our national interests require an end to Turkey’s denials and a truthful, just, and comprehensive international resolution of this crime.”

The Armenian Genocide Truth and Justice Act, introduced by Representatives Michael Grimm (R-NY), Adam Schiff (D-CA), David Valadao (R-CA) and Frank Pallone (D-NJ), reflects and reinforces previous U.S. affirmation of the Armenian Genocide as a crime of genocide, citing the U.S. Government’s May 28, 1951 written statement to the International Court of Justice regarding the Convention on the Prevention and Punishment of the Crime of Genocide, President Ronald Reagan’s April 22, 1981 Proclamation and Congressional adoption of Armenian Genocide legislation in 1975 and 1984.

“Almost a century ago, over a million Armenian men, women, and innocent children were mercilessly put to death by forces of the Ottoman Empire in a horrifying attempt to wipe them from the face of the earth,” said Rep. Grimm. “The U.S. has tirelessly defended justice and human rights throughout the world, and we have a solemn duty to recognize, once and for all, the injustices of the Armenian Genocide. On behalf of the Armenian community in New York City, I am proud to join with my colleagues on both sides of the aisle in introducing Armenian Genocide Truth and Justice Act.”

“The facts of history are well-settled – 1.5 million Armenian men, women and children were deliberately murdered in the first genocide of the 20th Century,” Rep. Schiff said. “With each passing day, we lose a few more of the dwindling number of survivors. We should all feel a powerful sense of urgency, and the profound call of moral duty to recognize the Armenian Genocide unequivocally and without delay.”

Congressman Valadao stated, “Many of those able to flee during the genocide immigrated to the United States and settled in California. Today, their families continue to grow, thrive, and instill their cultural heritage in their adopted communities. However, the sense of loss as a result of these horrific acts runs deep as many Armenian-Americans in my district personally know a friend or family member who was unable to escape the genocide. We must ensure that the United States government properly acknowledges what so many already know to be true.”

“The time for the U.S. to officially recognize the Armenian Genocide is long overdue,” said Congressman Frank Pallone, Co-Chair of the Congressional Caucus on Armenian Issues.  “Armenia stands as a resilient ally of the United States and a nation dedicated to democracy and regional stability, and the Resolution introduced today shows that we will not stand idly by when the truth of this genocide is distorted by the Turkish government.”