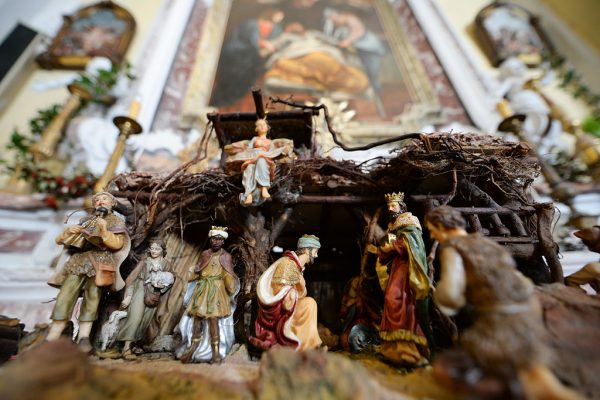 What’s the Christmas season without a few breathless complaints issued by the Freedom From Religion Foundation?

A public elementary school in Oklahoma has reportedly removed a live Nativity scene from it’s annual Christmas show after one person notified FFRF, who then sent a threatening letter from an attorney warning the school they might be sued if they didn’t remove mentions of Jesus from their Christmas show.

The letter, which you can read in full HERE, amounts to nothing more than a baseless threat tantamount to bullying.

It begins by stating with absolute certitude that Edmond Public Schools were committing a “constitutional violation that occurs each year.” How they confirmed this after only receiving a call from one person is not made clear in the complaint.

The supposed violation is the annual school Christmas show that features a live Nativity scene. “Please note that including a live nativity performance in a school’s holiday concern remains illegal even if participation in the nativity scene is “voluntary,” the letter explains.

FFRF paints a dramatic picture, citing “immense pressure for students to do as their instructors and their peers are doing.” This is an interesting warning, considering FFRF is putting immense pressure on students and parents and teachers to be afraid to talk about their faith in any way, shape or form.

The mere inclusion or mention of Jesus, God or anything in the Bible, however, does not automatically mean there has been a constitutional violation. The establishment clause is not as cut and dry as FFRF would like it to be, but they begin the letter stating it as a certain fact and use threatening language like “illegal” in order to bully the school into submission.