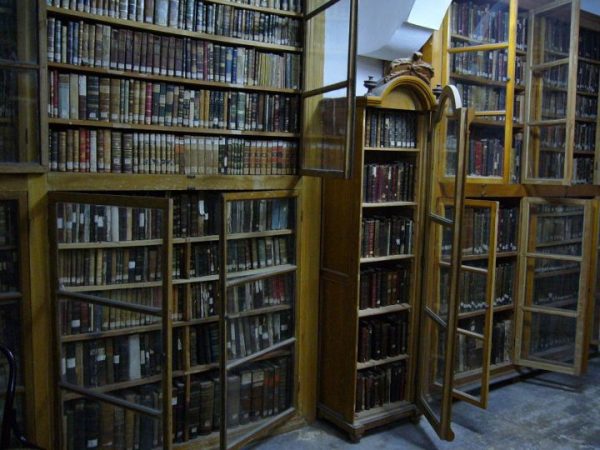 Mount Athos’ religious and cultural treasures can now be accessed by people all over the world through the Athos Digital Heritage platform, after the finalization of the OTE Group project.

The “Athonite Digital Ark” project took four years to complete by the OTE Group on behalf of the Holy Community of Mount Athos. It was a gargantuan task that now enables everyone on earth to explore more than 2 million digital images of documents, books and manuscripts from around the world, as well as 27,000 relics and 3D monument, by clicking www.mountathos.org.

The digitalization of the historical archives, manuscripts, incunabula and artifacts has produced 2,200,000 digital records which include:

An historical archive that contains approximately 200,000 documents, or 556,795 digital records and a wealth of manuscripts, estimated to be as many as 3,300, including parchment and/or paper mss, which amount to 908,336 separate digital records.

In addition, it is estimated that the Mt. Athos repository contains about 22,000 sacred objects, both icons and other religious objects, including relics, comprising 51,650 digital records.

In an incredible opportunity for bibliophiles and religious scholars, there are more than 500 hours of audiovisual material available and over 25,000 pages of modern, original, unpublished material to read as part of the new online archive.

In addition to introducing the cultural and religious wealth of Mount Athos to the world, the Athonite Digital Ark is an effort to introduce the Orthodox Christian tradition to new generations through the digital means that we are all familiar with today.

The Athonite Digital Ark will also contribute greatly to the fields of education and research worldwide through the practical coupling of tradition and technology.

The digitization and documentation of of all documents, rare books, manuscripts sculptures, mosaics, and religious objects of great importance to the history of Christianity was a demanding and multidimensional effort that will result in connecting Mount Athos with the rest of Greece and the world.

In order to complete the Athonite Digital Ark project, the OTE Group collaborated with over 200 distinguished scientists and academics, including historians, architects, and Byzantine scholars. After they were divided into different task groups, they documented the material, with the support of the Athonite monks, to whom all the necessary digital technology was taught.

The digitization of Mount Athos’ priceless treasures was co-financed by the European Union as part of the Competitiveness, Entrepreneurship and Innovation Operational Program.