The teachings of Jesus Christ and His Apostles as well as those of the Fathers of the Church are directly or indirectly related to moral issues and the way a Christian ought to live his or her life. From the Orthodox perspective, Christ is the final or absolute authority of morality in a Christian society. Even though tolerance and respect of other faiths are a necessity within a pluralistic society, Christ is the supreme authority for the particular Christian community.
| 14 July 2010

Source: The Canadian Orthodox Monastery of All Saints of North America, OCA

I am making the following brief statement as a committed Orthodox Christian and as a priest of the Church. I share with you my personal reflections on the authority for a moral life in accordance with my faith experience.

The teachings of Jesus Christ and His Apostles as well as those of the Fathers of the Church are directly or indirectly related to moral issues and the way a Christian ought to live his or her life. From the Orthodox perspective, Christ is the final or absolute authority of morality in a Christian society. Even though tolerance and respect of other faiths are a necessity within a pluralistic society, Christ is the supreme authority for the particular Christian community. 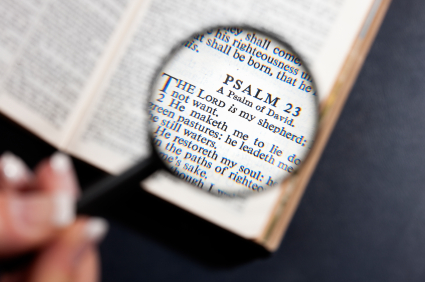 The expression of Christ’s authority within the world is that of Holy Scripture and Holy Tradition as is manifested in the Church. According to Orthodoxy, the Law of God as applied to the authority for a moral life is manifested in three ways. First, as natural law (the inner conscience), second as the written law (the Old Testament), and third as spiritual, evangelical law (the Gospel of Christ). These three laws are not in conflict with each other, but rather have similar authority because all three have the same source, God, and the same goal, which is to guide man to attain moral perfection.

The question of authority is bound to revelation. Revelation as authority is a religious and theological matter before it becomes psychological, social and political. Revelation is that which makes authority authoritative without being authoritarian. It does not destroy freedom but rather fulfills it. Religious authority must always be collaborated with personal consent before it can function, otherwise is becomes coercion and an exercise of compulsion over human thought and action. For that reason, Christ’s authority is that of a personal nature and is intended for a personal acceptance and established by faith. The Bible, Church and Tradition are witness to the authority of revelation of God’s will for man. Authority in the Church is a spiritual bond uniting the present with the past and moves on with hope to the future.

The Orthodox Church accepts the Holy Scriptures, Old and New Testaments, and Sacred Tradition as the basis for the moral life. In the Old Testament the foundation of moral life was laid in the creation of man according to God’s image and likeness. Man was given free will to choose between good and evil. God’s purpose for man is to live a life of virtue in accordance to the Law of God. Contrary to virtue is sin. Sin or vice is para physis, that is, contrary to God’s established moral order and, therefore, a parasite (St. John Chrysostom, Commentary to the Ephesians, Homily 2, PG 62 21A). The root of any virtue is love – love for God and love for neighbour. The source for all virtues is God and without love of God genuine love cannot be attained (St. Gregory Palamas, Homily 55, in George Mantzanides, Texts of Patristic Ethics. Thessaloniki, 1982, Pp.78-79).

In Orthodoxy, when we speak of authority we point to Christ as the source of all teachings and doctrines including the ethical life. Christ is the absolute authority in regulating the life of the Christian. He said, “I am the way, and the truth, and the life…” (John 1:6) and He is the “Lord of the Sabbath” (Luke 6:1-5).

The authoritative basis of the Christian ethical life is Christ. The primacy of doing good is the expression of obeying the divine will and the moral commands of God (C. Androutsos, System of Ethics, in Greek, Athens, 1925, p.25). For Orthodox Christianity the good is the primary motivation to attain moral life and provides the basis and foundation of Orthodox Christian ethics. To be sure, “Orthodox theology identifies the good with God. The Triune God is not only good, but also the good. This fundamental theological affirmation is the foundation of Orthodox Christian ethics.” (See Fr. Stanley Harakas, Towards Transfigured Life, Minneapolis, 1985, p.19). The emphasis of the authority of Orthodox ethical life is God Himself. The norm for the Christian ethical life is God and the basis for doing good is God Who is “goodness” and worthy of our love. By doing good or living an ethical life we express our love for God. Orthodoxy does not derive the moral norm from cannon law or other ethical legislation by Church officials. “There is no other norm for good than God Himself as known and understood” by His people. (See Paulos Gregoris, The Human Presence, Geneva, 1978, p.98).

The values of civilization and cultures change depending on economic, political, racial, and national conditions. The Christian understanding and authority of morality remains always true to divine revelation and the fullness of the God-given vocation is to practice the commandment of love. Again we return to Christ as the source of love and the only valid authority for the obedient soul. This does not enslave man but sets him free and opens up to a new life of freedom and love.

Where does this lead us who live in the American pluralistic society? I am confident that once people live according to the natural law of God, the written law of Moses and that of Christ’s evangelical law of love, all of us would live together in harmony. Where we all fall short is the violation of God’s law of love and tolerance, which is opposed by insisting on human arrogance of individualistic morality.

In conclusion, I reiterate that the law of God is the basis for the moral life according to the Orthodox tradition. As St. Gregory Palamas states, there is no conflict between the moral authority of the Decalogue of Moses and the Evangelical Law of Christ. I end my brief remarks with St. Paul’s words, “make love your aim, and earnestly desire the spiritual gifts…” (1Cor. 1:1)