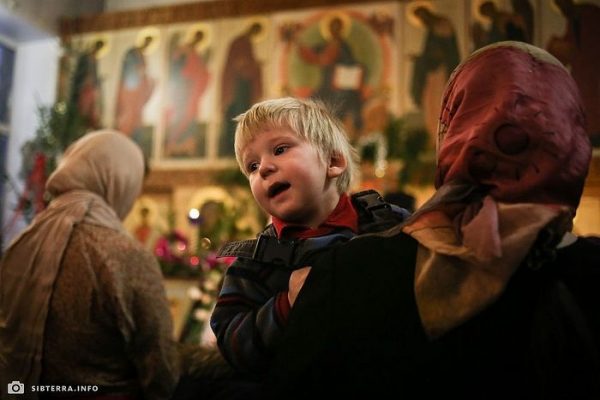 Why are our Orthodox Single Parents so seemingly neglected in the writings and life of the Church?  Our Orthodox Christian treasure of writing does not contain much on single parenting.  But in our society, single parenting is a common reality.  So why the darn-near silence from the Church of Christ on the matter?

We are beginning to see a lot more written about divorce, and there is certainly a lot written about grieving a loved one’s loss (such as a spouse or parent).  These are the two ways a marriage is split.  But we have yet to see much written about life AFTERWARD.  The frequent occurrence of divorce that we see today is novel- new to our society and certainly new to Orthodoxy.  The idea of having a child outside of wedlock (whether purposely or not) is also novel.  And because children were often raised by multiple generations of family, not just the parents, the loss of one parent was not as devastating as it is in today’s isolationist society.  So maybe we are still dealing with these newer realities theologically and just haven’t gotten as far as what happens afterward yet.

I think it is also rare to see writing in the Orthodox Tradition about single parenting because the instructions that are given to married parents within the Scriptures and the writings of the fathers remain constant for single parents as well.  A parent is still a parent and has the same responsibilities and privileges given to them by God, whether married or not.  In addition, again, divorce was not nearly as common then as it is now.  It was shameful then, whereas now it is commonplace, still painful, yes, but it does not carry as much shame as it did in previous ages.  As a result, there would not have been much written about it.

I’ve been thinking a lot about single parents lately.  I have friends and family who are either single parents or soon to be who are struggling with the burdens of parenthood.  I am a crisis/trauma/grief counselor in training, and much of grief counseling deals with life after the loss of a loved one.  So this topic is on my heart, and I want to offer some thoughts in a small series that will hopefully be a little nugget of help and comfort for single parents among the faithful out there, a little Avgolemono (the Greek equivalent of chicken soup) for the Orthodox Single Parent’s Soul.

Navigating the journey of parenting in a one man boat ain’t no Carnival Cruise, that’s for sure.  Almost every occurrence of single parenting begins with hard times.  Whether it’s caused by a divorce, a death, or never involved a spouse to begin with, single parenting almost always brings with it difficulty. We cannot ever answer the question, “why did this happen to me?”  To know the answer would be to know the mind of God.  He knows something we don’t.  He sees a big picture that we can’t see.  He knows that this difficult time is going to lead us somewhere that He plans for us to go.  Our challenge is to be patient, trust Him, and wait for all to be revealed.

In the meantime, what we do know is that He suffers right along with us.  What you are feeling right now, He feels.  The most profound sentence in the Gospels, in my opinion, is in the Gospel of John, where it is written, “Jesus wept.”  He suffered at the loss of his friend Lazarus.  He suffers with you, too.

All of the emotional, mental, physical, and spiritual responsibilities that parents have to their children are easier fulfilled when there are two people to do the work, right?  Unfortunately, this means that you are doing the work of two people on your own.  But should you be?  You cannot realistically, as a single parent, do double duty.  You physically cannot be both mom and dad.  God understands this. In His great love for us, He knows that there is no way for you to expend the same amount of energy on parental tasks as two parents would. And he knows that the uniqueness of motherhood and fatherhood cannot be achieved by the remaining parent when one is missing.  So don’t push yourself to try and be all things to all people.  Our comfort, then, is that God is always able to mystically fill that which is lacking.  As a single parent, you are going to need to trust Him to fill that which would normally be filled by a spouse.

So, the most important thing to know as a single parent is that while you may be rowing this boat all on your own, God is the one directing the winds, controlling the currents, and steering the sharks clear of your little dinghy.  The point is, you really are not on your own.  God has not, and never will, abandon you.  Your first responsibility as a parent, single or not, is to not abandon God.  More on that point to come. 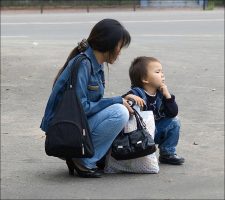 Alan Cohen said about guilt, that it is “punishing yourself before God doesn’t.”  I’m not sure… 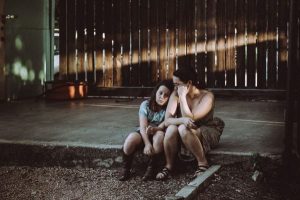 Should parents show their emotions, or suppress them in favor of good parenting? There is a…

Alan Cohen said about guilt, that it is “punishing yourself before God doesn’t.”  I’m not sure I even…

Time to Go to Church: A Time to Fear and Dread?

In my former position as youth coordinator of the Greek Orthodox Metropolis of Atlanta, there was one thing…