Beyond the Plateau: Is Your Parish Focused on Mission or Maintenance? 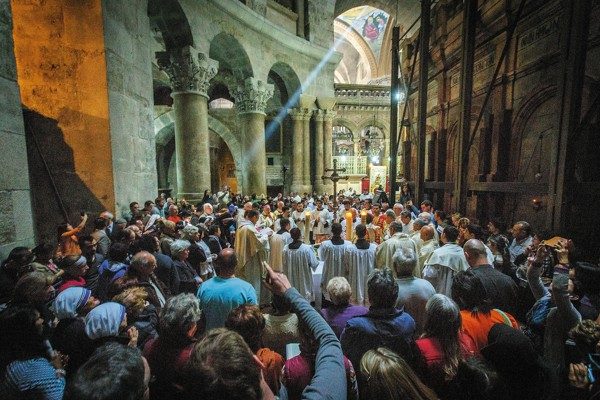 Clergy and members of parishes that are beginning to decline will tend to notice something happening.  At first, what begins to happen is very subtle, hardly noticed.  It comes up during warm conversation, perhaps during coffee hour, and may even be, at the beginning of this period, something that is undertaken with joy and laughter as parishioners engage in it during their conversations with one another.  It is nostalgia.

And it always begins with the words, “Remember when…?”

Nostalgia is a killer. Many people in our churches sometimes speak rhapsodically about those “good old days” in the forties, fifties, sixties, or whatever decade is in vogue. We reminisce about and yearn for full churches and full Sunday schools, but what we don’t realize is that society itself has changed. We no longer live in the “churched culture” of many of our childhoods. A “churched culture” is not so much characterized by the numbers of those actively participating in the life of the Church, but rather by a very noticeable feeling throughout society that the Church is important, that it matters. To an awful lot of people today, the Church not only does not matter, it matters less and less as the years go by. It’s not that they see the Church as harmful or hurtful; they see the Church as not really relevant or helpful.

Yet, many of us in the Church, at various levels of involvement and ministry, act as if nothing has changed. We continue to act as if the general population is seeking us out (churched culture, maintenance mindset) rather than acting like the Church we find in Acts, and seeking the world out (mission mindset). It is for this reason that we have as many declining and dying parishes as we do.

And why do we prefer to see one way over the other? Because the parish of a churched culture is calm, peaceful, organized. Think “Ozzie and Harriet.” (Anybody under 50 immediately is asking, “Who are they?” And that, in part, proves the point.) The parish of the mission mindset, however, is going to be none of these things. It is going to be hectic, challenging, disturbing even—not exactly everybody’s cup of tea, which is why many people don’t want it and why we have trouble seriously imagining what it would be like.

What the “maintenance” mindset leads to is a preoccupation with whether our churches are growing, rather than whether our mission to the world is flourishing; whether our churches are able to manage their accounts, rather than whether we can fulfill our God-given directives. We have been preoccupied with maintenance when we must be preoccupied with mission. But church growth is not about growth alone. As one church growth author has noted, “Our current problems cannot be conveniently reduced to whether the church membership statistics are growing or declining. Our current problems have more to do with mission than membership, more with service than survival, more with the planet than the church plant (i.e., facilities), more with the human hurts and hopes of the world than the hemorrhaging of a denomination….  We are called to share the Kingdom, not to grow churches.”  We don’t grow churches, only God can do that.  When we confuse the two, we get the problems with which we are now struggling.

Focusing on maintenance can be depressing, tedious, dreary, and discouraging. Focusing on mission can be uplifting, visionary, joyous, and inspiring. And, it’s not difficult to change the parish’s focus from one to the other: what’s needed is a little trust (in God—this is what changes mere “belief” to active and powerful “faith”), cooperation (between priest and parish leadership; one or the other alone cannot do this effectively, let alone powerfully), education (on what can be done, as well as what shouldn’t be done), and training and equipping.

The good news is that turnaround ministry is possible and can happen, but only if a declining parish’s priest and parishioners are willing to commit themselves to the effort of turnaround ministry. Such an effort will require the entire parish working together as a team to turn the tide and make a full comeback to healthy witness and ministry. While moving forward often requires reflective moments of looking back, pure nostalgia for times gone by can slowly grind to a halt any efforts to move a declining church forward. Those wishing to move their churches to full health and growth must remember that memory of the past must be coupled with vision of the future and real mission in order to achieve a holistic approach to real church growth.

Beyond the Plateau: Leading the Church through Needed Change

We all know the story, or have heard versions of it.  A new priest is assigned to a…