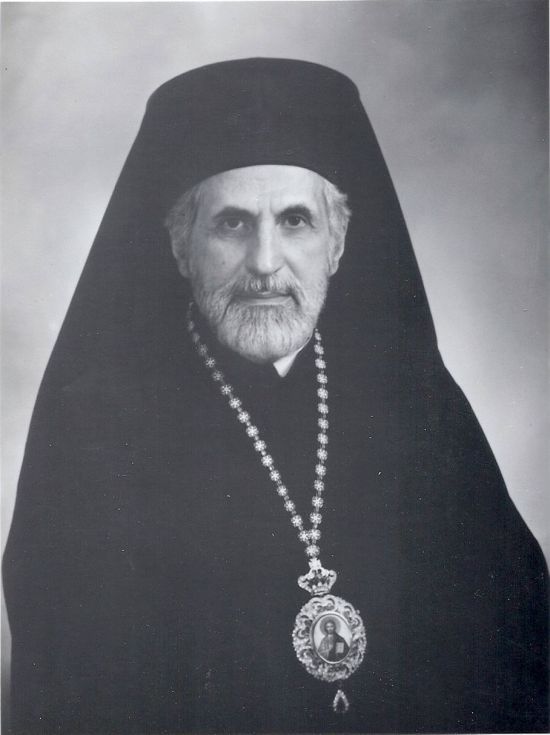 Bishop John Kallos dedicated his life to the Greek Orthodox Church. During his nearly 60 years of service to the church, including more than 40 as a bishop, Kallos assisted in the church’s growth in Atlanta and beyond.

“Bishop John was instrumental in bringing the diocese’s headquarters to Atlanta,” said the Very Rev. George Tsahakis, chancellor of the Greek Orthodox Metropolis of Atlanta. “He once told me, ‘Father George, every time I wanted to visit a parish in Florida, I had to go from Charlotte to Atlanta, and then Atlanta to Florida.’ ” So he recommended to the archdiocese in New York that the headquarters be moved to Atlanta because he seemed to spend a lot of time coming through Atlanta.”

John Christodoulos Kallos, of Tucker, died Saturday after a brief decline in health. He was 84.

Services have been scheduled Friday at the Greek Orthodox Cathedral of the Annunciation as follows, 8 a.m. Orthros, 9 a.m. Hierarchical Divine Liturgy, followed by an 11 a.m. funeral. Burial will follow at Greenwood Cemetery. A.S. Turner & Sons Funeral Home and Crematory is in charge of arrangements.

Kallos was well respected among the Greek Orthodox and other denominations, Tsahakis said. His love to, and commitment for, the church endeared the bishop to many.

In a prepared statement, Archbishop Demetrios of America, the head of the church in America, said that Kallos had always been “a person with deep religious feelings and a desire to communicate his knowledge to the people for their edification and spiritual enrichment.”

“We certainly will miss him as a witness of the eternal Orthodox faith,” he said.

A native of Chicago, Kallos’ parents were from Alatsata in Asia Minor. An only child, he was reared in the Greater Boston area, where he studied religion and theology extensively. He earned his undergraduate degree from Boston College and studied at Holy Cross Greek Orthodox Theological School in Massachusetts; the Divinity School, University of Athens in Greece; the Ecumenical Institute in Geneva, Switzerland; Huntingdon College in Alabama; Harvard Divinity School in Boston; and Episcopal Theological School in Cambridge, Mass.

He was ordained a deacon in 1955, and a little more than a year later, Kallos was ordained a priest. During his time as a priest, Kallos served several parishes and in academic and administrative positions at Holy Cross Seminary.

In 1971, Kallos was selected and ordained as the first American-born bishop of the Greek Orthodox Church.

“I think he was proudest of that because oftentimes the bishops would be selected from priests in Greece or from among priests that were born and raised in Greece or other parts of Europe. So that was breaking new ground when he was selected. It was like the coming of age of our church.”

Kallos, who had served as an auxiliary bishop in Houston and Denver and as a diocesan bishop in Charlotte and Atlanta, retired in 1989, but he remained active in the church.

“The retired clergy of our archdiocese have a motto, ‘We’re priests forever,’ ” Tsahakis said. “And even though Bishop John retired, he rarely missed an opportunity to be with us.”

Kallos is survived by several cousins.