Bishop Matta Alkhouri: stop the speculation regarding the bishops kidnapped 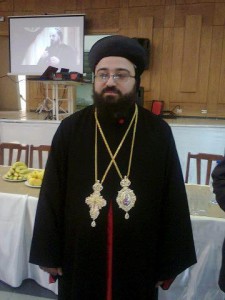 Damascus (Agenzia Fides) – “Every week some politician or some journalist pulls out some story on the two Metropolitan Bishops of Aleppo kidnapped. But so far they have always been unverifiable deductions. The reality is that almost four months have gone by since their kidnapping and we do not who kidnapped them”. This is what Metropolitan Timotheus Matta Fadil Alkhouri, patriarchal Assistant in the Syrian Orthodox Patriarchate of Antioch reported to Fides Agency. The latest unverified rumors even come from the United States, where Republican politician Charlie Dent has taken steps to gather information with regards to the kidnapped bishops – the Syriac Orthodox Mar Gregorios Yohanna Ibrahim and the Greek Orthodox Boulos al-Yazigi – due to the insistence of the Syrian community in the city of Allentown. Anonymous sources close to the British diplomacy then attributed to the U.S. politician the deduction that the two Bishops, are still alive and are hostages in the Turkish territory of Islamist groups involved in a “plot” to move the seat of the Syriac Orthodox Patriarchate from Damascus to Turkey, and influence the succession of the Syriac Orthodox Patriarch, the eighty-year-old Mar Ignatius Zakka I Iwas. In the light of these media speculations, the statement made a few days ago must be understood, in which the leaders of the Syriac Orthodox Church, emphasized that the patriarchal seat will not be moved from Damascus and have indignantly rejected the allegations spread by the media about possible intra-ecclesiastical rivalry among the causes of the kidnapping of the two bishops of Aleppo. “The truth”, Bishop Timotheus Matta says to Fides “is that today we do not know who really kidnapped them. We pray that God will protect them: so far we have had no clue that could contradict the hope that they are alive and in good health. We would only like to find real and serious contacts with those who really know what we must do to favor their release”. The Syriac-Orthodox Bishop confirms having heard that father Paolo Dall’Oglio – the Italian Jesuit, who went missing between 28 and 29 July in the Syrian city of Raqqa, in the hands of opposition forces to the Assad regime – wanted to “do something for those kidnapped, but we do not know which group he had got in contact with.”

“In the given conditions”, added bishop Matta Alkhouri “we only care to have news from: governments, NGOs, the police and people of good will in those areas – and any other relevant information concerning the concrete situation of bishops Ibrahim and al-Yazigi, and also that of the Armenian Catholic priest Michel Kayyal and the Greek Orthodox Maher Mahfouz, kidnapped on 9 February”. (GV) (Agenzia Fides 10/08/2013).