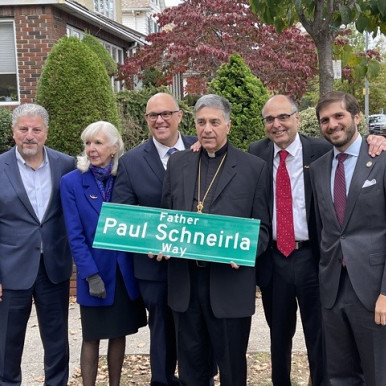 The corner of 81st Street and Ridge Boulevard in Brooklyn, New York is the home of St. Mary Antiochian Orthodox Church. The nearby stretch of 81st Street now shares a co-name with its founding pastor who served there for 50 years.

Alongside his family and longtime parishioners, officials with the city of New York unveiled the street sign that reads “Father Paul Schneirla Way,” honoring his life-long ministry to the Antiochian Archdiocese, in addition to the Standing Conference of Canonical Orthodox Bishops in the Americas (now the Assembly of Canonical Orthodox Bishops of the United States of America), St. Vladimir’s Orthodox Theological Seminary in New York, and Orthodoxy in North America. 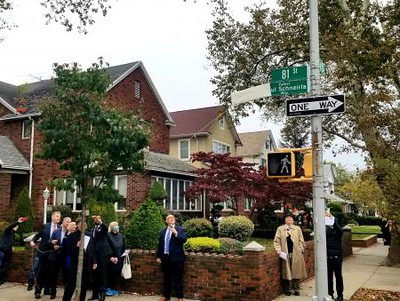 Fr. Paul’s daughter, Ms. Dorothy Schneirla Downie, was grateful for the co-naming, but said that it does not belong to Fr. Paul alone. “This honor and recognition of Father Paul, as I have tried my best to say, also belongs to all of you, your parents, grandparents and those who came before you – the success of the Eastern Orthodox American Arab experience is a compelling story yet to be told.” (full remarks) 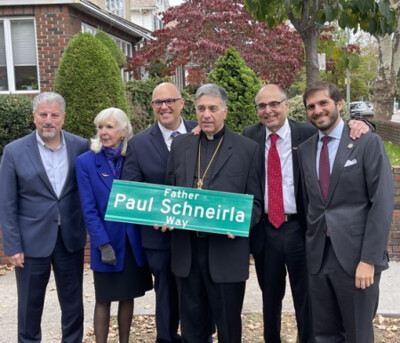 Fr. Paul Schneirla (1916-2014) converted to Orthodox Christianity from a Protestant background as a young man, graduating from St. Vladimir’s Seminary. Fr. Paul married Kh. Shirley (1923-2012) in 1942 and was ordained a priest in 1943. He led a number of ministries in his 71 years of priestly service. 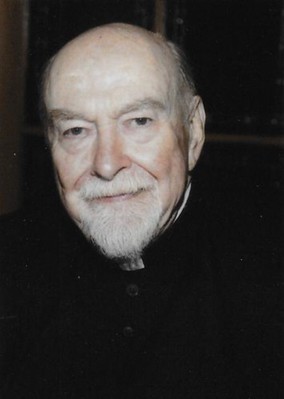