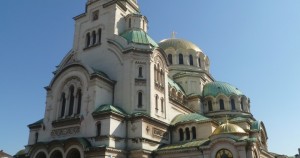 The Bulgarian Orthodox Church is scheduled to name on January 13 its delegates to the electoral college that will elect a new Patriarch of the church on February 24.

The new Patriarch will be chosen by secret ballot from among three candidates to be named by the church’s governing body, the Holy Synod.

Currently, the Holy Synod is presided over by Varna Metropolitan Kiril, who also temporarily is holding the other office associated with the Patriarch’s throne, that of Metropolitan of Sofia.

To be eligible for election as Patriarch, a metropolitan must have presided over a diocese for at least five year, must be at least 50 years old, while other criteria are more abstract – that the Patriarch should have the appropriate attitude to the Orthodox Christian faith and respect the church order.

On January 13, 75 delegates to the electoral college will be chosen, representing the 13 dioceses in Bulgaria and the two dioceses abroad – the United States, Canada and Australia and Western and Central Europe. Each diocese is to send five representatives, made up of three clergy and two lay people, except the diocese of Sofia, which sends 10 representatives – six clergy and four lay people. The electoral college also includes representatives of three monasteries, Rila, Troyan and Bachkovo, as well as the Bulgarian Orthodox Church’s seminaries. Other monasteries are also represented.

For the electoral college to be quorate, at least 75 per cent of its members must be present. If an hour after the appointed starting time there is still no quorum, the vote for the new Patriarch must be postponed by a week.

Plans are that immediately after the results of the election are confirmed, the Bulgarian Orthodox Church’s new Patriarch will be enthroned the same day in Sofia’s landmark Alexander Nevsky Cathedral.

Of the metropolitans, some are ineligible for nomination and election – Nikolai of Plovdiv and Ambrosii of Silistra, respectively for being too young and for not having sufficient years in office as a metropolitan. Metropolitan Joseph of the United States, Canada and Australia has said that his identification as a former State Security agent means that he should not be elected Patriarch. Yoaniki of Sliven also has said that he does not want to be elected Patriarch.

Bulgarian-language media said that Plovdiv Metropolitan Nikolai was likely backing the oldest possible candidates, Yoanikii and Dometian, with these reports advancing the theory that the powerful metropolitan wanted someone on the throne who would last just long enough until he reached the age of 50.

Those who were known to be close to the late Patriarch Maxim, in other words effectively seen as his protégés, are Metropolitan Joseph – who is alone among the former State Security agents to have offered a formal letter of apology for his collaboration with Bulgaria’s communist-era secret service – and Metropolitan Neofit, a former rector of the Theological Academy and, according to one Bulgarian report, possessor of the best singing voice in the Holy Synod.

Varna’s colourful Kiril, who has gained much attention for his expensive car, taste for football and golf lessons, has described media and social network attention towards him as part of a smear campaign.

Seen as a dark horse is Dometian of Vidin, a polyglot who speaks seven languages and who has studied in four countries including Russia and the UK. Lovech’s Gavril is popular with the public and is said to have influential friends in the Russian Orthodox Church.

A report in Bulgarian-language daily quoted theologian Ivan Zhelev as saying that the favourites in the race were Kiril, Neofit and Gavril.