Can Americans Really Be at Home in the Orthodox Church?

From the time I first became aware of Eastern Christianity via the Byzantine Catholic Church, and especially after the culmination of my search for the Truth led me and my wife to be baptized in the Orthodox Church, I have had a desire to spread the ancient Christian faith and to share everything I have learned with others. Orthodox Christianity provides the cure to the problems of mankind, and yet it is not well known in the West, something which I lament and which I am working to overcome in my own small way (but let the credit go to God, Who called and equipped me, and to my bishop Metropolitan Pavlos, in whose name I act).

Driving around North Carolina and Virginia, I would scope out places where Churches could be planted, monasteries built, and the Gospel preached. It was all very exciting to me, and over the years my fervor increased, until the time in 2006 when we put theory into practice and founded St. Mark the Evangelist Orthodox Mission Church in Raleigh, North Carolina. Soon, we were dialoging with others interested in missions, and eventually after my ordination to the priesthood, we founded Nativity of the Holy Theotokos Greek Orthodox Church in Greenville, NC.

Throughout all of this process, I found that the Orthodox Church naturally appeals to people. Almost everyone I have ever spoken with has been positive about Orthodoxy, except for a few principled Calvinists, traditionalist Roman Catholics, and Baptists. Conservative Christians appreciate our unchanging moral witness, while even liberal Christians find icons and our deep spiritual tradition to be a thing of beauty. Most of the people I have interacted with, though, have not converted. Is Orthodoxy perhaps just too foreign for Americans? 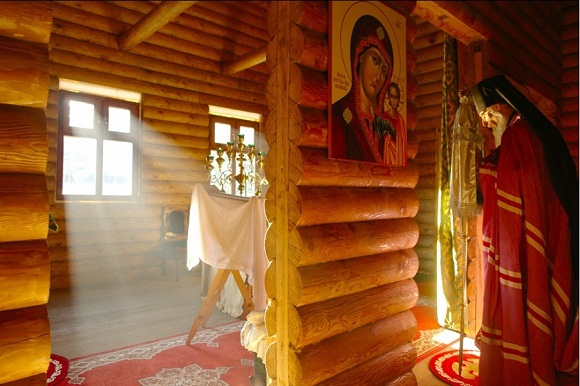 I have often heard this claim, and various supporting examples. Yet what’s interesting is that I have almost never heard it from non-Orthodox! Most often, it is self-identified Orthodox Christians who seem to be the ones that make this claim, usually in the context of arguing for various changes to Orthodox practices in order to make it more “accessible.”

One of the most common claims I hear made is that Byzantine chant is too exotic for Americans. The nasal, inflected nature of the music will just distract Americans. Yet my response is: which Americans?  Blues and modern R&B feature many of the same types of vocal inflections and embellishments that are present in Byzantine chant, and the same musical scales which permeate it are ubiquitous in modern rock and rap music; for instance, see Dick Dale & The Del Tones’ “Misirlou” from 1963 , or the popular sampling of Arabic and Indian music in rap and hip-hop songs by artists such as Jay-Z, Timbaland, and Truth Hurts. I know that from the first moment that I heard Byzantine chant, I was enthralled. Certainly, there are some who even after they become Orthodox find it to be grating on the ears, but I know of no one who did not convert to Orthodoxy because of the music.

Another popular myth is that Americans don’t know what a cassock is, are prone to thinking a priest in a cassock is actually a Muslim, and that as long as we wear long, black robes, we will never get anywhere. This claim is not only untrue, but it is also completely backwards. In my experience as an Orthodox priest in North Carolina, I am constantly approached by people who know I am a Christian priest, need prayers, or who want to talk about the faith. See my article “Why I Wear My Cassock to Wal-Mart” for more details. I have even had people come up and squeeze my hand or touch my pectoral cross and say “seeing you makes me feel comforted.” Imitating Western forms of clerical dress is not conducive to spreading the Orthodox faith and is a missed opportunity.

Occasionally, I hear the claim that our liturgy is too different than a Western Church service. One monastery I attended once is even involved with a project to change the Orthodox liturgical tradition to “make more sense” in our day and age. I remarked to them that plenty of converts were attracted to the received Orthodox liturgical tradition, while this monastery’s idiosyncratic attempt at redefining the liturgy was not spreading organically to other institutions, so this should be a sign. Here is one place where I have heard non-Orthodox make a criticism though, but these have all been High Church Anglicans who are used to the Book of Common Prayer. I can certainly sympathize with them, although a discussion of so-called “Western Rite Orthodoxy” is beyond the purview of this article.  I would simply remark that High Church Anglicanism itself seems foreign to many Americans, and we have had plenty of native North Carolinians come to our liturgies and Church functions, who have been struck by the beauty of the liturgy immediately. We even have had people in their 70’s come to the Church regularly, even though they had spent their entire life in Protestantism. The liturgy is not a barrier.

Other examples could be given, but I would like to close by mentioning that on a sunny Spring day in 2001, I looked out my office window in Downtown Raleigh and saw a line of Hare Krishna devotees going down the street, beating drums, and chanting to their pagan deity. Most of these devotees were White Americans. Research turned up their monastery in Hillsborough, and I see that there are hundreds of people who have converted to this religion in our area. Islam is a growing religion, too, as is Buddhism. All of these religions demand that converts adopt their lifestyle to the new religion, and not the other way around, and yet all of them are successful in a worldly, numerical sense.

Let us focus our missionary work on preaching Christ Crucified, the Church which He established, repentance and regeneration through baptism, reconciliation and forgiveness of sins leading to restoration and union with God. Let us follow the Tradition of the Church, not seeking to deliberately alter it, and thus free ourselves to focus on these things. Americans that are seeking the truth will find the Orthodox faith, despite any unfamiliar externals. I feel blessed to be working with many such individuals in my parishes.

Ordering Our Lives with the Saints

It’s easier to study other people and other things, and how they relate together, than to stand alone,…

On Being a Bi-Vocational Priest

When people meet me, they are usually surprised to learn that not only am I an Orthodox Christian…