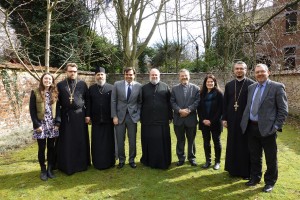 On March 19, 2013, there was a meeting between the deputy head of the European Commission’s Bureau of European Policy Advisers (BEPA), Mr. Schinas, and church representatives in Brussels.

It was initiated by the Brussels representation of the Church of Greece with the purpose to exchange opinions and discuss the problem of crisis, especially the serous economic situation in Cyprus, Greece and other countries of the Eurozone.

In his remarks, Mr. Schinas noted that the financial and economic crisis, which had started in the USA, began to embrace ever greater space in Europe, presenting a threat to the social stability and progressive development of the European Union. He shared his vision of the further development of the situation, noting in conclusion that the role of Churches and religious organizations as an important element of social stability and civilizational identity would only increase in the situation of crisis.

Archpriest Antony Ilyin underscored the importance of dialogue with Churches not only through representatives but also experts. He pointed to the need to set up effective platforms for the civic participation in the EU for reflecting the opinion of all sections of society. He also expressed the opinion that it was important for the EU and Russia to build partnership on the basis of civilizational identity of the European continent in the Greater Europe format, paying special attention to the fact that the Eurasian Union project gave a unique opportunity for dialogue between the two integration blocs which follow the same logic of regionalization. He said that the Russian Orthodox Church was a primary religious and value foundation of the civil society in all the countries in the post-Soviet space. 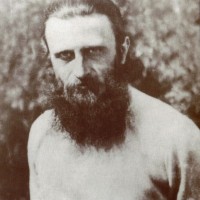