Christians are vanishing in the Middle East

Prince Charles has pinpointed one of the greatest shifts of population in modern times. “It seems to me that we cannot ignore the fact that Christians in the Middle East are increasingly being deliberately targeted by fundamentalist Islamist militants.”

We all lose something immensely and irreplaceably precious when such a rich tradition dating back 2,000 years begins to disappear. 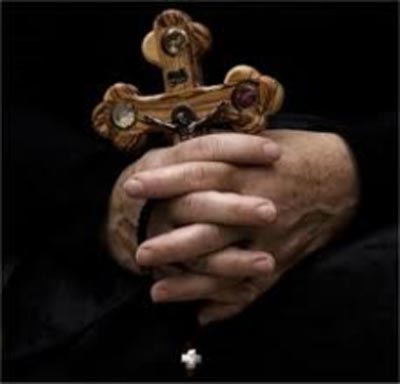 Not only does British royalty recognize the vast nature of religious cleansing going on in the Middle East, but also some British politicians are coming to the same conclusion. Baroness Sayeeda Warsi, a Muslim British cabinet member, recently stated at Georgetown University: “Across the world, people are being singled out and hounded out simply for the faith they hold …. (Middle Eastern Christians) are rooted in their societies, adopting and even shaping local customs. Yet … (a) mass exodus is taking place, on a Biblical scale, in some places, there is real danger that Christianity will become extinct.”

Just a few examples of religious cleansing: 600,000 Christians have been forced to flee Syria, the same number from Iraq and 100,000 from Egypt. And so it goes throughout the Middle East.

Islamists are doing just what they have always done since the death of Mohammed in 632 A.D. There has been an increasing expansion of Islam to the point that 25 percent of world countries and 25 percent of world population is Muslim. Not content with that, Islamists continue to practice religious cleansing — especially in the Middle East and North Africa.