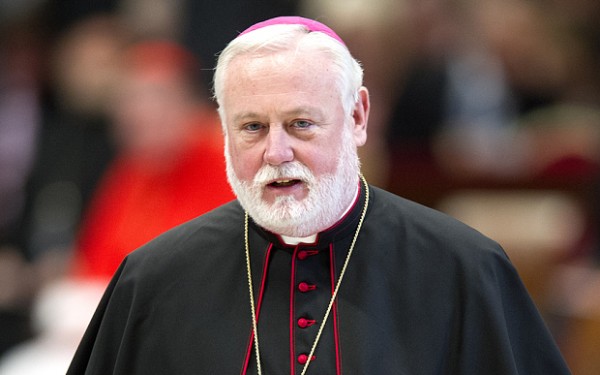 Archbishop Paul Gallagher, the Holy See’s Secretary for Relations with States, said yesterday that Christians persecuted in the Middle East should not be singled out for special protection.

The archbishop was speaking at the Royal United Services Institute in London’s Whitehall about the “foreign policy” of the Holy See under Pope Francis. Archbishop Gallagher was asked whether the recent joint statement of Pope Francis and Russian Orthodox Patriarch Kirill, that emphasised a joint Orthodox-Catholic commitment specifically to defend persecuted Christians, meant special attention should be paid to their plight.

The Christian population in the Middle East has decreased dramatically in recent years. According to figures published by the New York Times, a third of Syria’s 600,000 Christians had fled by July last year; Lebanon’s Christian population has shrunk from 78 per cent to 34 per cent over the past century; and only a third of the 1.5 million Christians who lived in Iraq in 2003 remain today. The primary cause of the exodus has been targeting by jihadi groups and more recently Islamic State…