Churches across Romania to Ring Bells to Commemorate Heroes’ Day 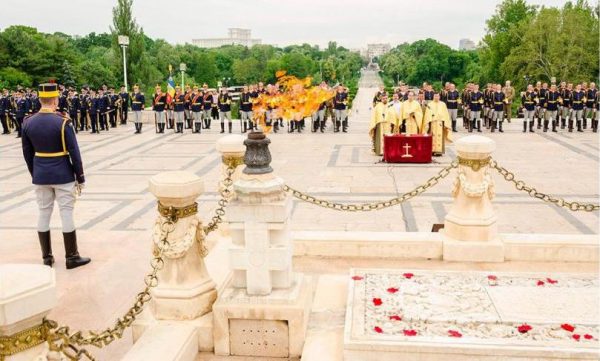 Memorial services will be held Thursday, May 28, 2020, in all cathedrals, churches, monasteries, cemeteries and at all heroes’ monuments across Romania and abroad to mark the feast of the Ascension of the Lord and National Heroes’ Day. The services will be officiated after the Divine Liturgy in compliance with current regulations in the national state of alert.

Orthodox churches will ring their bells at noon as a token of gratitude for the heroes who sacrificed themselves for the nation, faith and country.

The commemoration of the heroes of the Romanian nation on the feast of the Ascension of the Lord was decided by the Holy Synod of the Romanian Orthodox Church in 1920. This decision was later enshrined in two other synodal resolutions in 1999 and 2001 by which this day was proclaimed a national church holiday.

By law 379/2003 on the regime of graves and war memorials, the fortieth day after Easter, the feast of the Ascension of the Saviour Jesus Christ, was proclaimed Heroes’ Day, and a national holiday of the Romanian people.

Romanian heroes, soldiers and fighters of all times and places are remembered during every Divine Liturgy celebrated in the Orthodox churches in Romania, who sacrificed themselves on the battlefields, in concentration camps and prisons for the defence of the homeland and the Christian faith, for the unification of the nation, the freedom and dignity of the Romanian people.

The National Cathedral in Bucharest is also erected in memory of the heroes, the first of its two patronal feasts being the Ascension of the Lord.