Source: Notes on Arab Orthodoxy
We have no future if we do not not understand the constant factors and engines of change in the world today and the motion of history and its repercussions for Antioch's situation and if we do not discern from them the paths to move forward toward the future.
Carol Saba | 20 June 2014 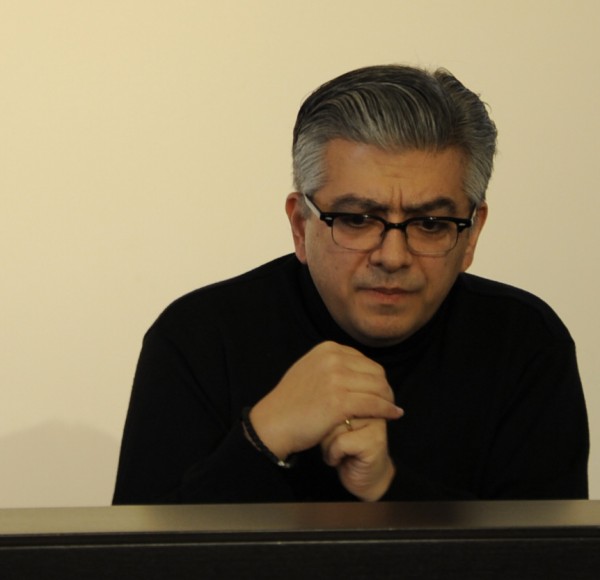 The famous British writer Oscar Wilde said, “Truth is entirely and absolutely a matter of style.” That is, getting the truth across requires a methodical style. One aspect of the illness of the Arab body that has been shattered since the beginning of the 20th century lies in the inability of the contemporary Arab intellect– despite its abundant capacities and past glories– to plan and proactively anticipate critical shifts and challenges. Intelligent impetus in the world requires a critical reading of past approaches, intellectual preparation for understanding present shifts and modern, intelligent ways of confronting them. In his book Being Arab, Samir Kassir says, “The Arabs’ malaise stems from their inability to be after having been” [p. 4 of the English edition rather less literally translates it as “their inability to regain the power and global status they once possessed”]. The problem in traditional, conservative societies is not a mater of capabilities. It is a matter of being able to critically review decline and its causes and to make talents effective and fruitful in order to accurately identify sources and engines of renewal. The problem is the loss of a vision of renewal and specific methods for moving forward. The pages of history are filled with the experiences of societies that grew on glories that passed and then fell because they were unable to move forward as societies with intelligence and modernity. Instead, they stopped reading the shifts affecting them, believing that modernity lies in superficial modernization. The modernization rampant in our Middle Eastern societies is advancement on the surface but deep down it is insularity. In conquering everything, it kills “personhood” and promotes “individualism” that wrenches a person out of his history, society, tradition and identity, stripping him bare. Modernity is renewal, confirmation and enrichment of “personal” [in the Zizioulan sense] identity, since it reads tradition as a living element that pulses with vitality. It is not merely a “heritage” that we embrace without growing and developing it. The societies that are unable to “be after having been” deviate toward schizophrenia in their belief that they still live in the glories that they produced even as they center themselves on a deadly, museum-like marginality that impedes any critical review or renewal. With His Beatitude John X leading our way, we do not want Antioch to center on being a “museum”, no matter how brightly it has shone. Rather, we want it to “be” with a correct vision, effective action and influential word after “having been” this way, as history bears witness. What Antioch needs today is an “approach to modernity” and not “keeping up with modernization”. We have no future if we do not not understand the constant factors and engines of change in the world today and the motion of history and its repercussions for Antioch’s situation and if we do not discern from them the paths to move forward toward the future. This is what His Beatitude, our father Patriarch John X, is working for through the Antiochian conference, “Antiochian Unity: Its Dimensions and Exigencies” that will be held at Balamand June 25-29, whose particular goals were explained in his recent press conference. This important Antiochian event is a paradigm shift in the right direction that we have repeatedly sought since the era of Patriarch Ignatius IV of blessed memory, as my articles in an-Nahar attest. The conference, which will take place for the first time with this form and content and with the participation of all the dioceses of the See of Antioch, east and west, will treat five basic points of focus for the witness of the Antiochian Church and her enlightening national role. These include the See of Antioch’s church media policy, about which I will give a presentation at the request of the patriarch, and which I can only view in terms of “participatory, communicative media”.

The conference is more important than just an operation to “put Antioch’s internal house in order”. The challenges are many, internally and externally. There must be a historical review of the escalation of the crises in Lebanon, Syria and the Middle East and an analysis of the lessons that we can draw from them. In the face of the challenges of Middle Eastern Christianity, there must be an approach to the challenge and exigencies of Antiochian Christian unity. As regards the Antiochian presence in society and what is needed in order to halt its retreat, there must be an examination of  the historical causes, whose roots go back to the Ottoman millet system that imprisoned the Church within the sectarian community, the community within the minority, openness within introversion, and secularism within sectarianism. With time, both the Church and the community lose any effectiveness in society and this is what has happened. Likewise, there must be an approach to the challenge of institutions and participatory Church governance and its implications for Antiochian unity, solidarity and togetherness, not to mention the pivotal challenge of evangelism and renewed pastoral care that is capable of keeping pace with societal dilemmas in today’s globalized world. Amidst the raging flames and rubble that surround us, the danger-zones and the changes in motion, Antioch is called today to make a calm critical review of her ecclesial experience in past decades, to retake the ecclesial and national initiative, and to regain her pioneering role here and now, from the heart of Antioch that is bleeding with pain and leaking hope, unto all corners of the earth where the Antiochian diaspora exists. A British saying goes, “If you fail to plan then you plan to fail.” The modern sensibility of the conference lies in the fact that for the first time in Antioch’s contemporary history, it is striving to make a critical review, an accurate analysis and an effective plan. What is needed today more than at any time in the past is to leave behind traditional approaches in order to re-center the Antiochian Church, which is beset by dangers and brotherly and unbrotherly ambitions, in a qualitative and strategic manner within the context of today’s world and the context of the evangelical revolution to which we were called by the Nazarene risen from the dead: that we be unto the Kingdom its activists and developers, if we know intelligently and with a modern sensibility how to be the Kingdom clothed in enlightened dust, enlightening others and showing the way to that which is to come.

The Middle East is once again demonstrating its international geopolitical and geostrategic centrality at the intersection of Asia,…

Most viewed articles
What Does the Cross Mean for us Today?80
Do We Have A Reaction To The Gospel?63
Most popular authors
Priest Robert Miclean80
Fr. James Guirguis63