Communiqué on The Edict of Milan–1,700 Years Later 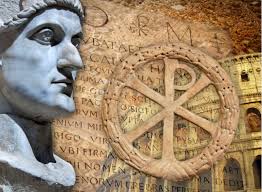 A Seminar on Religious Freedom, organized by the Ecumenical Patriarchate in collaboration with the Council of European Episcopal Conferences, was held in Istanbul Turkey on May 17-18, 2013. His All-Holiness Ecumenical Patriarch Bartholomew officially opened the seminar and delivered the keynote address, while His Holiness Pope Francis addressed a formal message to participants. Delegates remembered and prayed for the two kidnapped Syrian Bishops of Aleppo kidnapped almost one month ago, Greek Orthodox Metropolitan Boulos Yazigi and Syrian Orthodox Metropolitan Mar Gregorios Yohanna Ibrahim.

Metropolitan Emmanuel of France (Ecumenical Patriarchate) and Péter Cardinal Erdö (CCEE) served as joint moderators. The following is a brief communiqué produced at this international and interfaith seminar attended by high-level bishops, scholars, and delegates.

Bearing in mind the early Christian roots of religious freedom and the pioneering newness of the agreement between Emperors Constantine and Licinius in 313, known today as the “Edict of Milan,” namely: that freedom of religion is inherent to each human person created by God; that religious freedom implies that the political power is never identified with a specific religious creed at the exclusion of others, but instead is obliged to stand for justice, peace, freedom and solidarity among all citizens; that the state must recognize the existence of a horizon of divine law, which every community determines according to its own beliefs,

1. Both the Catholic and the Orthodox Churches hold religious liberty as a precious foundation and sacred aspiration of their social doctrine and canonical discipline.

2. Religious liberty, including freedom of worship, is perceived as the freedom of each person to profess his or her religion without constraint from the state or any other individuals or institution. In this respect, religious freedom is also understood as freedom of the faith communities and other religious organizations to public worship, education, and charitable activity.

3. Church and state are distinct but not disconnected. Mutual independence and autonomy as well as cooperation between church and state are fundamental principles of Church-State relations. The state must respect religious freedom for all believers and their communities in promoting a social order based on justice. In contexts where one religion enjoys favorable protection from the state, religious freedom of minority communities must be guaranteed. The state should not foster proselytism in favor of a specific creed. It is obligated to protect the common good and harmony among citizens of diverse creeds.

Our Churches support the 1966 United Nations Covenant for Civil and Political Rights, which states the responsibility of public authorities with regard to the public exercise of religious freedom: “Freedom to manifest one’s religion or beliefs may be subject only to such limitations as are prescribed by law and are necessary to protect public safety, order, health, or morals or the fundamental rights and freedoms of others.” (Article 18 §3)

The same Covenant (Article 18 §4) defines religious freedom as including the right for every faith community to run denominational schools in order to educate their constituents according to their values and religious beliefs. The same protection applies to the administration of every church and religious community, the extension of equal rights with regard to charitable and welfare activities, as well as the security by law of religious property.

Pope Francis underlined that “the common witness of Christ’s disciples in Europe should help to spread the good news of salvation to the ends of the earth, calling on civil authorities everywhere, in the light of Constantine’s historic decree, to respect the right of believers to worship freely and to express their faith publicly.” At the same time, His Holiness “invited all European citizens to recognize the role that Christianity has played in shaping our culture, and to remain open to the continuing contribution that Christian believers can make in this regard.”

Finally, Ecumenical Patriarch Bartholomew reminded participants that “the basic human rights, for which all peoples and societies strive, but which are frequently perceived in a sense of retribution that does not resemble the spirit of the Gospel or Christianity, comprise spiritual values, which the Emperor Constantine planted within the governance and structure of his empire because he discerned and predicted that this was the only way of securing progress and preserving peace.” His All-Holiness concluded: “It is essentially the same values that the modern world has inherited, except that titles have been altered, while humanity now formally declares that it does not believe in God and the hour of Christianity has passed. Nevertheless, despite these cries, Christianity and the Truth are not only not out-dated, but have in fact increasingly matured.”