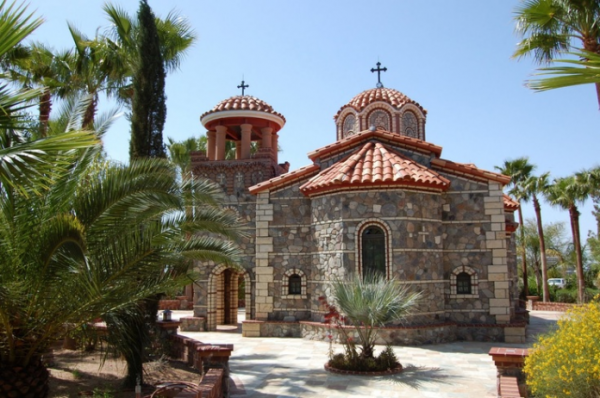 An online petition, Preserve the Sacred Grounds of Saint Anthony’s Monastery recently surfaced on Facebook in efforts to stop the new construction plans to build over 200 homes in the immediate area of the monastery. People who attend services at the Greek Orthodox monastery are hoping that the petition will stop the plans of the developer from changing the zoning for land usage adjacent to Saint Anthony’s, which would lead to constructing homes and building roads.

The peaceful and natural landscape filled with wildlife in Florence, Arizona where Saint Anthony’s Monastery is situated, is the ideal backdrop for worshipers. The grounds attract many out-of-state visitors as well as host a cemetery. The petition has been started to stop the dramatic impact of the new zoning and consequential buildings that “would bring drastic change to the whole community, disturbing not only the Monastery but the neighbors as well,” petitioners say.

The monastery was first established in the summer of 1995, when six Athonite monks arrived in the Sonoran Desert in Arizona carrying with them the sacred, millennial heritage of the Holy Mountain, Athos in Greece. They created much of what is found on the extensive grounds that the monastery is known for today, complete with building the first main church, living quarters for the monks, the dining hall, and guest facilities. Eventually a lovely vegetable garden, a small vineyard, citrus orchards, fountains and an olive grove were added as well.

Saint Athony’s Monastery supports the efforts of the petition and encourages people interested in speaking out against the proposed housing plan to email the Pinal County Board of Supervisors in addition to signing the petition.

The Metropolitan Archbishop Athenagoras currently serves as the Ruling Hierarch of the Greek Orthodox Metropolis of Mexico, Central…