Consolation upon the Loss of Loved Ones

And here is St. Theophanus’ letter of farewell to his dying sister. One cannot but be moved at how each word breathes with the certainty of belief in life after death, with its rapture and tranquility. As though the saint is seeing his sister off not to an unknown land which is hidden from us by an impenetrable curtain, but on a not-too-distant journey, where a joyous meeting with dear relatives awaits her, and to whom the saint sends his greetings.
| 25 October 2010 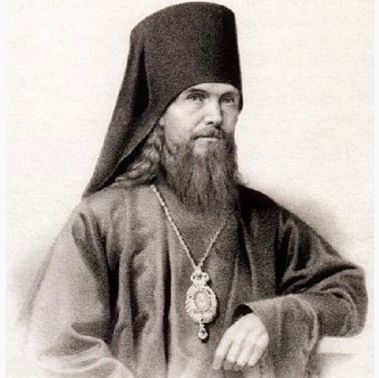 From the letters of St. Theophanus the Recluse

Using as a basis for all his consolations the idea that real life exists not here, but in the beyond, St. Theophanus wished with great fervor to instill this idea into the hearts of those people who are overcome with grief at the loss of loved ones. Accepting with equanimity the fact that human sorrow is quite natural in this particular case, he says, however, that the thought which kills us most – that the dead are no longer with us, that they have ceased to exist, – is simply an illusion: the deceased are quite alive, they are only living in a different form of existence. And our separation is not so lengthy: today or tomorrow – and we will be there ourselves.

“There is nothing unnatural or shameful in weeping over the dead,” – says St. Theophanus. – It would be quite strange if a mother did not weep over the death of her daughter. But one must stay within reasonable limits: not allow oneself to be totally overcome with grief, nor forget those conceptions of death and the deceased which are provided to us by Christianity. She has died! It is not she who has died, but her body; she is just as alive as we are, but only lives in a different state of existence. And, it may be assumed, your daughter wonders at your crying over her and carrying on, because she is doing so much better. That state of existence is better than ours. If she were to appear and you were to ask her to return to her body, she would refuse categorically. Why should you be in such disagreement with her? Why should you wish for something that is disagreeable to her? Where is your love in this case? You can rue the fact that you were unable to look into her eyes for the last time; to hear her last word; to give her a last embrace of maternal love… It is natural to weep over that. But only moderately. Her physical eyes have closed, but she sees with her spiritual eyes. You, too, can look upon her with your heart… Her tongue has become silent, but she still has the possibility of speaking to your heart. Listen and you will hear: “Mother, do not weep and grieve! I am with you, and I feel wonderful.” Let your answer to her be: “Thank God that you are doing so much better!” Her embraces have ceased and will no longer surround you. Yet she, as a spirit, can embrace your heart, and just as warmly as with physical embraces. Respond to her quietly, with a calm and warm memory of her…

If God has decided to take her – so pure and holy – before she tasted the iniquitous delights of the world, shall you struggle against God? – If you are not planning to struggle, why grieve so? In accordance with your pious loyalty to God you should only say: “Let Your will be done, o Lord! As You have decided, so shall it be. For I believe that all that You arrange will be for the good of my daughter and myself.” – Praying thus, always remain cheerful…”

“Bearing in mind that in time we will all go there, we can restrain our sorrow from the painfulness and heart-rending that is inherent to it. Instead of sorrowing try to learn remembrance of death. “Today is his turn, tomorrow – mine,” – so a certain brother used to say and thus taught himself a constant remembrance of death.”

To another person St. Theophanus said the following:

“You wrote that you will grieve terribly over your deceased one. It is impossible not to grieve at all, yet needful not to grieve excessively. It is not she who has died. She is alive, she has only moved to another world. Think of her thus, that she is alive, but in another place and in another state of being. One could grieve if there were no foundation to believe that she will find mercy with the Lord. What sins did she have? She had faith in the Lord and worked for Him with all her might. Of course, no one is completely without sin and obviously she had hers. But the Lord sent her a difficult illness, by means of which He destroyed all these sins, sins of frailty and ignorance. Why should God’s truth punish her after that? Having no doubt that she will find God’s mercy, what sense is there in immoderate weeping and grieving?! It is better to pray, and pray with a spirit of tranquility and fidelity to God. We are not being separated for long! Today-tomorrow, and all of us will go there. May the Lord be merciful to all of us!”

About a certain S., who had been well-known to the saint in life and who had blessedly reposed, St. Theophanus offered the following consolation to his grieving relatives:

“May the Lord give a blessed reposed to the soul of our dear S. He has made a successful journey, and the traveler now joyfully enters his home… The sailing is over and the bark, no longer needed, is broken and discarded, while the merchant travels with his amassed goods to the King of the great city, in order to receive his due reward. And we remain here… Well, what should we do now – weep or what? I rather think we should be glad for S. Thanks be to the Lord! S. will no longer be stuck on this boring and poor earth… Perhaps we should weep for ourselves? It’s not worth it! Do we have long to stay here? A day or two – and we will go there ourselves. I have always been of the opinion that the deceased should be dressed not in mourning, but in festive garments, while we do everything contrarily. To honor the body of the deceased is quite just, that is true. But why, having had one’s fill at looking at the dead body, seeing it in a hideous and ignoble condition, we imagine the deceased himself to be in the same condition as his body? That is an illusion and tears at the heart. In order for our hearts not to be torn apart, we must dispel this illusion… Otherwise, we will start thinking of the dank and gloomy grave, while he, our dear departed, is now in a place of light, in a state of absolute comfort and joy… Moreover, our grief increases when we think of him being gone, no longer existing. But he had no intention of ceasing to exist! Everything is just the same as it was yesterday, on the eve of his death, except that he was worse off then and now he is much better.”

And here is St. Theophanus’ letter of farewell to his dying sister. One cannot but be moved at how each word breathes with the certainty of belief in life after death, with its rapture and tranquility. As though the saint is seeing his sister off not to an unknown land which is hidden from us by an impenetrable curtain, but on a not-too-distant journey, where a joyous meeting with dear relatives awaits her, and to whom the saint sends his greetings.

“Farewell, sister, – he writes. – May the Lord bless your departure and your journey after departure. For you will not die. Your body will die, while you will be transferred to another world, remaining alive, conscious of yourself and recognizing the surrounding world. There you will be met by father and mother, brothers and sisters. Give them our regards and ask them to look after us. You will be much better off there than here. So do not be afraid when you see death approaching: for you it will be a door opening into a better life. Your guardian angel will take your soul and will lead it on the paths which God commands. And stand firm in your belief that our Lord and Saviour erases all the sins of those who repent. The sins of which you have repented have also been erased. Strengthen this belief within yourself as soon as possible and stay with it inseparably. May the Lord grant you a peaceful exit. A day or two – and we will be with you again! We shall see each other soon. Farewell! God be with you!”