Constantinople: Monastery of Stoudios Converting to a Mosque 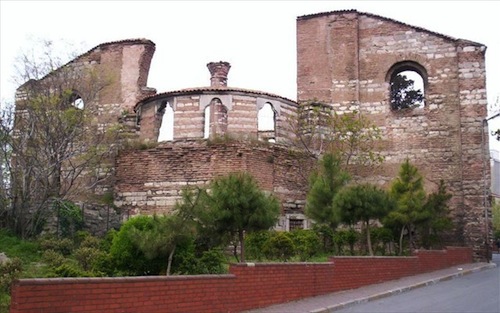 The Turkish government plans to turn the Monastery of Stoudios into a mosque. The monastery is one of the most important Byzantine monuments of Constantinople.

The restoration of the building will end in 2014, and then it will be converted into a mosque. The monastery would be used as a museum but the Turkish government has already declassified the monument.

The monastery of Stoudios, also known as, the monastery of the “sleepless monks” was one of the greatest monasteries of the Eastern Roman Empire, built on the seventh hill of Constantinople. Its contribution to the religious, political and cultural life of the city was significant. For centuries it was the spiritual centre of the Empire and the orthodox world.

The unique mosaic floor of the 13th century with the geometrical shapes and the representations of animals has no protection against the damages of time and the weather. The remnants of the huge building that were spread around the temple, have been used thoughtlessly by neighbors as building materials, especially after the great fire of 1920.