Coptic Christians now in the cross-fire in Egypt 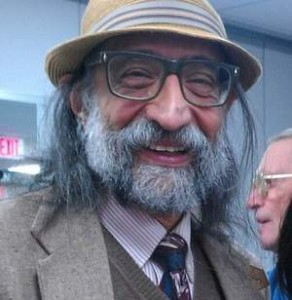 Given the successive contradictory changes in the Middle East, a main question is yet to find an answer: Will the long-term trend in the area be toward increased secularism or through the aggressive use of religion as a basis for political power?

As early as 1928, with the founding in Egypt of the Muslim Brotherhood, the religio-political movements have made inroads on the secular state in Turkey, Iran, Egypt, Libya and Syria among others.

Some of the more troubling events that plagued Egyptian life during the past few weeks were the escalating dangers that Christians are facing as the ongoing political unrest has spilled over into deadly sectarian violence. The actual outbreak of hostilities was preceded by the emergence of a liberal Coptic sentiment supporting the overthrow of president Morci.

During the June 30 demonstrations, Christians broke out of their isolation and passive discontent to join their fellow citizens in the fight against tyranny and dictatorship. Since he took office, the Copts’ spiritual leader, Pope Tawadros II, declared that the Egyptian Church cannot be involved in politics and urged the Copts to decide for themselves whether to participate in the national revolt of not.

That position began the wave of anger by former President Morsi’s followers, leading to a widespread rise in incidents of intimidation and assaults against Christians all over the country.

The Muslim Brotherhood has fiercely criticized Pope Tawadros for supporting the ouster of the former Egyptian president.

Anba Raphael, the Coptic Synod secretary told Al-Ahram newspaper last week that he had high hopes for the success of the revolt.

“The Copts have abandoned their silence and have spoken out loud and clear,” he added.

While Roman Catholic Pope Francis I was in Sicily a few weeks ago asking Europeans to be more welcoming to the Muslim migrants from North Africa, the Christian communities of the major Arab states, Turkey and Iran have all been under frequent assault since the victory of the Iranian Islamic revolt. Many Christians are murdered in cold blood; their churches are burned and schools and hospitals are ransacked.

On July 6, a gang of Islamic militant gunmen shot down the 39-year-old Coptic Christian pastor of Al-Masa’eed church, Father Mina Abboud Sharobeem in the Egyptian city of El-Arish, 214 miles northeast of Cairo.

The terrorists reportedly shot him in the right side of his head, dragged him from his vehicle, and fled in his car.

He was found dead by his young daughter four days later. the shooting was one of several attacks believed to be executed by militant Muslims on Christian citizens.

A few days later, nine Christians were murdered in the upper Egyptian village of Al-Daba’a near Luxor. Christian homes and shops were looted and at least one church building was destroyed. In the Delga and Deir Mawas of Al-Menia in Upper Egypt, three churches were burned during the same week.

The second Christian murdered in northern Sinai in the past week, Magdy Habashi, 60, was abducted Saturday from the town of Sheikh Zweid. It was not until Monday that his decapitated body was discovered inside an old cemetery.

In a tribute to the slain clergyman, Father Sharobeem, the spiritual leader of the Coptic Youth Bishopric said, “You have been felled by cowardly bullets. As a martyr, you will now be able to intercede for us in Heaven.”