Copts under the Gun: Religious Freedom in Egypt 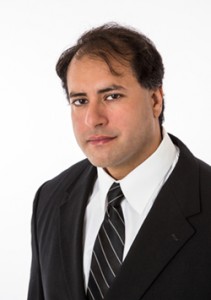 As Mohamed Morsi faces the prospect of an imminent military coup, Raymond Ibrahim, the American son of two Egyptian parents and author of Crucified Again: Exposing Islam’s New War on Christians, talks about the situation in Egypt and its implications, in particular for Christians who already find themselves in a precarious position.

KATHRYN JEAN LOPEZ: What could the backlash against Morsi in Egypt mean for the future of Egypt?

RAYMOND IBRAHIM: On the one hand, the average Egyptian has tasted a solid year of rule under the Muslim Brotherhood — and the majority don’t like it, as evinced by the mass demonstrations currently underway. On the other hand, it is a mistake to think that the uprising against Morsi and the Brotherhood is all about rejecting Islamization and sharia. A great many of those protesting Morsi are doing so less because of his Islamist agenda — which many are indifferent to — and more because he and his party have proven to be incompetent, corrupt, and, in short, making the average Egyptian miss Mubarak. Egyptians have been reduced to not having food to eat — and this is their fundamental concern. All that said, Egyptians have now had a taste of an Islamist government — which always sounded great, in theory — and, by and large, they have learned they don’t like it, the hard way.

LOPEZ: What do the Copts need?

IBRAHIM: All that the Copts want is equality — to be seen and treated as full Egyptian citizens, irrespective of their Christian faith. Under the era of Westernization and modernization, they were indeed largely seen as “regular” Egyptians. But, as Muslims went from emulating the West, to having contempt for it — I discuss this phenomenon at length in my book Crucified Again — so too did they begin to reclaim their Islamic heritage, and its teachings, which are fundamentally hostile to non-Muslims, and so Egypt’s most indigenous and native inhabitants — the Christian Copts — come to suffer for it

LOPEZ: Who was Cyril Yusuf Sa’ad?

IBRAHIM: He was a six-year-old Coptic Christian boy who was abducted and held for ransom. Muslim abductions of Christians is an increasingly common practice, not just in Egypt, but in Pakistan, Iraq, Syria, etc. (as I show in Crucified Again). The boy was eventually killed in late May. According to the Arabic language report, the boy’s “family is in tatters after paying 30,000 pounds to the abductor, who still killed the innocent child and threw his body into the toilet of his home, where the body, swollen and moldy, was exhumed.”

LOPEZ: Who was Agape Essam Girgis?

IBRAHIM: She is a 14-year-old Coptic girl who, on her way to school accompanied by a Muslim social worker and two teachers — one of whom was a Salafi — never returned. She was drugged and awakened to find herself in a secluded place with an elderly woman and Salafis who tried to convert her to Islam, forced her to wear the full hijab, and beat her. She was eventually released — she’s actually one of the few lucky Coptic girls who made it back home (one recent study states that well over 500 Coptic girls have been abducted, raped, seduced, blackmailed, etc., in the last few years).

LOPEZ: Is it an exaggeration to argue that there is a jihad on children in Egypt? And is there a danger in relying on some of the news accounts?

IBRAHIM: Well, what more must happen before highlighting the plight of Christian youth under Islam is justified? Christian boys and girls in Egypt are frequently targeted, often for “ransom” money — as they are in Pakistan, Syria, Iraq, and all throughout sub-Saharan Africa. Those targeting them are Muslims who, for a variety of reasons, have concluded that their actions — targeting Christians for extortion, and often yanking them from the doorsteps of their “infidel” churches — are legitimate in the context of Islam and jihad. I explain this phenomenon — doctrinally and historically – in Crucified Again. Indeed, only the other day, I wrote about new threats directed against Egypt’s Christians, telling them not to join protests against Morsi, otherwise their “businesses, cars, homes, schools, and churches” might “catch fire.” The message concluded by saying: “If you are not worried about any of these, then worry about your children and your homes. This message is being delivered with tact. But when the moment of truth comes, there will be no tact.” Around the same time, Sheikh Essam Abdulamek, a member of parliament’s Shura Council, warned Egypt’s Christians on live TV against participating in the June 30 protests, saying, “Do not sacrifice your children.”

LOPEZ: Is it really fair to say that the Obama administration is enabling Christian persecution, as you do?

IBRAHIM: It’s not just fair — it’s indubitably true. In every single country where Christian minorities live among Muslim majorities, Obama’s policies have empowered the Islamist parties, with the obvious consequence that the Christians are first to suffer. In Egypt, as expected, since the Obama-backed Brotherhood came to power, the persecution of Copts has practically been legalized, as unprecedented numbers of Christians — men, women, and children — have been arrested, often receiving more than double the maximum prison sentence, under the accusation that they “blasphemed” Islam or its prophet. It was also under Brotherhood rule that another unprecedented scandal occurred: St. Mark Cathedral — the holiest site of Coptic Christianity and home of the pope himself — was besieged in broad daylight by Islamic rioters. When security came, they too joined in the attack on the cathedral.

In Libya, after Obama supported the al-Qaeda “freedom fighters,” Libya’s small Christian minority has been targeted in unprecedented ways. Among other things, the very few churches there are under attack and bombed; nuns that have been serving the sick and needy since 1921 have been harassed and forced to flee; foreign Christians possessing Bibles have been arrested and tortured (one recently died from his torture). And in Syria — where does one begin? Churches are being bombed and Christians are routinely being beheaded — most recently a Catholic priest, one of many. I discuss all this in my recent article, “Obama’s Proxy War on Mideast Christians.” If the reader finds this title outrageous, I might point out that, the same day my article was published, it was revealed that Syrian Christians were asking, “Why is America at war with us?”

LOPEZ: Should the persecution of Christians in the Middle East serve as a reminder to us of how precious a liberty religious freedom is?

LOPEZ: How do you avoid being anti-Muslim while documenting “the continuity and interconnectivity of Christian persecution under Islam”?

IBRAHIM: It is one thing to talk about Islam and its teachings — which often are black and white (depending on whether one is a Sunni, Shia, etc.) — and another thing to talk about the Muslim guy down the street. I know the former inside out; I do not know the latter. So I talk about Islamic history, doctrine, continuity, etc. — but I leave room for the fact that, of course, just because someone is named “Muhammad” certainly does not mean he’s a jihadi, anymore than someone named “Christian” is always “turning the other cheek.” That said, I think it is folly to suppress talk about Islam simply because it might make a nominal American Muslim feel “uncomfortable.” It’s a question of priorities: What’s more important — to have the plight of millions of Christians suffering under Islam reach the light of day, even though some Muslims in America might feel uncomfortable at how such news makes Islam look, or to cover up the plight of these millions of victims, simply so Islam doesn’t look so bad in the West? The mainstream media has tended for this latter option. This is why I wrote Crucified Again, to fill the vacuum created by the MSM’s negligence in reporting on the reality of Muslim persecution of Christians.

LOPEZ: “Now that the ‘Arab Spring’ has reached Syria – another stronghold of early Christianity that today is almost entirely Islamic — the attacks on monasteries there demonstrate the continuity between the original jihad and the jihad we know in the twenty-first century.” Is that the backstory to the murder of Fr. Murad?

IBRAHIM: Absolutely. That’s just it: All that we’re seeing today has a long continuity. As I tried to show in Crucified Again, every pattern of persecution we see today — whether church bombings or bannings, blasphemy codes to silence Christians, execution of Muslim apostates to Christianity, destruction of Bibles and crosses, extortion, and even the targeting of Christian women and children — goes back 1,400 years to the very beginnings of Islam, with identical patterns of behavior by Muslims vis-a-vis Christians. This is demonstrably true and documented in the book.

LOPEZ: What goes through your head as you cover these stories of persecution and violence as a son of Egyptian parents?

IBRAHIM: Lots of things: empathy for mideast Christians — as I know that could be me, and actually is some of my extended family — and hence commitment to try to be their voice — the voice of the voiceless; gratefulness that my parents emigrated from Egypt to the U.S. when they did; and despair, for I know that that which is on full display in the Islamic world, is destined to come here — unless the West finally opens its eyes.