Cross in Commemoration of Wrecked Kursk Crew Placed on Seabed

MURMANSK, July 31 (Itar-Tass) — The sea rescue tugboat Nikolai Chiker of the Northern Fleet returned in Severomorsk on Tuesday from the wreckage site of the nuclear submarine Kursk, where the Orthodox Cross was placed in commemoration of the dead Kursk submariners on Monday, spokesman for the Northern Fleet Captain First Rank Vadim Serga told Itar-Tass on Tuesday.

The parents of sailor Dmitry Katkov, who died onboard the wrecked nuclear submarine Kursk, the son of Captain Third Rank Nikolai Belozerov, the mother of Captain Second Rank Sergei Dudko, the relatives of other Kursk crewmen and the participants in the fourth international motor race of Russian naval veterans and high officers of the Northern Fleet were staying onboard the tugboat.

The Orthodox Cross was placed on the bed of the Barents Sea at a mourning ceremony to give the last honours to the dead submariners at the Kursk wreckage site, Serga said. “The capsule with the soil, which an organizer of the motor race and chairman of the all-Ukrainian association of submarine veterans Vladimir Papizhuk had brought from the St. Assumption Kiev Pechora Lavra for the purpose, was put in the Cross,” Serga noted. The two-meter cross was placed on the seabed. The cross is produced by the Kiev Panton Institute on the order from the International Association of Public Organizations of Naval and Submarine Veterans.

“The parents of the dead naval sailors set floating the wreaths with the surnames of all crewmen, who died onboard the submarine Kursk. The soil, which was brought from Kursk, St. Petersburg, Arkhangelsk, Syzran, Voronezh, Severomorsk and many other cities, where the crewmen of the submarine Kursk were buried, was also descended in the sea at the place of the tragedy, “ Serga pointed out.

Priest of the Church of St. Nicholas the Miracle Maker Father Sergius officiated a remembrance service in commemoration of the dead naval sailors.

The Cross on the bottom of the Barents Sea is not the only symbol of memory for the naval submariners, who died in 2000. The first memorial was unveiled in 2002 in the settlement Vidyaevo in the Murmansk Region, from where the submarine went on its last mission. In 2009 the Kursk tower was placed at the viewing platform at the Church of the Saviour on the Waters in Murmansk. The Kursk tower became part of the Memorial to the sailors, who died in the peacetimes. The memorials to the submariners, who died in the Barents Sea, are also erected in St. Petersburg, Kursk, Sevastopol, Severodvinsk and Nizhny Novgorod.

The nuclear submarine Kursk sank in the Barents Sea, 175 kilometres away from Severomorsk at the depth of 108 meters in the wreckage on August 12, 2000. All 118 crewmen onboard the submarine died. 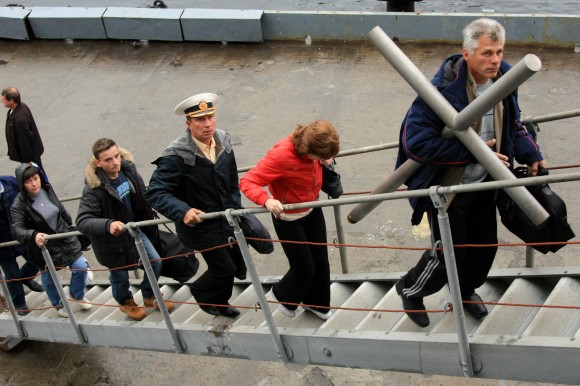 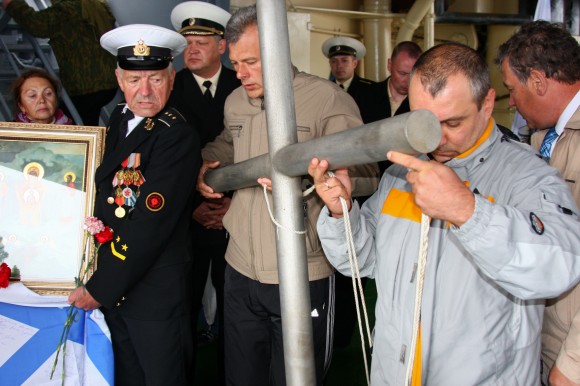 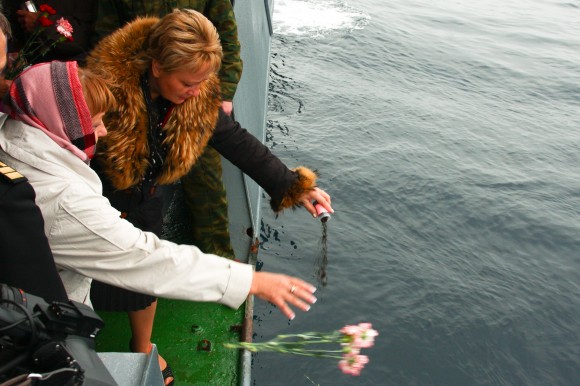 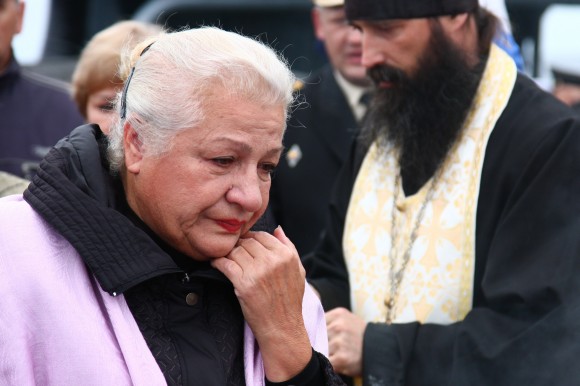 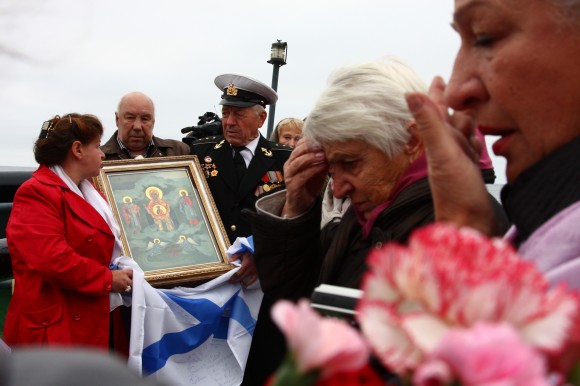 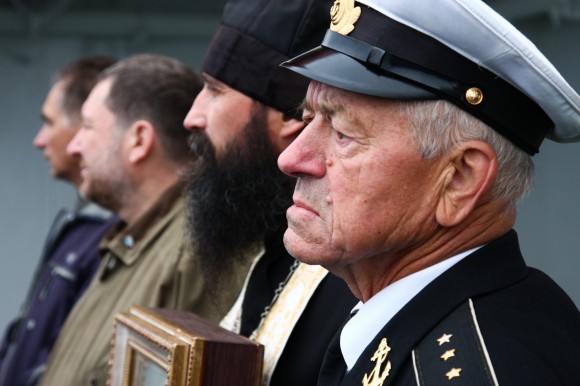 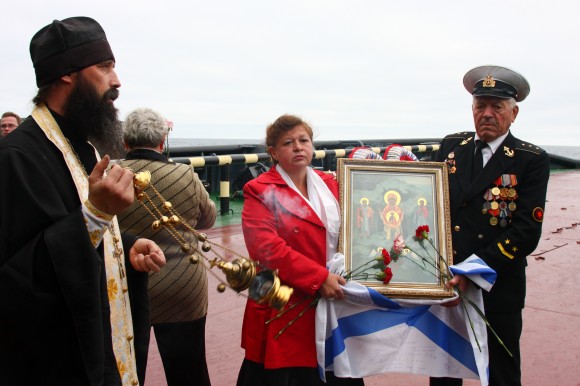 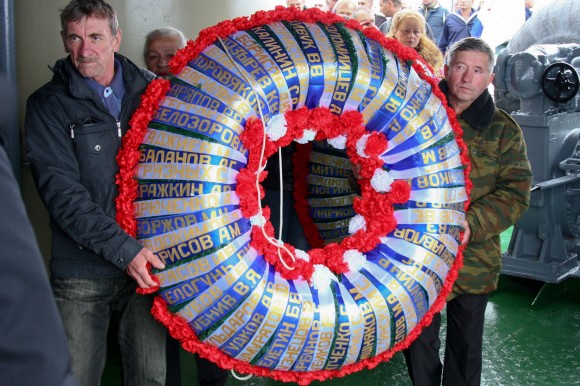 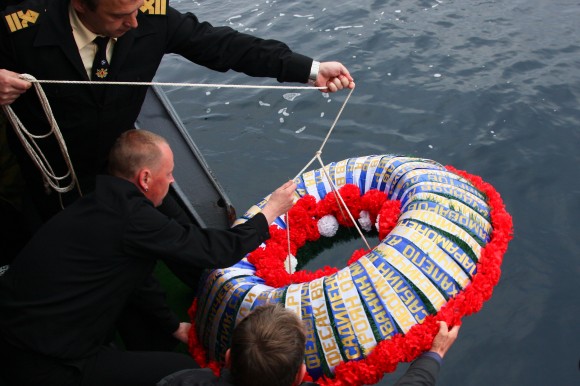 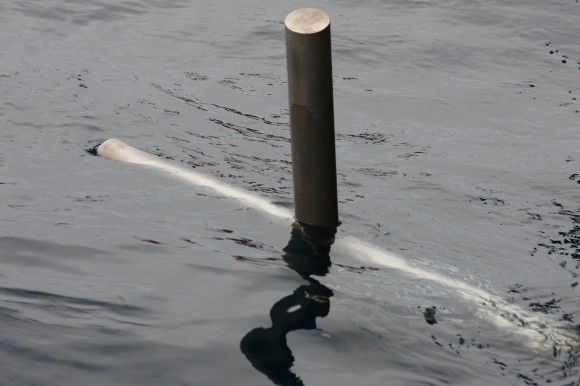