Cut to the Heart! – Bright Wednesday 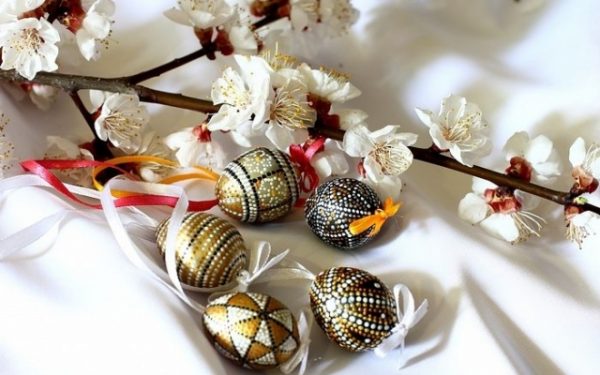 I remember watching him during the service. It had been a while since he’d been in Church and it was obvious. You see, this man wasn’t just a friend, but a former clergyman. And his life had come off the rails and he found himself away from the Faith and living a way he would have never imagined. So, him being in Church was a real event, at least for him.

As the service progressed it came time for the homily. I had already planned what I was going to say without knowing he would be there. Imagine his surprise and my surprise with the sermon hit on the necessary work in coming back to God! I admit, I was almost as uncomfortable as he appeared to be as he listened!

But that’s what happens when God extends His love and truth to us when we are away from Him. At first, it can really be uncomfortable!

IN THOSE DAYS, Peter said to the people, “Men of Israel, hear these words: Jesus of Nazareth, a man attested to you by God with mighty works and wonders and signs which God did through him in your midst, as you yourselves know this Jesus, delivered up according to the definite plan and foreknowledge of God, you crucified and killed by the hands of lawless men. But God raised him up, having loosed the pangs of death, because it was not possible for him to be held by it. For David says concerning him, ‘I saw the Lord always before me, for he is at my right hand that I may not be shaken; therefore my heart was glad, and my tongue rejoiced; moreover my flesh will dwell in hope. For thou wilt not abandon my soul to Hades, nor let thy Holy One see corruption. Thou hast made known to me the ways of life; thou wilt make me full of gladness with thy presence.’

“Brethren, I may say to you confidently of the patriarch David that he both died and was buried, and his tomb is with us to this day. Being therefore a prophet, and knowing that God had sworn with an oath to him that he would set one of his descendants upon his throne, he foresaw and spoke of the resurrection of the Christ, that he was not abandoned to Hades, nor did his flesh see corruption. This Jesus God raised up, and of that we all are witnesses. Being therefore exalted at the right hand of God, and having received from the Father the promise of the Holy Spirit, he has poured out this which you see and hear. For David did not ascend into the heavens; but he himself says, ‘The Lord said to my Lord, Sit at my right hand, till I make thy enemies a stool for thy feet.’ Let all the house of Israel therefore know assuredly that God has made him both Lord and Christ, this Jesus whom you crucified.”

Now when they heard this they were cut to the heart, and said to Peter and the rest of the apostles, “Brethren, what shall we do?” And Peter said to them, “Repent, and be baptized every one of you in the name of Jesus Christ.”

St. Peter preaches his famous Pentecost homily and doesn’t pull any punches, and the words of his homily does what homilies are support to do; comfort the afflicted and afflict the comfortable. The people aren’t going to get better if Peter sugarcoats the truth, and God loves these folks and wants them to be united to Him and His Church. So, when they ask St. Peter and the other disciples “what shall we do?” the situation is set for an amazing event.

Of course we know that over 3000 people enter the Church after this effective homily.

It is vital to our own spiritual growth and healing that we don’t avoid the uncomfortable truths of the Faith. When we are honest enough and humble enough to allow the Truth of the Faith to “cut” us “to the heart” we are at the doorstep of true spiritual healing and spiritual growth. It’s when we avoid the cutting “to the heart” out of fear or anger or even pride that we stay spiritually sick and weak. And, frankly, dear one, a weak Faith simply won’t be passed on in any meaningful way to the next generation.

Today, as we bask in the afterglow of Pascha for the next 40 days, let’s embrace the “bright Light” of Truth and let the gentle, spiritual, surgery of the Truth of Christ cut us to the heart and make us Orthodox on Purpose!