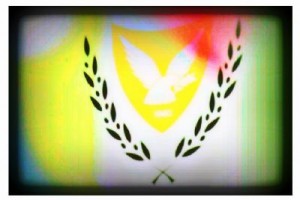 Primate of the Greek Orthodox Church on the island, Archbishop Chrysostomos II, described the Europeans stance at the Eurogroup on Cyprus as “offensive”.

Speaking to reporters after a memorial service on Sunday, the head of the Cyprus church said that when Cyprus is able to, it should leave the Eurozone.

He said that it would be a mistake to back out now from the agreement with Eurogroup for a one-off levy on deposits, adding that “at the same time, we cannot remain in apathy”.

He also suggested that long-term state bonds should be given to those citizens affected to use with the exploitation of the hydrocarbon reserves in the island’s Exclusive Economic Zone, yielding good interest.

Chrysostomos said that those who brought the Cyprus economy to this poor state should be imprisoned.

At the same time, he appealed for calm and urged the people not to take any reaction that might be disastrous.