No one wants to suffer or watch his loved ones suffer a painful illness. But instead of looking at suffering at the end of life as useless and superfluous, Orthodox Christianity teaches that all things have purpose under the will of God, even when that purpose is not understood. Death is a mystery. We don't understand or know all about death in this life. We must have faith in the goodness and mercy of the Lord.
| 17 September 2008

In the last twenty years we have heard much of “Death with Dignity,” the idea people who have a terminal disease or disability, are elderly and infirm, or suffer from severe mental or emotional disorders, should have the right to end their own lives.  Right to Die proponents call for doctors to help their patients kill themselves.

A popular and vocal advocate of the Right to Die movement is British born author and journalist Derek Humphrey.  Humphrey founded the Hemlock Society in 1980 to promote the legalization of physician assisted suicide.  The Hemlock Society claims 50,000 members and 90 chapters in the United States.  Mr. Humphrey is also the president of the Euthanasia Research and Guidance Organization (ERGO), a sister group to the Hemlock Society.

Humphrey’s most popular book “Final Exit: The Practicalities of Self Deliverance and Assisted Suicide,” is a manual of suicide that describes in minute detail how to kill yourself and assist others in killing themselves. It tells how to get around the legal issues surrounding euthanasia and suicide. Published in 1991, the book spent eight weeks at number one on the New York Times bestseller list.

“The right to choose to die when in advanced terminal or hopeless illness is the ultimate civil liberty” Humphrey writes.  Here Humphrey unwittingly provides a clear illustration of post-modern and atheistic thought. This simple statement denies the sovereignty of God by assuming that man is in full understanding of the ways of life and death and is the judge of his place in the universe. Humphrey’s statement is the ultimate credo for man to play God.

In another essay, Humphrey discounts the idea that the euthanasia movement in Nazi Germany was the beginning of a “slippery slope” that led to the Holocaust. Humphrey’s challenge has a false and hollow ring.  He never addresses the point that in societies where life is not held sacred, death grows cheap and pervasive. 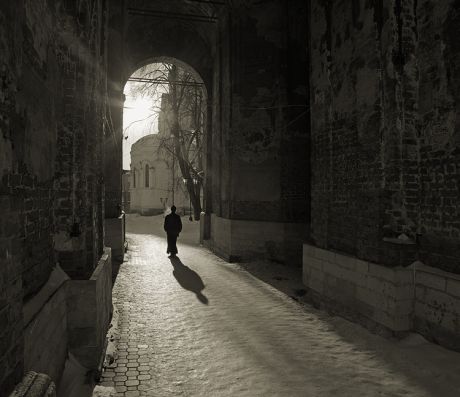 Orthodox Christianity stands against the Right to Die movement.  The Sixth Commandment is clear and unequivocal: Thou Shalt Not Kill. This primary commandment of God shapes the moral teaching of the Orthodox Christian faith that euthanasia is murder.

“The deeply believing Christian must be ready to accept any death, for his faith in the resurrection and in the infinite goodness of God are measured by his acceptance of death.”

How we meet the fear and pain of death reflects our faith in the promises of God. Yet Orthodox Christians undergoing the duress of watching a loved one suffer or suffering themselves may be tempted to rationalize the teachings of the Right to Die movement.

No one wants to suffer or watch his loved ones suffer a painful illness.  But instead of looking at suffering at the end of life as useless and superfluous, Orthodox Christianity teaches that all things have purpose under the will of God, even when that purpose is not understood. Death is a mystery.  We don’t understand or know all about death in this life.  We must have faith in the goodness and mercy of the Lord.

In the manner of our death, as in the actions of our life, we have the responsibility to set forth a Christian example for all of those around us.  To end suffering by killing is to play God by deciding when life should end.  We need to stand up to those who foster a utilitarian and individualistic view of life and death.

Embracing euthanasia teaches our children, families, and communities that it is okay to give up, that the sufferings of Jesus Christ and the martyrs of the faith are worth nothing.  Killing the infirm is the embrace of darkness and the denial of the eternal light of God.

The Gospel teaches that we are to take up our cross and follow Christ.  This life is a race to be run and a fight to be fought that can be painful, long, and often difficult.

As we face our own time of pain, sorrow, adversity, and even death, a great gift to our children would be a manner of life and death that inspired them to trust in God and to persevere in the face of their own hardships. We may be able to help them say at the end of their lives, “I have fought the good fight, I have finished my course, I have kept the faith.”

This confidence and courage that brings blessing and hope is stolen by the easy answers and painless death promised by euthanasia. Death with piety is the real death with dignity.

Christopher Huckabay is a member of Annunciation Greek Orthodox Church in Little Rock, Arkansas and a dedicated Orthodox Christian. 9 Jul 06