Do Only What You Like: How Cruelly This Setting Deceives Us 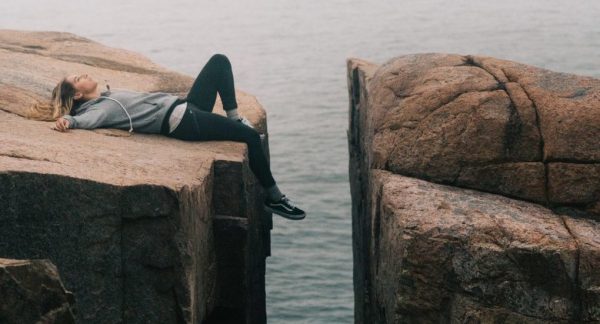 I would give such a headline to the whole paradigm of modern “glossy” psychology. I exaggerate, simplify, but, it seems, I’m not lying. We grabbed this wonderful new knowledge and carried it with enthusiasm to our own lives and to raising our children.

You do not want to do homework with children? Do not do it! Don’t want to read a book? Do not read! It’s better to be a happy mom than a furious one because of the boring tale! It’s better to let a child shape dumplings with enthusiasm than cram the table of multiplication; there are many professions without mathematics, aren’t there?

Actually, what is wrong here? I myself agree with lots of these… But! The problem is that it is both a delightfully useful truth, and a monstrously harmful lie. It depends on which case to apply. And the line is so thin that we apply this principle very often – out of place and to our detriment. Okay, not “we”, I’ll just tell for myself.

For example, being a child I liked to draw. I studied at an art school and sometimes wondered if I should become an artist. But closer to the end of the study, the teachers said that it was pointless to go to the nearest college of fine arts. And for admission to Stroganov’s Academy or Surikov’s Institute it would be better to work hard additionally for almost a year. And somehow, after hearing that I immediately lost my attraction to drawing and being an artist… For a certain number of years.

But years passed, and what was not realized from banal laziness still has its effect on me. From time to time I try to ‘decorate’ my apartment with acrylic paint (to the horror of my family), paint the front (of an apartment building), or at least a rural toilet (in the ‘designer-will-understand-and-the-rest-will-get-sick’ colors). Maybe it’s not bad, but a little more confident art skills would be nice to have. They would be useful at work, too: as an editor, I often suffer from the fact that I suddenly realize exactly which picture I need, but I can’t draw it at the right level, and there’s no chance to order it at the last moment.

I heard similar words from my daughter’s music teacher not long ago. I wanted to take my daughter from a music school on the pretext that she didn’t really like it anymore.

– But if the vocation…

– Vocation! To understand exactly whether there is a vocation for music, she needs to take music to the next level. And not this strumming. As soon as she learns to play better, listen to herself, then she will understand whether she needs it or not.

As a result, we took the child for a month and a half to think. She returned herself, and doesn’t want to quit yet: of course, except when she needs to parse any difficult bar.

There is something in it, isn’t there? It is one thing when a child is initially indifferent to music. Another thing is when he or she enthusiastically practices for a year or two, and when the program becomes complicated he or she loses courage. The parent thinks: “Well, he doesn’t like it; we’ll look for something else”. But it is not that the child doesn’t like music itself, he is just afraid of the difficulties. The difficulties that we need to help the child overcome. Indeed, the fear of failure is often masked under “laziness” and “I do not want it”.

And often a mother like a modern person thinks: “Well, I do not like to sit over his textbooks! It’s just that I have such a child. After all, no one ever died from C marks!” But there might be a musician, mathematician or philologist ‘dying’ inside who just hasn’t received help in time.

They say that the right motivation removes the problem of laziness. Like, if there is motivation then everything will come on its own. And if you need to overcome something, then you are simply on the wrong path. But you know, as a vain person, in an art school, I had enough both external motivation — an exhibition — and internal motivation: I really liked creating. I used every extra scrap of paper for drawing. The truth is that overcoming and constancy are key to any development. And, in fact, they are the key to sustainable motivation, and not this: “Maybe try this? Oh, this is too complicated… ”

Talent is the initial impulse, it gives inertial motion, and inertia fades over time. If talent pushed a person into sports or art, he will still need engines: diligence, persistence, and new skills.

There are probably too many people among modern parents who were forced to play the violin over the course of eight years. And therefore they have such a great fear of “pushing too hard”. They are ready to give up all classes with the child at the first difficulty because “motivation has disappeared”.  Of course, this is a very useful experience and the right desire: to give the child freedom of choice and self-determination. The only problem is that sometimes without some effort it is impossible to understand exactly between what and what you choose. Especially if you are still young, arrogant and careless. It’s great that parents learned to give their children freedom in choosing their way. But it’s too early to leave a child alone on the road.

And as someone who gave up and began many hobbies quite freely and without pressure from adults, I see that this, of course, gives a lot. But the skill to bring things to the end is still a very useful thing. And to study it only at thirty-something is a little difficult.

And one more thing: the problem for us, adults, is precisely that we often do not want to learn at all.

This applies not only to the profession or a new hobby: here the situation is more or less ok. We do not want to learn what causes the slightest discomfort and requires at least minimal effort: patience in communication with our neighbor, self-restraint, self-organization, prayer… We agree to have “faith in the soul” and instead of the asceticism we prefer to not scold “our neighbors” living somewhere far away, like in Uruguay. But as far as real life is concerned, more and more enthusiastically we apply peppy slogans of certain popular psychologists with clearly untreated childhood injuries that shout: “Is it difficult? So get a divorce! Do not like it? Don’t do it! ”

And we do not do it, without understanding who dictates this “do not like it”. Is it really “Me” or, according to the apostle, the “sin [that] dwelleth in me”?